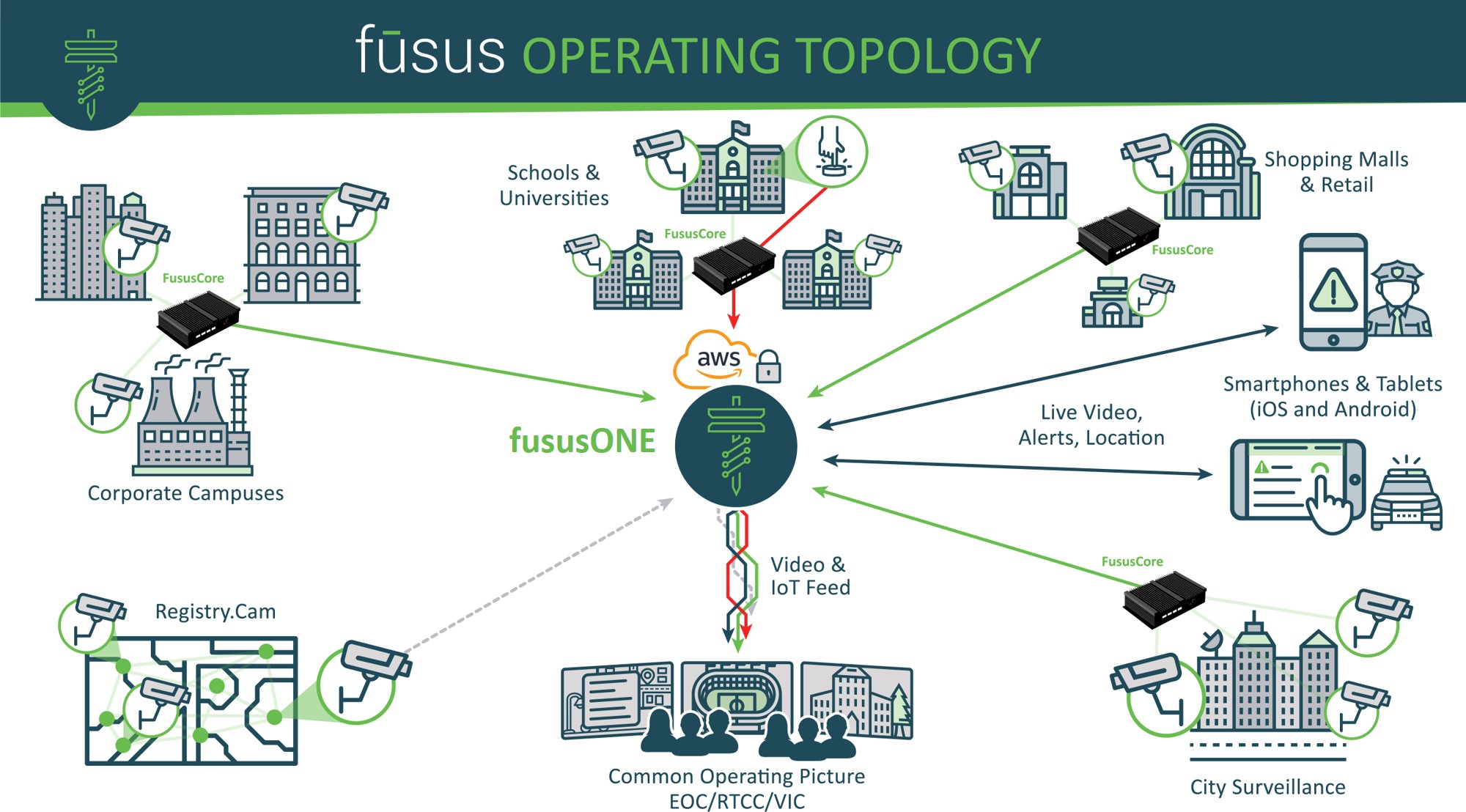 Fusus announced the official launch of its unified video platform for smart cities and communities. Fusus removes barriers created by disparate camera systems by fusing all private and public video sources into a single platform known as FususONE. Fusus can be dropped onto any network in any building, anywhere in a city. Within seconds Fusus detects, analyzes and connects to every camera on the building’s network and sends a unified video feed to a single web-based interface. Field-based users of the Fusus platform, such as police, fire, and EMS personnel, can access a mobile version of the system via an iOS or Android compatible mobile app to stream video from incident sites, transmit their location, send panic alerts, receive image and text alerts, and communicate directly with their command centre.