News
Ukraine’s Ajax Systems expands into Canada and the U.S. 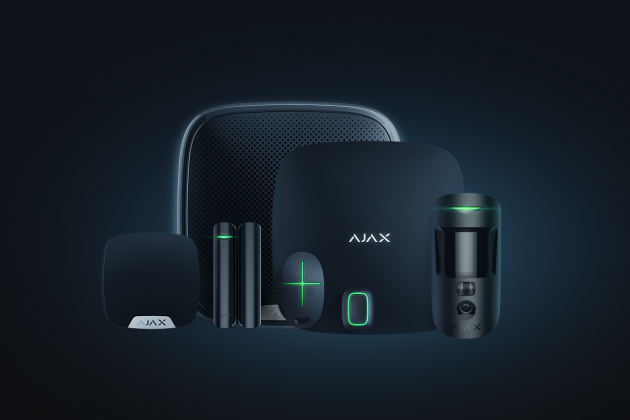 Ajax Systems, a Ukrainian maker of security systems, is now marketing and selling its products in North America.

Established in 2011, Ajax products are available in more than 130 countries and the company says its global user base is in excess of one million customers.

So why North America now? According to Ajax, it has received certificates from both the Federal Communications Commission and Industry Canada, allowing it to expand into markets where the 915 MHz frequency band is used. The U.S. and Canada are new target markets for Ajax, as are Australia and Southeast Asia.

“In order to maintain the quality of the Ajax user experience in the new markets, we’ve done a tremendous amount of work — adapted the hardware, reinvented the radio technology, expanded the software capabilities at all levels, tested, certified, prepared the supply chain and production,” said Ajax in a statement provided to SP&T News.

Harman, the company’s director of sales for North America, joined Ajax in January 2022. Ajax has had a booth presence at major industry shows this year, including ISC West, held in Las Vegas in March and Security Canada East in April in Quebec. The company will also exhibit at the upcoming ESX conference in Texas, as well as the remaining 2022 Security Canada shows.

“We’re looking to disrupt the market and make a big impact,” said Harman, adding that he has had several discussions with security distributors and monitoring companies on both sides of the border.

In April, Ajax announced a partnership with Lanvac Surveillance, which offers wholesale monitoring capabilities across Canada. Lanvac was the first wholesale firm in North America to provide dealers with Ajax functionality.

Ajax’s expansion comes at an especially challenging time for its home country. But, against the backdrop of the Russian invasion of Ukraine, the company says that it remains resilient and is doing everything it can “to ensure that our own and partners’ businesses work as usual.”

Ajax’s server infrastructure is dispersed across Europe, ensuring continuity of service for customers, says the company. Ajax also recently opened a new production facility in Turkey, with expectations that it will produce at least 150,000 devices a month.

Ajax is hiring approximately 400 people to staff that facility and is also expanding its R&D team, both in Ukraine and in Poland. More than 600 Ukrainian Ajax employees and their families have already been relocated for their safety, according to the company.

Earlier this year, Ajax launched an Air Alert app for iOS and Android in cooperation with developer stfalcon and the Ministry of Digital Transformation of Ukraine. Ajax says the app informs users about the beginning and end of civil defence alerts and has been installed more than five million times.