Toronto’s oldest home, the John Cox Cottage, built in 1807, is now a smart home, according to Best Buy. 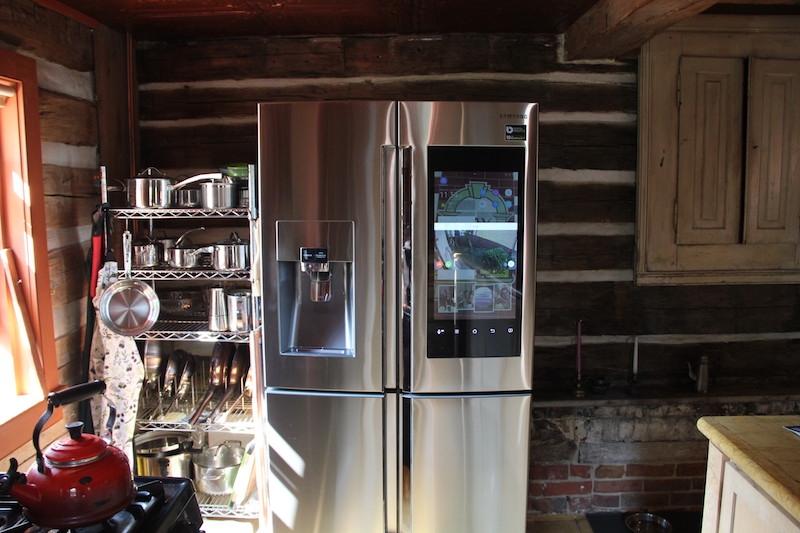 A range of devices

The company installed several smart devices throughout the house, many of which are voice-operated via Google Home, including Hunter Douglas smart blinds, Philips Hue lights, a Roomba and a WeMo mini smart plug.

Among the security devices is a NETGEAR Arlo 1080p HD camera at the front door, with a built-in microphone for two-way communication, remote access and cloud storage.

The house now also features a Ring WiFi 720p video doorbell, which is connected to a Samsung Family Hub refrigerator. When the doorbell rings, video is transmitted to the screen on the fridge’s front door. Built-in two-way communication also allows users to communicate with whomever is at the door.

Finally, the back door has been outfitted with an August WiFi smart lock, which can be controlled through a phone or tablet and connects to WiFi or Bluetooth. The lock can be remotely controlled and provide guest access via a digital key.

“Any home can be smart”

Why did Best Buy decide to integrate all of these systems in the John Cox Cottage?

To prove that “any home can be smart,” says Zayn Jaffer, vice-president of emerging businesses, Best Buy Canada.

The devices were chosen based on “which brands people actually take a liking to,” he continues. “Functionality’s a big requirement, especially in people’s homes, so those were the main concerns.”

The most popular devices include the smart fridge, which is connected to the Ring doorbell, the Hunter Douglas blinds and the Roomba, both of which are voice-activated, Jaffer adds.

Each individual component “can take anywhere from five minutes to 20 minutes to install.”

When asked whether do-it-yourself (DIY) devices such as these will replace more traditional installed and monitored security products, Jaffer remarks that it will “depend on what [the end user’s] needs are going to be.”

“The average consumer is definitely going to get into the DIY space,” he explains, “but I do know we have wired cameras that are absolutely being sold right now because customers need those for bigger homes and they want more of a pro-based solution than a DIY-based solution.”