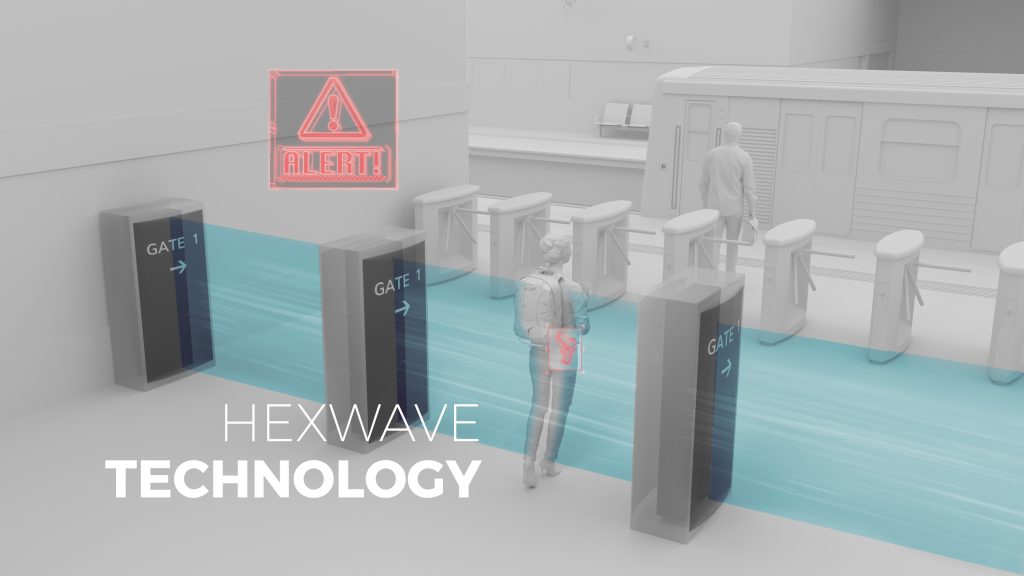 Toronto Pearson International will be the first airport to test Hexwave, a radar-powered weapon detection system.

The Greater Toronto Airports Authority (GTAA), which operates Canada’s largest airport, signed a collaboration agreement in early October with Liberty Defense, a Vancouver-based firm working to bring to market a technology it licensed from the Massachusetts Institute of Technology.

Dwayne MacIntosh, director, Corporate Safety and Security for GTAA, said in an interview with SP&T News, “At Pearson, we think we have very advanced approaches to security today, but again, I think you can’t continue to do the same thing.” He continued, “We’re looking at doubling passengers across the global community. And we want to make sure that we’re considering all of the necessary aspects to ensure security is there, to ensure it’s at its highest level while maintaining the idea of having a seamless passenger journey.”

Hexwave uses three-dimensional radar imaging to create images of objects on individuals’ bodies, and those are analyzed by artificial intelligence to determine if they are benign or deadly. The firm’s CEO Bill Riker told SP&T News it works for both metallic and non-metallic items; it can be deployed overtly or covertly, both inside and outside; and it can integrate with video management, access control or a security operations centre.

MacIntosh said Riker approached GTAA about the technology to see if there was interest in adapting it to an airport environment. “We had a number of conversations, Bill, myself and his entire team.”

MacIntosh said this technology is going to augment Pearson’s current security program, not overhaul it. “We have our current screening points, which are driven under the Canadian Air Transport Security Authority (CATSA) and the federal government. That’s not where I see this technology being used.”

Instead, the director wants to experiment with Hexwave sensors at the doors of terminals. “We have to figure out what that looks like. It’s Canada—how do we control these things in weather conditions?”

MacIntosh explained that deploying sensors at the doors or curbs of terminal entrances poses another challenge; people don’t walk in one at a time. “I might be hand-in-hand with my wife or hand-in-hand with my child,” he said. “We don’t know how we’re going to operationalize this, but we are certainly interested in testing it and developing the technology.”

MacIntosh also wants to deploy the technology in Pearson’s corporate facilities, parking garages, and possibly access points to the airfield. He said testing will take place over short intervals, for periods of several days or possibly a week or two, hopefully starting next spring.

Riker explained that this testing is an important part of Hexwave’s development process. “This will be a chance to get out there and see how it (Hexwave) performs under certain structures, see if there’s interference issues.” He continued. “We’ll also have targeted threat items that we’ll be looking for, based on the training that we’ve done for the AI by that time.” Hexwave’s AI can be updated to recognize new threats, according to Riker.

Riker said user feedback from partners like GTAA will help shape updates before the firm goes into its final design for production in Q4 2020.

As far as how Hexwave factors into Pearson’s long term plans, MacIntosh said any firm purchases are dependent on how testing goes. He also notes the airport would also need to work collaboratively with CATSA and Transport Canada to implement the technology permanently.

In addition to its work with Pearson, Liberty Defense says it will test Hexwave at FC Bayern Munich’s Allianz Arena in Germany, Rogers Arena in Vancouver and Camden Yards in Baltimore to measure its capacity to secure stadiums. It is also testing with the state of Utah, the Virginia Division of the Capitol Police, a shopping centre chain, a Hindu religious and social organization, and in the Metro Toronto Convention Centre (MTCC).

MTCC, which over the past 35 years has hosted over 21,000 events, will be the first convention centre to partner with Liberty to test Hexwave.

“MTCC has a strong reputation for being on the cutting-edge of services and facility operations, which includes a proactive security philosophy that stays ahead of emerging threats. We are pleased to participate in testing for Hexwave along with other world-class venues. As we explore ideas for continuous operational improvements, we consistently look at technologies that can both enhance efficiency and security while delivering a positive customer experience,” said Vince Quattrociocchi, vice-president of Operations at the MTCC, in a prepared news release.