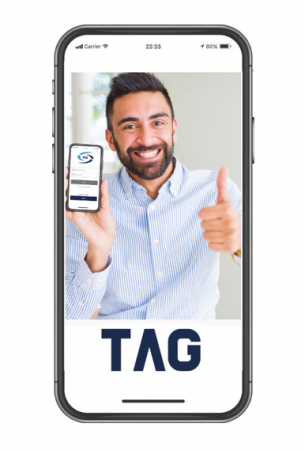 A Toronto-based company has launched an app-based alarm response service that will put a security guard on the scene faster than previously possible, according to one of the firm’s executives.

The app and accompanying infrastructure, called TAG Dispatch, is available to central stations and alarm dealers, says managing partner Michael Shvarzman. Utilizing an on-demand model, TAG Dispatch sends out a request for dispatch based on the alarm’s location. A TAG security guard, or “Tagger” in the company’s parlance, can respond to the call via the app and immediately make their way to the premise in question. The system is designed to reduce alarm response to minutes, says Shvarzman, overcoming the age-old problem of slow or delayed dispatch that has frequently plagued the security business.

The average response time is currently less than 20 minutes, says Shvarzman, but could be as low as 10. “If the monitoring centre receives an alarm from the end user, whether it’s a business or residential, they follow the action plan, which would be to call the keyholder to see if they can reach them. We get into the picture when they can’t reach anyone and now it’s time to dispatch,” he explains.

Once the Tagger arrives at the premise, they follow the protocol as determined by the app, checking perimeter doors and windows, and taking pictures. The information is filed as a report to the central station, which can also be delivered as a pdf to the property owner or manager.

“Once he finishes his inspection and he hits submit, within 30 seconds, the monitoring station has a complete report with the timeline, the dispatch, when the Tagger received the call, when he was on route, when he got to the site, inspected it…. All the timelines are there. It’s all GPS driven. It’s all done automatically by the TAG platform,” says Shvarzman.

The service is currently available in Ontario’s Golden Horseshoe and across the Greater Toronto Area. TAG Dispatch is also expanding to Vancouver, Langley and Burnaby in B.C. and in London, Ont.

Shvarzman says there are more than 500 Taggers currently signed up for the service. To qualify, they submit an application that includes information about their current guard licence, driver’s licence, work history, etc. Once they have completed TAG’s training course and are approved, they are sent a TAG branded safety vest and running lights that can be affixed to their vehicle.

Shvarzman declined to say who the app’s current customers are but confirmed that several central stations are already using the service. There are no set-up fees or monthly billing, he says — customers follow a pay-as-you-go model. The Taggers are paid per alarm call they attend.

Shvarzman, who was an alarm dealer for more than 18 years, says he’s familiar with many of the industry’s pain points such as false alarms and slow response. “When I designed TAG, I designed it with the dealers in mind. It was to solve problems for the dealers…. I was struggling with a lot of those issues that dealers are struggling with every day.”

The service was launched in March — not an ideal time to start a business, acknowledges Shvarzman. A self-described people person, Shvarzman says he prefers in-person contact and face-to-face networking. When the COVID-19 pandemic brought all that to a swift end, he resorted to video-conference meetings, as so many other businesses have done.

While the circumstances may be unusual, they have not stifled business growth, he says. Residential alarm owners may have been home most of the time during the earliest months of the pandemic, but many commercial businesses sat vacant, requiring additional guard response to any alarms that may have been triggered. When life eventually returns to normal, and more people go back to work, that will even out over time. He anticipates a roughly 60/40 split in commercial versus residential business over the long term.