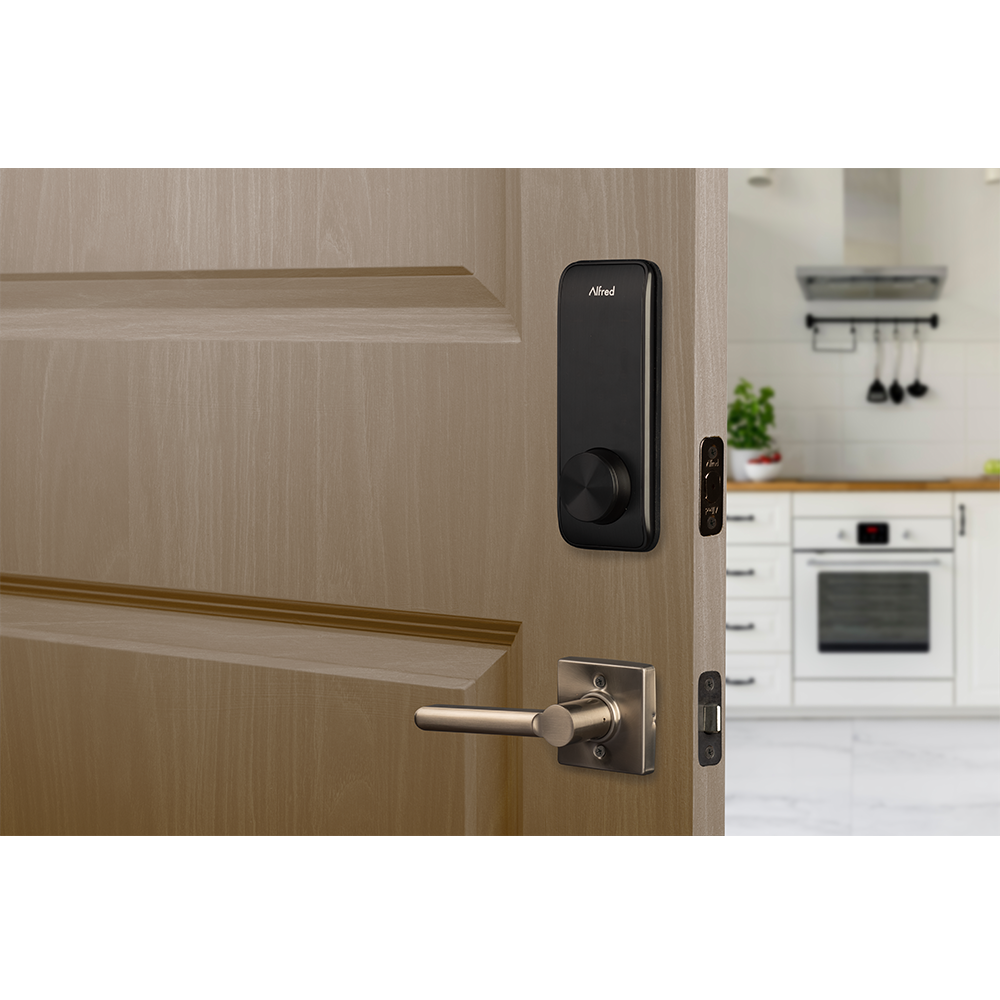 A new Canadian smart lock company aims to capitalize on what one of its founders describes as a severely under-served market with huge growth potential.

The smart home market overall is projected to grow at a CAGR (compound annual growth rate) of 16.5 per cent, reaching US$144 billion by 2025, according to Research and Markets. A sizeable portion of that could be smart locks, according to David Steele, head of partner development at Toronto-based Alfred International.

Smart lock adoption rates are still relatively tiny, says Steele, a veteran of the access control industry. But the potential is there — driven by smart phone adoption and the entrance of crucial players like Google and Amazon into the home automation market.

Alfred incorporated in 2018 and officially launched its first product in January 2019 at the Consumer Electronics Show (CES International) — a deadbolt smart lock. Steele, who designed the product specification along with partner Dan Cook, says the lock’s sleek look was the first consideration in order to differentiate it from competitors. There’s a tendency for the industry to take existing locks that have served the market for decades and simply add smart components, like push-button keypads, he says. “We decided to focus on design and we really stuck with that all the way through.”

The deadbolt is available in two varieties: DB1, a consumer-focused product available online and through retailers like Best Buy, and DB2, a professional grade model available from security distributors and installers as well as directly from the Alfred website. (DB2 is also available in a keyed version.)

The primary target for these products is the single-family dwelling, says Steele, and the basic version can be installed in about 10 minutes. The locks can be accessed via PIN and Bluetooth out of the box and are Zigbee and Z-Wave compatible for integration with a third- party smart hub. Both the DB1 and the DB2, can be assigned up to 20 PIN codes and an optional Wi-Fi bridge allows for connection to Amazon and Google devices.

The locks currently require a battery to operate (a wireless charging unit was introduced in January for a mid-year release). Battery life is approximately a year and a lock without power can be temporarily activated using a micro USB.

Using an app to operate the lock opens up other possibilities, states Steele, such as checking the lock status from a phone or remotely opening the door for a dog walker or maid service.

There is also the potential to use the lock with an Airbnb property by assigning temporary keys to visitors.

The product is multi-generational by design, says Steele. Younger users will be comfortable treating their locked door as another app on their phone, but they may also want to install a lock for aging parents, so they can double-check that their door is locked at night, or let in a home health-care worker.

A mortise version of the lock, ML2, designed for multi-family dwellings, such as condominiums, was just launched at CES 2020, which opens up a much larger market for Alfred, says Steele. He says a condo can update its existing lock to the Alfred model at roughly half of what it would normally cost to install a brand new smart lock, giving developers and condo corporations an incentive to consider a building-wide upgrade. The mortise also includes a card reader, allowing for card or fob access.

Alfred is currently a five-person operation and functions from its Toronto location, but there is growth potential on the horizon. The anticipated target market at launch was Canada, says Steele, but the U.S. came online almost simultaneously and quickly proved to be the fast-er adopter of the product. The company plans to open a U.S. logistics centre to aid its American distribution plans.