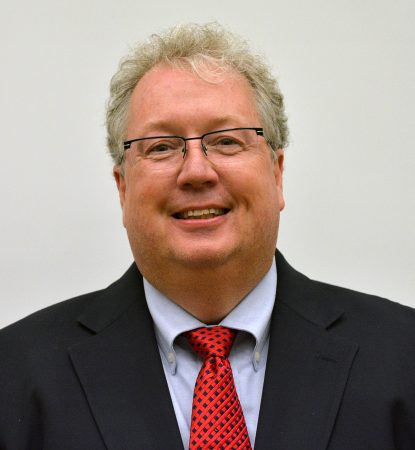 The Monitoring Association (TMA) is in the midst of developing a new Alarm Validation Standard (TMA-AVS-01) designed to provide central stations and first responders with a greater level of certainty as to whether an alarm signal constitutes a real emergency or not.

The alarm and security industry has been confounded by a high level of false alarms for decades, with some jurisdictions reporting false alarm rates of 95 per cent or higher. TMA and the committee that is currently working on the Alarm Validation Standard hopes to address that issue and help responders make more informed decisions by better utilizing the trove of data that today’s security and alarm systems can generate.

“What we’re trying to do is restore public safety confidence in intrusion detection, burglar alarms and such security systems,” said Jay Hauhn, a committee member and former TMA CEO and executive director.

When an alarm is tripped, a signal is received by a central monitoring facility, but there is often a raft of other data that may be generated, including video and audio. When available, information is typically examined after the alarm event has taken place. The goal of the proposed validation standard is to use that data, as well as other existing information, to quickly produce a classification that could help responders understand the type and criticality of the emergency they are facing.

In the event of an alarm signal, “we look and see what data is available with respect to that burglar alarm activation and use that data to put a confidence classification together to determine the probability of a crime in progress,” explained Hauhn. That score would be communicated immediately to a 9-1-1 centre or emergency communications centre. “We’re trying to provide them with additional information that will help them set their response policies.”

Many modern automobiles are equipped to report relevant and timely sensor information in the event of a crash, such as the speed the vehicle was travelling, airbag status, position on the road, etc. “We’re trying to duplicate that philosophy in intrusion detection,” said Hauhn. “It goes without saying that we’re becoming a data centric world — everything we do is data driven.”

Alarm.com, for example recently introduced its Ambient Insights solution, which according to a company press release, is able to recognize activity around a property and “delivers contextual information to monitoring stations in the event of an alarm. Monitoring stations can use this real-time data to prioritize alarms and dispatch police, fire or emergency medical services to properties faster.”

The standard was first proposed as a working group within the Partnership for Priority Verified Alarm Response (PPVAR), an organization that promotes the value of alarm validation and verification. It was again raised in TMA’s long-range planning meeting in 2020, and now consists of a committee of more than 40 members, including stakeholders from across the alarm industry, such as central stations, equipment manufacturers, software developers and public safety representatives.

“There’s no question the strength of this standard is in the diversity of the people that are part of the committee. The input that we’ve had from public safety has been invaluable. Ultimately, they are the consumer of this standard… Their input has been critical and will continue to be critical as we move forward,” said Mark McCall, a committee member and director of global monitoring, Stanley Security. “When you can look public safety in the eye and say, ‘Does this help you?’ When we can have that immediate feedback from them, it’s just hard to put a value on that.”

“I’ve been involved in a lot of standards over the years but this is the most diverse group,” added Larry Folsom, vice-president, monitoring technology, ADT and a PPVAR board member.

Committee meetings began over a year ago, and the group currently meets bi-weekly. “We’re at the point now where we’re starting to put standards language down on paper and debate it, update it and edit it,” said Hauhn.

Beyond the reams of data that modern alarm systems can generate, the group is also taking into account other information that could contribute to the effectiveness of the standard. “We’re also trying to bring in as much technology that’s out there that may not be the traditional technology the central station looks at as well,” said McCall, adding that everything from weather reports to local crime statistics could also be used to bolster the classification system.

“This could be a paradigm shift in the way alarms are dispatched and how we receive that information and translate that into a response strategy,” added McCall.

The committee aims to release the draft standard for public comment in October, with the goal of having the American National Standards Institute (ANSI) publish by year end. Hauhn anticipates that the standard will be rolled out in the U.S. first, but said there is potential for adoption across North America in the future.