Features Business & Marketing
Think you’re missing out on business? You might not be the loser 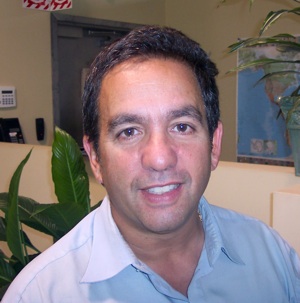 You are working harder than ever, and doing more with less. Yet jobs are passing you by, competition is ferocious, and all around you technology is racing by.
And at the same time the trade magazines — when you can find the time to read them — are listing those amazing massive projects that other companies are getting and success stories regarding all of your competitors. What is an alarm guy supposed to do?

Let me give you a little tip. All those huge jobs that you read about have extremely small margins. Having spoken to many Industry people the reality is very different from the truth, as frustrating as it may seem from the outside looking in. A close friend and competitor recently lost a large tender project. His drop dead price was $3.5 million dollars. When the bids were opened he lost the job — by $1 million dollars to a large multi-national company. When I spoke with him that evening he was incredulous and frankly, I was as well. Our conclusions were that they were keeping their installers busy during these slower times, did not account properly for the project management costs (or just buried them since they wanted or needed the job so desperately), and were hoping that extras and future job additions would make up on the margin loss. I am sure that the service contract was rolled into the revenue side to further justify the job acquisition. But frankly, I am still scratching my head on this one.

Just a few weeks ago I ran into the former CFO of a large company whose job we had lost a few years ago when they relocated to their own building.They had been a happy client for 15 years, and had grown steadily over that period of time to the point that they had taken over multiple new spaces over a few floors.Typically they would call us at the last minute to add another system, all high security to protect their inventory. A solid, well paying client with whom we had a long track record of keeping them well serviced and satisfied. Well as these things sometimes turn out we met with their new loss prevention manager prior to their move. I left the meeting with a sinking feeling – the kind of feeling when you know that no matter what you do this job will not be yours. Sure enough we lost the job to an upstart competitor on a price difference of about $10,000. So, the former CFO tells me that in the long run the other company ended up billing them for $40,000 in extras that they forgot to put into the quote — you know the small stuff like door hardware for the card access system, power for the CCTV cameras, and lift rentals. Also as it turned out the now former LP manager was good friends with the company who did the job.

It is highly unlikely that you will get every job that you submit a quotation on. No matter how bad it gets, keep swinging. A good professional ball player only connects once every three times at the plate.