With home visits at a minimum due to the pandemic, alarm and security companies are finding new ways to connect with customers 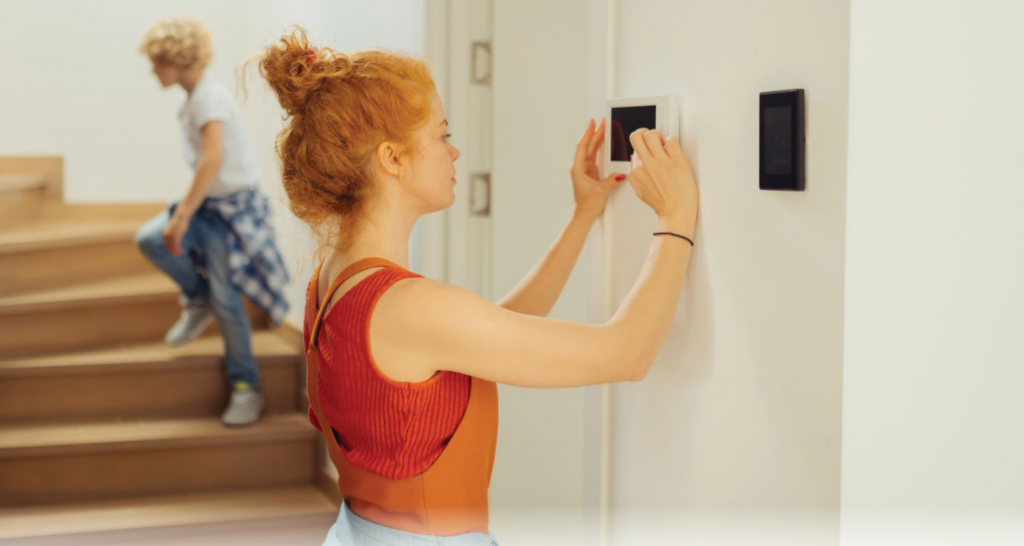 Several alarm companies have come to the same conclusion: the Do-It-To-gether (DIT) trend has accelerated since the COVID-19 pandemic.

DIT is a variation on the DIY (Do-It-Yourself) trend in security, but instead of consumers buying security equipment from a retailer and installing it themselves, the alarm company sells the equipment, helps the home-owner through the install (though they still “do it themselves”), and offers a professional monitoring option.

Chris Currie, president of Ontario-based Damar Security Systems, says that when the company had its annual planning session back in early March, DIT was not part of the conversation.

“It’s completely enhanced or increased its level of importance,” Currie says. “It’s funny how it’s just completely changed the direction that we were heading in at the time.”

While the topic of DIT security may not have been discussed at Damar Security Systems’ annual planning meeting, Currie shares that the company has taken the position that there is always going to be a market out there for them to come and professionally install a security system for customers, in addition to a demographic of customers that would want to do it themselves.

“Now we’re looking at just trying to strike that balance between people that want security but are apprehensive about having outsiders coming into their home for their business,” Currie says.

“The only reason why we went with a DIY design type direction was to try and facilitate those that just weren’t comfortable having people come into the house all the time [but] they still kind of wanted that professional system.”

Gordon Hebb, vice-president of sales at Wilsons Security, which has offices across the Maritimes, shares that the security industry started to adapt to DIT/DIY technology back in 2013, but says that he never saw it being a hit with mainstream companies. Now, in the midst of COVID-19, he says he has seen a switch.

Echoing Hebb’s sentiments, Morgan Hertel, Rapid Response Monitoring’s vice-president of technology and innovation, shares that what has changed is the kind of customer buying — and installing — their own home security systems.

“What you’re seeing now in the DIY space is consumers that either couldn’t afford or just worked in a place to be able to do that or didn’t want an extensive system — they just wanted something that was better than nothing,” Hertel says. “The overall market is growing. It’s not necessarily taking away from one or the other.”

Since its sudden rise in popularity, DIT security has resulted in a number of alarm companies accommodating the needs and requests of their customers.

According to Currie, Damar Security Systems has changed the way that they approach a sale — they provision the security system gear before it goes out to the customer.

“We’re programming it all up, in-house testing it and shipping it out to the custom-er to install themselves,” Currie says. “If they’re a little bit more mechanically in-clined, the customer can use a drill, screws and anchors.”

Currie says that once life gets back to normal, Damar will be checking in with their customers to make sure the alarm is working to their satisfaction.

Although the customers are installing the security system themselves, Currie shares that he and his team are still happy to assist from afar. “I’m using this as an opportunity to add other additional devices at that point, too,” Currie says. “If the customer is not comfortable doing it by themselves, we’re right there with them using FaceTime, Skype or Zoom to help walk them through it.”

When it comes to utilizing pro installers for commercial jobs and leaving some home security installations for the homeowners, Hebb says that Wilsons Security would “absolutely” consider this.

“I think it’s important as a company to offer all the services so you’re adapting to the clients’ needs,” Hebb explains. “If a client is capable enough to install it on their own, then we should allow them the ability to be able to do that,” he says, provided that the client receives an appropriate level of professional support and guidance throughout the process.

In the case of commercial clients, Hertel says the size of the job may determine whether professional installers are preferred or not.

“What we’re seeing with the DIY is getting into the small commercial, in a strip centre — front door, back door, couple of motion detectors type of installation, not necessarily large industrial commercial warehouse type space,” Hertel says. “But certainly the smaller mom-and-pop kind of bakery stores are starting to entertain the idea of a do it yourself.”

Whether the DIT security trend will have an impact on customer loyalty is up for debate.

“It still remains to be seen at this point because it’s all still pretty fresh and new, to us at least,” Currie says. “But I can see having clients become more sticky if they’ve got more invested in the system, something that they have installed themselves.”

Whether or not DIT security is the future of monitoring remains to be seen.

Hebb believes that even though the trend has increased and changed recently, the demand will depend on the market. “I think it’ll be a smaller portion and a little bit more in the residential market than in obviously the commercial market,” Hebb says. “I don’t think we’ll see installations in the commercial market.”

Hertel shares similar sentiments about the future of the monitoring industry, as he believes that the professional installation space is thriving.

“The typical traditional professional space is continuing and doing well,” Hertel says. “This is just coming in alongside it as an option. So for those people it’s another option that’s going to add to it.”

Noting that there are a number of big players in the market today, Hertel predicts that some significant innovation will come out of those organizations.

“It’s going to force the professional guys to step up their game a little bit and be able to support similar technology that you’re going to see over the next few years, which is good for the industry in general,” Hertel says.

Looking ahead, Currie is confident that DIT security will remain as an offering for Damar Security Systems. However, he adds that the company will always continue to professionally install technology for their customers.

“There is a segment of the market that they’re just not interested in and doing it themselves, and I think that’s the market that we’re still trying to go after,” Currie concludes. “But we’re trying to strike that balance between those that want that, but don’t want people to be coming into their homes right now. I think it’ll definitely still carry on into the future.”