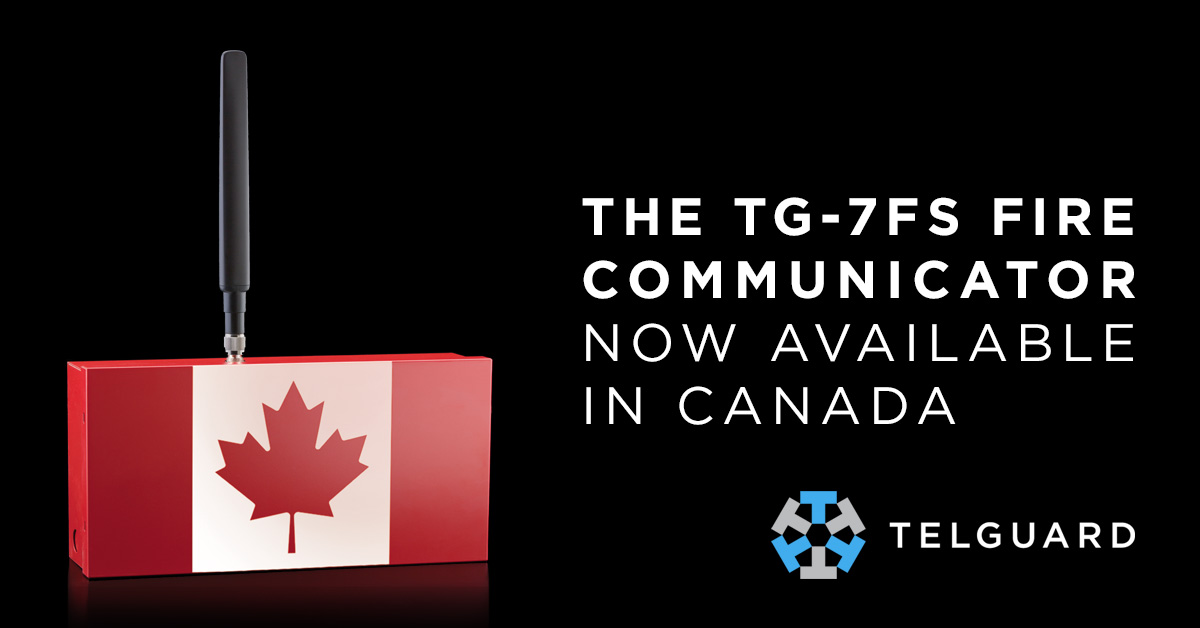 Telguard announced its cellular alarm communicator for commercial fire, the TG-7FS LTE-A, is now available for sale in Canada.

The TG-7FS is a universal cellular communicator, working with virtually every fire alarm control panel. Using Canada’s LTE cellular networks, the TG-7FS transmits alarm signals from the fire panel to the designated monitoring station.  The unit can serve as the sole communications path for fire alarm systems, meaning it can replace all landlines currently dedicated to the master control unit. Telco cost are eliminated and the dealer gains RMR and full control of the system.

The TG-7FS is a drop-in replacement, featuring a dial capture, which allows for easy plug-and-play. It’s also configurable with an option available to power the TG-7FS right from the panel.

The TG-7FS LTE-A meets the strict ULC S559 and ULC S304 standards and has been listed for use in Canada. The TG-7FS operates on LTE networks across Canada, including Rogers, Bell, Telus, and Sasktel, and will be available at security distribution partners in Canada such as ADI Global Distribution and Anixter.