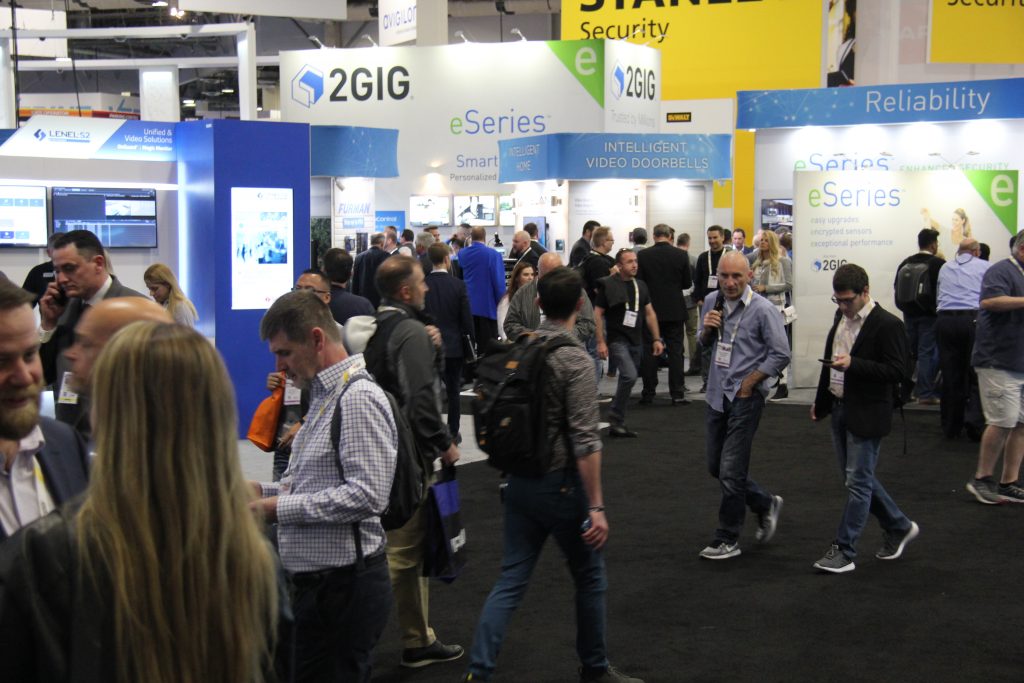 The show itself can be overwhelming, with over 30,000 people in attendance. While it may be a tiring event, it can also be the most valuable week of the year for industry insiders where they have a chance to see thousands of products side by side in one location while meeting in person with key partners. Another benefit is being able to see new products before they are formally released into the market.

Analyzing new products across so many different vendors often reveals clear trends in the industry. Here are a few I noticed.

Artificial intelligence (AI) is now everywhere. Last year it was the most new and exciting technology at the show, but this year it was hard to find AI that was truly unique. Open source AI has created a proliferation of the technology that can do anything from facial recognition to natural language search where operators can search recorded footage using terms like “man in red shirt” to find very specific video clips. At face value it is difficult to tell which manufacturers have proprietary offerings and which of those are using free open source technology and presenting it as their own. One thing for certain is that AI is becoming easy to access and vendors who do not catch up soon will stand out as laggards by next year’s show.

Only a couple of years ago, drones earned their own section at the show, but the excitement around them is wearing off. While there were still plenty of drones on display at ISC, the booths had far smaller crowds than in previous years. In many cases, the booths and products themselves had not changed at all. The legal legislation preventing the widespread use of UAVs outside of line of site is still in place, with few signs of changing anytime soon. At this point, it appears to be a waiting game for the technology whose development has far outpaced the progression of the legislation that governs its use.

In recent years, we saw new radar products enter the market as the costs of radar technology decreased, but it seems to have hit a plateau with no new products or vendors of note this year. Radar, or a similar technology like Lidar, will eventually compete aggressively against simple object-oriented video analytics. For now, this technology is in a similar position to drones where one small change to market conditions could create explosive growth and wide spread adoption. In the case of radar, that catalyst will be another step change in costs that make it less expensive per square foot of coverage than a high-end video analytic.

There were no clear technology winners at ISC West this year, though AI has certainly gone from hype to reality. Drones, on the other hand seem frozen in time as users wait for a green light from regulators. Radar remains a sleeping giant that will inevitably become a huge part of the security industry in the future, but for now it seems to be slowing down. The show itself continues to gain in popularity, and for good reason. Meeting with key partners and finding new technology could not be more convenient. Walking the show this year was both educational and exciting, but if previous shows are anything to go by, next year’s ISC West will be even better.