The Government of Canada recently launched the Smart Cities Challenge, a pan-Canadian competition that “encourages communities to adopt a smart cities approach.” 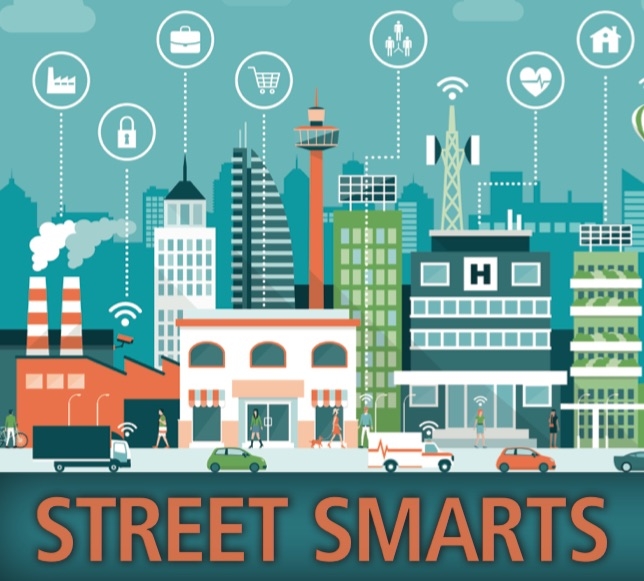 A number of Canadian cities across the country are taking part. Evidently, more and more municipalities see the benefit of installing and integrating intelligent sensors to efficiently manage their cities.

This, in turn, means integrators and installers will reap some of the rewards. But in order to benefit, they should know what municipalities are looking for.

Breaking down the concept

To do that, installers and integrators first need to understand what a smart city is, and, by extension, what a safe city is.

According to the participant summary of IHS Markit’s “Safe Cities Report – 2017,” a smart city project is “one that uses an integrated ICT [Information and Communication Technologies] system to improve efficiency, manage complexity and enhance citizens’ quality of life through sustainable improvement in city operations.”

Additionally, the report says that while a smart city is not always a “safe city,” a safe city uses smart city concepts. A safe city is “a security concept that integrates critical security information from a range of sources onto a consolidated IT platform.”

In creating this convergence, it’s important to understand the role of surveillance in smart and safe cities.

“Strong surveillance infrastructure is critical to the success of a safe city, as much of the analytics and operational procedures are driven by the surveillance inputs,” reports IHS Markit.

According to the study, video surveillance equipment and hardware, as well as peripheral services, currently make up approximately 50 per cent of the market.

“A lot of cities already have a good number of surveillance cameras, so it just makes sense to continue to use those in the future,” adds Alexander Richardson, senior research analyst, technology, media and telecom for IHS Markit, and author of the report.

“You can keep adding more cameras on that network and you can add things like analytics, and once you connect with sensors, access control, etc., it [becomes] a lot more efficient,” he continues.

For example, Atlanta, Ga., implemented an initiative called Operation Shield in 2015. The city put together a steering committee to integrate the police and transportation department’s surveillance systems into one command centre, utilizing the pre-existing cameras to make their operations more efficient.

However, Dr. Satyamoorthy Kabilan, director of national security and strategic foresight at the Conference Board of Canada, believes there are a number of misperceptions about how surveillance systems function and affect public safety.

“In most cases, they affect public safety retroactively, i.e., they give us a better chance of tracking down the perpetrators … but it doesn’t always work from a prevention perspective,” he explains.

Kabilan also believes the primary focus for most smart city installations is not surveillance, but “sensing.” For him, surveillance is the observation of a specific group, while sensing is directed at a process. “For example, if you think about sensors in traffic lights, what you’re trying to do is maybe gauge where the traffic is. By that, you may know what cars are around you, where all the traffic is, so you would have some information that might be useful from a surveillance aspect, but it’s more about the sensing aspect.”

“Sensors … can be used in conjunction with surveillance systems or camera systems to provide you with additional information on a situation,” he continues. “Combine that with the potential that AI (artificial intelligence) and big data offers, and maybe you could get real-time analysis of images.”

Evidently, analytics and big data will play an important role in smart city projects, particularly because of the sheer number of sensors and cameras required.

For example, “if you’re routing 15 or 20,000 surveillance cameras in a control room, there’s no way that a couple of operators … can sift through all of that data,” says Richardson. “It’s really important to have some kind of analytics program so that you can identify the anomalies.”

Giovanni Gaccione, justice and public safety practice leader at Genetec, also  finds that surveillance will have broader applications through analytics and AI. “Surveillance as a thought is going to be important, but not [only] from a public safety or a policing perspective,” he explains. “It’s going to be for a whole city benefit.”

For instance, cities can use it to monitor traffic and pedestrian flow.

This is especially the case because video analytics are more advanced, which in turn makes cameras more intelligent so “not only can they tell me if traffic is flowing…but with a simple analytic, [they] can say, ‘traffic should always be flowing in this direction,’” he explains.

If a vehicle is going in the wrong direction, for example, an alert can be raised automatically.

For example, a city she spoke to had a problem with illegal parking, particularly at city hall. But through licence plate recognition, city managers were able to determine who was parking illegally and who wasn’t.

For municipal managers, she adds, analytics and big data were daunting in the past. Their goal with analytics is to “be able to translate it into … real return on investment or some real tangible results for their citizens.”

The power of data analytics for governments, then, is to make more informed decisions regarding public safety, energy, public health, etc., she explains.

While Kabilan agrees analytics could potentially provide useful insights, he is still concerned about their effectiveness.

“A lot has been said about , a lot has been touted by vendors, but as far as I see, the effectiveness has not been quite as good as many have hoped for,” he explains.

“I think really to make the most out of analytics, it’s not going to be video, it’s going to be…marrying all of those other sensing systems,” he continues.

To marry these systems, AI will play a “tremendous” role, especially as it becomes cheaper to install a variety of sensors through IoT.

But the challenge then becomes how to make sense of all the data.

“You need to have [the surveillance system] automated so that you’re not stressing out your operators,” says Richardson. “As you use the system more and more and as you tailor the analytics to each specific application, the system just becomes that much better — it becomes more intelligent.”

But simply gathering the data and finding patterns is not enough, says Gaccione. The footage pushed from cameras has to be interpreted and used correctly.

“As one of our police departments always tells us, ‘You need to tell us what we don’t know,’” Gaccione says. “I think what’s going to be the most important tool of AI, is how can we, with all these different data sets, be able to pick out a trend or an anomaly that a city might not know?”

But Gaccione emphasizes that “the importance isn’t necessarily having a data set, it’s the ability to cross what information can the sanitation department’s data set [for example] help with public safety, or vice versa.”

For Richardson, sharing data is the ultimate goal of safe and smart city initiatives.

“You want to be able to disseminate information, so that especially when you have a large-scale incident, you can have all of the different agencies or stakeholders on the same page,” he shares.

“It would be very interesting to see that happen because it would certainly provide a lot of useful information and insight,” adds Kabilan. “The only thing I would say, of course, is that it certainly comes at a cost. You have to be able to access the data securely, the provision also has to take into account privacy — who has access to that data and where it goes.”

Consequently, privacy and cybersecurity should be a top priority.

Gaccione says that this is the No. 1 priority for Genetec’s Justice Public Safety team. “It’s the first thing we think about whenever we speak to customers,” he says.

“With IoT, the largest issue is scale,” he continues. “Maybe in the past, for NYC, they have a thousand computers. If they start rolling out cameras and sensors and… IoT, that might go … to 50,000 or to 100,000 units that need to be maintained, monitored and secured.”

Yet Kabilan says he hasn’t seen a lot of discussion about cybersecurity among municipal managers.

“Sometimes, what I’ve heard in discussions is, ‘Well, you know, it’s just a traffic light sensor, who’s going to want to hack that?’ But it’s an end- point. It goes back into your system, and if you can hack 100,000 of those … you’ve now got a botnet,” he explains.

The increase in endpoints combined with the lack of concern for cybersecurity and privacy is “creating what could potentially be a highly critical set of vulnerabilities,” he concludes.

Despite the potential vulnerabilities in smart city projects, it is undeniable that the industry is a growth market for installers and integrators.

“I think this market has been exploding,” says Gaccione.

Case in point, both Genetec and Johnson Controls have benefited from this growth.

“Genetec has been positioned and continues to position itself as a unification platform,” Gaccione says. “We see great benefit because it allows cities to not be locked into a specific technology.”

Likewise, Johnson Controls is “seeing significant growth in the market … because these projects are becoming more holistic,” says Brown.

“It was very, very interesting in terms of not just the security that it brought, but also the co-operation,” Brown says.

Integrators, she adds, will play a key role in the coming years “because they’re bringing more coalition partners together … to really bring a bigger and broader offering for smart cities.”

“What I’ve been seeing out in the market is that companies are really aligning and approaching projects as teams, rather than just going it alone.”

In fact, a new study by IHS Markit, “Video Surveillance & Security Report – Cities,” reveals that “the world market for security equipment in city surveillance has registered robust growth in the past few years, surpassing US$3 billion in 2017.”

Additionally, the global city surveillance market is predicted to grow at an average annual rate of 14.6 per cent from 2016 to 2021.

Evidently, installers and integrators will have plenty of opportunities as the smart and safe cities market evolves.

But Richardson warns there are challenges.

Richardson says that while many PSIM software integrators claim their system can integrate sensors from different companies, that’s not always the case.

“A lot of times, I think there is a disconnect,” he adds. “The vendors will pitch this great system, but ultimately it’s not what their client needs.”

This might be because cities are often behind compared to the technology.

“From a technology side, I think we’re there as an industry,” says Gaccione. But cities have to do more to “wrap their head around … the technologies that are out there.”

Consequently, “discussion and interaction with the end user is a key thing,” concludes Richardson.

This article originally appeared in the April 2018 issue of SP&T News.
Print this page