News
Stop living in the past 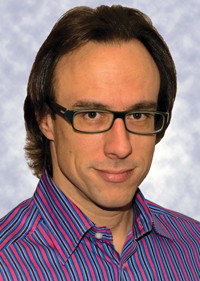 You should always look at any solution from the end-user’s perspective. What makes sense to you could be a pure nightmare for them. Some of us have designed security solutions involving multiple-area arming for a burglar alarm system or complex anti-passback schemes for access control, only to find out that the end-user could not use the system effectively. Are they technologically challenged?

Maybe. But probably not. One of your first steps should be to
understand how your customer thinks about security and how they use
technology. Let’s suppose you are meeting with Bob, the new person
responsible for security at a large manufacturing plant. Your meeting
is at 11 a.m. Let’s take a look at what Bob has been doing since he got
up this morning.

There is no newspaper at his door; Bob subscribes to RRS feeds that
provide him with up-to-the-minute news. Bob makes a quick jump to a
weather website, followed by a look at his gmail email account, where
he finds out are new posts on his Facebook page. An old friend has
found him and Bob replies with a link to a photo album on his Flickr
account. Bob’s BlackBerry has now rung twice with urgent notifications
about the status of a critical backup system at the office that
warrants a quick check. With his office laptop, Bob uses a VPN tunnel
to connect to the office and view the offending system in real time.
Before leaving for the office, he quickly logs in to his bank to pay
the phone bill that had arrived via epost.

At the office, Bob’s desktop computer shows the company dashboard as
soon as he launches his web browser. A collection of news, production
statistics, and the status of critical systems are shown side-by-side.
His online calendar reminds him of a meeting at 11 a.m. about the new
security system. Bob wonders: How will the new system fit with all the
other technology already in place?

Does this story sound futuristic to you? If your prospects are in their
early 30s, they are most likely already using technology like this. And
what about you? Are you reading this column on your computer? Are you
receiving e-news via email? If you answered yes to either question now,
would the answers have been the same just a year ago?

Security systems must evolve in the same way, becoming IT systems to
remain relevant. How? Like everything Bob did this morning, it is not
so much about the hardware anymore, but the application and the
fluidity of the information. It does not matter if it’s a Blackberry, a
desktop computer, a pocket PC, or a Linux UMPC (Ultra Mobile Personal
Computer). What’s important is that it needs to be “connected” and able
to access information. In the same fashion, our solutions must become
more flexible and centred on the information and the application, not
the hardware, because when, where, and how the end-user accesses the
information constantly changes.

JF Champagne is the Canadian Sales Manager for Brivo Systems LLC, a
manufacturer of web based and web hosted access control. JF can be
reached at jf.champagne@brivo.com or (416)238-5606.