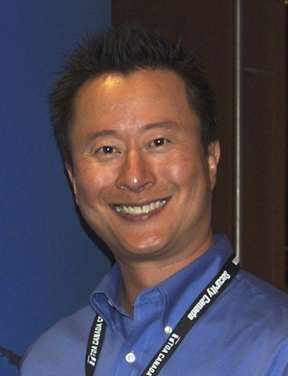 A recent 40 per cent spike in false dispatch fees levied by the City of Toronto Police Services has the Canadian Security Association (CANASA) concerned that it could be the tip of the iceberg for monitoring companies as municipalities review how they respond to false alarms from home security systems in the future.

In mid-February CANASA Executive Director JF Champagne appeared before the Police Services board after it became known that Toronto was going to raise the false alarm rate from $83.50 to $130 effective Feb. 1.  A false alarm to the fire department will cost the caller $350 per dispatched fire truck.

Champagne say the fee hike is going forward and the move is making some question the willingness of the City to work with the industry before making such aggressive changes.

“It’s done and there’s nothing we can do to change that — the rate has gone up. The point though is that Police Chief (Bill) Blair came to CANASA two years ago saying we needed to work together better, but now they’re slapping our members with 40 per cent increase,” he says.

In the past, other municipalities have worked pro-actively with the alarm industry when they have made changes to their bylaws.

“We do recognize the municipality’s right to raise and levy fees to provide a service, but when we dealt with York Region, which is changing its bylaw policy, they sent a letter at the end of January indicating implementation will be July 1 and they directed it to the alarm industry,” says Champagne.

And while it had seemed the issue of false alarms had taken a backseat to other issues in the last year or so, indications are that it could be rearing its head again this year as cash-strapped cities look for revenue.

“I have spoken to colleagues at the Security Industry Association (SIA) in the U.S. and in the last 90 days across North America they’re starting to see this wave — the new budget cycle is showing increased pressure on various public bodies to balance their budgets,” says Champagne.


The fee hike could lead to a transition to greater guard response in Toronto.

“There’s a substantial group of monitoring stations who have dispatched guard response instead of the police in the City of Toronto,“ says Champagne.

“I think the members will tell you that while we prefer a properly equipped officer responding to a scene, eventually the wheels of economics start to play a part and a large member said they would increase the percentage of guard response to clients over police.”

The method of billing the monitoring stations is unfair says Soo.

Soo says a central station operator can only follow dispatch procedures that are clearly defined. However he acknowledges that police resources are stretched to the limit and the industry needs to work to reduce false alarms.

“When we as an industry cry wolf one to many times the police department must put the onus to reduce false alarms back on us an industry — it’s a slippery slope,” he says.

Increasingly, more municipalities have a no police dispatch policy, but with every municipality in North America with different policies and procedures it makes it impossible for companies to provide a national standard.