SP&T News presented Crime Stoppers with a cheque for $13,393.03 on behalf of Mission 500 at the Toronto Crime Stoppers Chief of Police Dinner, which was held at the Liberty Grand in Toronto on May 9. 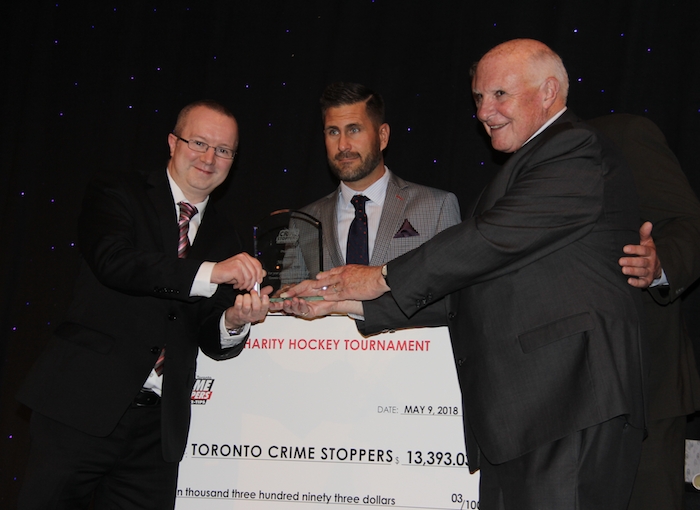 Mission 500 was awarded the Crime Stoppers Recognition Award for its support. Other awards presented that event include the Bill Hancox Award of Excellence, presented to Toronto Police Service’s Human Trafficking Team; Amiya Reis for Crime Stoppers Student of the Year; and St. Marcellus Catholic School for the John Mungham Award.

The event closed with a speech from Toronto Police Chief Mark Saunders who commented on the value of community support and commended Toronto police for their great work in the city.