If the phrase “cautiously optimistic” had a face, it might look like Alastair Hayfield. Hayfield, video surveillance and CGA Group research manager for U.K.-based IMS Research, isn’t predicting great things for 2010 “but certainly towards the latter half — it will be a better year than 2009.

SP&T News recently asked Hayfield to reflect on 2009 and provide some predictions for 2010. If he’s right, this could be the year that smaller manufacturers make a bigger impact.

SP&T News: Now that 2009 is over, can you gauge what kind of impact the recession has had on the security market?

Alastair Hayfield: Obviously, business has been down across the board throughout 2009. Growth rates have either been flat or not much above zero. I guess the positive side is that we’ve seen more partnerships between companies, either on a strategic footing or a technology footing. That’s kind of good news for the industry, because that means that end users and systems installers and integrators are able to get better products and innovative technologies. That’s a good thing that’s come out of the recession — companies have been forced to co-operate a bit more. There’s probably a bit more realism that’s crept into the market. There’s less hype around things like analytics or the claims surrounding particular verticals.

SP&T News: Is there a particular market that performed well in 2009?

Hayfield: In terms of the overall security market, video remains the strongest performer. All the spending on homeland security and the transition to IP has actually kept the growth in the market reasonably strong. In general, access control and intruder alarms tend to be more based around GDP growth. Industries that were hit by the recession, such as construction, etc., tended to have a knock-on effect (on the security market). Obviously there aren’t as many opportunities for new intruder alarms or access control installations.

SP&T News: Is analogue going to continue to hang on in the face of IP?

Hayfield: It depends on the country you look at and it depends on the vertical as well. For countries for where there isn’t much legacy analogue and it’s mostly Greenfield projects, you can see them adopting IP. For countries like the U.K., where we’ve got a vast legacy analogue market, it’s probably a little bit slower to go towards IP. The same is true for verticals as well. If we take retail as an example, it’s quite price conscious. For (smaller stores), it’s certainly cheaper for them to go with analogue. In general, we’re still seeing a very strong trend towards IP, but I think it’s going to take several more years before we see the tipping point in the market. I think that network solutions are probably still a little bit too expensive for some of the more price-sensitive markets. You also have to look at the major manufacturers. You still have to bring out new DVRs — there’re still bringing out new analogue cameras. Those guys are still making the investment in their analogue products. 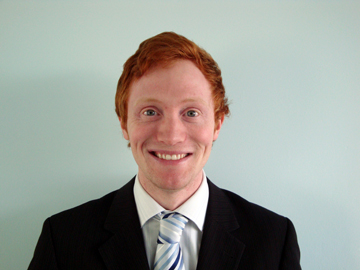 SP&T News: I spoke to the Canadian country manager at a major camera manufacturer recently, and he said that the U.S. is lagging behind Canada in terms of IP adoption. Has that been your experience as well?

SP&T News: Are we likely to see more hybrid solutions with people leveraging their existing analogue equipment and adding IP?

Hayfield: Yes, I would think so. You already have a lot of major manufacturers promoting and touting hybrid solutions. We will probably see some more solutions this year.

SP&T News: How are vendors adapting to the economy and smaller client budgets?

SP&T News: What are price cuts going to do to the competitive landscape?

Hayfield: I think we’re going to see increasing competition — not only as more people get into the market but as existing manufacturers start to compete more on price than features. I think we’ll probably see the market fragment, with more people coming in, more people capturing share. I think that the lower price points will hopefully help speed up the transition to IP. At the moment, network cameras are still, on a like for like basis, more expensive than their analogue counterparts. For the price-sensitive markets, it’s still better to go for analogue for video surveillance solutions. Moving forward, as the price drops for network cameras, that’s hopefully going to have a positive impact on network surveillance.

SP&T News: Will the market continue to consolidate?

Hayfield: I think we can probably expect to see more mergers and acquisitions through 2010. Obviously GE Security/UTC was a big one. And after Christmas, we had DVTel/ioimage. I think we will continue to see consolidation in the market.

SP&T News: What role will standards like ONVIF play in 2010?

Hayfield: I think we’re going to continue to see companies offering support for standards. All of the major VMS guys offering support for one, if not both (ONVIF and PSIA) standards bodies. I think we’ll see more and more equipment manufacturers offering support. I think that this will positively impact the surveillance industry. I think it will probably push the trend to network surveillance and open the barriers for entry to market. New VMS companies can enter the market quite easily by supporting one or two standards — they can suddenly offer support for a host of different cameras or encoders. As new suppliers and manufacturers enter the market it will probably help to drive down prices.

SP&T News: What kinds of innovation can we expect for the surveillance market in 2010?

Hayfield: We’ll probably see more HD compliant cameras this year. Going forward, manufacturers are going to be focused more and more on camera quality, low-light capabilities, dynamic range, things like that. 2010 may be a year when people focus maybe a bit less on whizz-bang new features and more on getting the actual quality of the cameras better on the IP side. The use of features like SD card drives will probably increase through 2010.

SP&T News: Will we see more Video Surveillance as a Service this year?

Hayfield: I think so. The actual concept has been around for a few years now. There already are people offering it as a service, but to date it’s been quite slow to be picked up. It’s been limited by broadband speeds, whether the desire is there for people to have it, and the price has maybe excluded it from the mass market. But I think as more and more companies get into the IP camera market and prices come down, it will certainly be one route for companies to go down to differentiate themselves. I think in 2010 it will start to be adopted by offices, small businesses, things like that. That sort of growth will pick up more in 2011 and beyond.