Genetec announced that its new cloud-based Video Surveillance as a Service (VSaaS), Stratocast, is offering small and mid-size businesses around the world an affordable way to help them safeguard their patrons and inventory. Powered by Microsoft Corp.'s Windows Azure cloud-computing platform, Stratocast delivers video surveillance service without the costs and complexities associated with installing and managing on-premise hardware and storage. 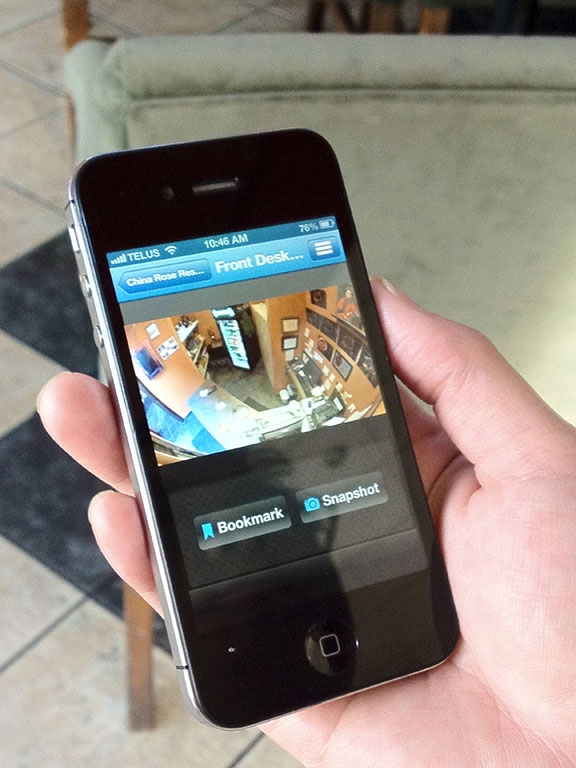 One early adopter is the China Rose restaurant, an award winning Asian cuisine establishment located in Calgary, Alberta. Having previously relied on an analog-based digital video recorder (DVR) in the restaurant, China Rose Owner and General Manager, Ken Wong encountered numerous limitations, including poor picture quality and difficult-to-access video footage.  So when he heard about Stratocast, Wong decided to try it out.

A few weeks into the installation, China Rose is already seeing huge advantages to its cloud based surveillance system compared to the older analog-based DVR system: “I was very impressed with Stratocast because it is all web-based and was so simple to learn. I can be at home, in the office, or elsewhere and tap into the Stratocast viewing app from my smartphone to see what’s happening at the front desk or around the restaurant. With my old DVR, I could only review video while at the restaurant, and the system made it difficult to find what I was looking for without having to sift through hours of recorded footage. When we moved to Stratocast, it was also surprising to see the drastic improvement in the level of detail in the video. It has been really amazing to have such clear images at my disposal,” added Wong.

Since switching to a cloud-based solution, Wong has also been able to retain video recordings for longer periods. While his DVR would only allow him to keep about one week of recordings, Stratocast now enables him to retain and quickly access up to four weeks of footage.

Although the system is still fairly new, Wong has already become an advocate for cloud-based, hosted video surveillance in restaurants: “The system has been so easy to use, and its performance has been flawless, so I would definitely recommend Stratocast to other businesses, especially those upgrading from older DVR technology. The difference for us has been night and day.”