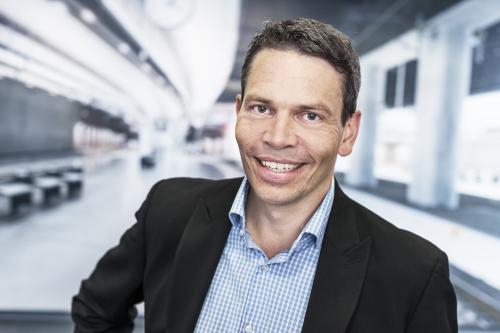 Nilsson actively supports many security industry initiatives, especially those produced by SIA. He formerly served on the SIA Board of Directors and the SIA Executive Committee, and he has continued to be a strong contributor to SIA education initiatives. Nilsson also is a past chairman of Mission 500, a charitable organization backed by the security industry and dedicated to helping children and communities in crisis.

“I am truly humbled and honored to be chosen as the recipient of this prestigious award. I’d like to thank the award committee and the industry as a whole,” said Nilsson. “The security industry is made up of great people who have a passion for making the world a safer place. I am proud to be part of this industry and will continue to get involved in industry initiatives to help educate and move it forward in a positive direction.”

“I sincerely thank Fredrik for all he has done for the security industry. He personally takes an active role in industry events, while empowering, supporting and encouraging others in his company to also get involved. He is an eloquent and professional spokesperson for the security industry and serves as a liaison to the end-user community. Fredrik’s charity, strong values and good nature serve him and our industry well, and I am proud to recognize his contributions with the Lippert Award,” said SIA chairman Denis Hebert.

Nilsson has worked for Axis Communications since 1996 and has been in his current role since 2003. During that time, he has helped the company increase revenue in the Americas by more than twenty fold and has been instrumental in leading the industry shift from analog CCTV to network video surveillance. He is also a trusted industry and keynote speaker, participating at many leading physical security conferences and trade shows.

Nilsson has appeared as an expert voice in top U.S. publications, such as The Wall Street Journal, The New York Times and the Washington Post, and has appeared on national television shows with CNN, CNBC and FOX. He is a regular contributor to major security publications and authored the book “Intelligent Network Video,” published by CRC Press.

The Lippert Award, founded in 1989, is named in honor of George R. Lippert, who dedicated more than 20 years of his life to the security industry and SIA. When evaluating candidates nominated for the award, the SIA Lippert Award Committee considered their long-term service to SIA and the security industry, the impact of their efforts on behalf of SIA and the industry, and their integrity, leadership and diplomacy as demonstrated in industry dealings.

SIA will present Mr. Nilsson with the 2016 Lippert Award during the SIA Honors Night gala at The Current at Chelsea Piers in New York, N.Y., on Wednesday, Nov. 16. Click here to register to attend.