You can’t have a great conference without great content and great speakers.

SP&T News has lined up some of the security industry’s best for this year’s installment of Security Summit Canada, an annual event designed to challenge and inspire Canada’s alarm and security community of dealers and installers.

This year’s line-up of speakers features entrepreneurs and free thinkers who will address some of the most highly debated topics in security — DIY, the cloud, standing out from the competition — and offer practical advice on how to grow your business. In addition to Craig Campbell, Steve Van Till and Bob Harris (all featured below), a keynote address will be provided by ADT’s new president of Canada, Aru Bala. To register for Security Summit Canada, which will be held June 13 at the International Centre, Mississauga, Ont., please visit www.securitysummitcanada.com. 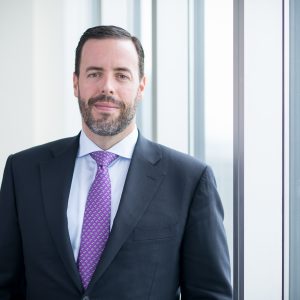 At age 42, Craig Campbell already has a quarter decade of industry experience under his belt.

He started out as a security guard at age 17 and within five years, had set the wheels in motion to establish his own security business. Campbell was the founder and CEO of Total Security Management (TSM), a guarding operation that ultimately employed almost 3,000 people across North America. Campbell sold the Canadian operations of TSM to GardaWorld in 2013 and turned his focus to other aspects of his security business, such as screening and investigations, as well as other investment opportunities.

Campbell has an entrepreneurial background — his father was also a business owner — but he says his own path was “somewhat accidental… When I decided to make it something for myself, it was a combination of naivety and this desire to solve problems and do a good job.”

He acknowledges some mistakes were made along the way, but it was a “relentless pursuit of customer excellence” that fueled his company’s growth and success.

The second chapter of Campbell’s professional career starts with a second company — Resilience Capital, an investment firm he founded that supports other entrepreneurs, most of whom also operate in the security business. More recently, Campbell took over the role of CEO of Avante Logixx, a Toronto-based security provider that offers high-end residential security services, as well as locksmith services, guarding and decorative hardware under separate divisions. Last year, Avante purchased the assets of Veridin Systems Canada, a Toronto-based security integration firm with clients across the country.

Campbell’s second major foray into the security market comes at a time when new technology is helping to drive major innovation and the industry is more accepting of a risk-based approach to business.

“I do believe that the exciting things that have been talked about for decades are finally here,” he explains. “It’s a combination of the cost of technology coming down, the cost of manpower going up, the convergence of mobile first, and other technologies. [It’s changing] how you go to an end user and secure their risk.”

There are many more challenges and opportunities on the horizon, says Campbell. “We’re never done — there’s always going to be more to learn and more to fix and more to course correct. But the chapter two, so to speak, is building it again but building it differently.”

Campbell will trace his professional journey and share his philosophy of business growth at a special session at Security Summit Canada. 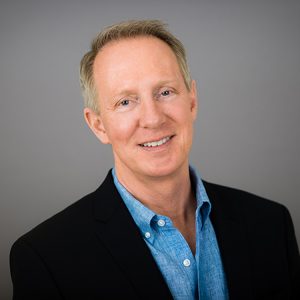 For some, the cloud might seem like a relatively new innovation in security technology, but Steve Van Till has been talking about it for two decades.

Van Till is the president and CEO of Brivo, a cloud-based access control  and surveillance company he co-founded in 1999. “It was a solid 10 years of wandering in the desert talking about that before the rest of the industry perked up,” he says. “Now, I think, the industry is moving wholesale toward cloud.”

Van Till published a book on the subject in 2017, “The Five Technological Forces Disrupting Security: How Cloud, Social, Mobile, Big Data and IoT are Transforming Physical Security in the Digital Age.” The volume was recognized as ASIS International’s security book of the year in 2018.

“When I started to write book, I thought I wasn’t even going to talk about cloud, because that train has already left the station, but a lot of people in security don’t feel that way or have only come to that viewpoint recently,” says Van Till.

The major challenge to cloud adoption hasn’t been technology, but perception, he explains. “It’s this big cognitive dissonance thing.”

Most people are trusting major aspects of their lives to the cloud without realizing it or maybe they simply haven’t connected the dots. “Where do you keep your money? Where’s your stock portfolio? How do you interact with your medical institutions? They’re all in the cloud,” argues Van Till. “I think the task that some of us have is to point out to people that they’re not really that controversial anymore, they’re a part of your life already and they should be part of the toolset that you’re using for your security customers.”

The cloud is the overarching theme in Van Till’s book, with social media, mobile technology, big data and IoT explored as aspects of that technology structure. Once consumers accept technology and vote with their dollars, some of the labels become obscured or less important in the grand scheme of things, he says.

Like the cloud, IoT has been around in one form or another for many years. But do home users actively think about the technology when they’re using it? “The fact that these things are in your home are IoT devices simply goes right past most people,” he says. “It’s not even an important element of the marketing to residential buyers. What you care about is it’s a smart thermostat that you can control remotely.”

Van Till will explore these themes in greater depth at Security Summit. 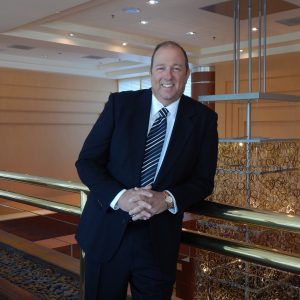 Bob Harris is one of the most positive people you’re likely to meet in the security industry, but he can also see the tragedy.

“It’s tragic, because the majority of security dealers large and small are leaving tons of money on the table,” says Harris. “Basically on every sales call, service call and phone call. At the end of the day, people are not going to buy something off you if they don’t know you offer it.”

Harris is the president of Attrition Busters, an organization dedicated to helping alarm companies reduce customer attrition and raise their level of customer service. Harris will offer two seminars at Security Summit Canada: “Picking up money you’re leaving on the table” and “Beating the DIYs at their own game.”

For Harris, picking up that cash that may have been overlooked is often just a matter of paying attention and instilling that same mindset in your staff.

“What this session does is go over a whole host of things that can be done that are super simple to deploy and get buy-in from the whole team,” he explains. Lesson 1: Know what you can offer, make sure everyone in the company knows too, and then pass along that knowledge to your customers. It might just be a simple upgrade to a smoke detector, but those dollars add up.

“They have a customer for 20 years with the same yellow plastic smoke detectors and they never say a word. There’s a great upgrade opportunity there. There are literally dozens of those [examples],” says Harris.

DIY might still be a controversial term amongst security professionals, but knowledge is power, argues Harris.

“What we’re doing with clients is getting them as much knowledge as possible about the DIYs, what they really are — is it something we want to entertain, with some component of it in our business as well?”

Even the term Do-It-Yourself might be something of a misnomer, he says. “I think a lot of those DIY ‘easy’ installations aren’t as easy as they make it out to be.”

DIY security products may require additional technical support and product replacements. And while DIY might present lower up-front-costs to the consumer or home-owner, but how much are they really saving?

And how do they stack up against the value of a professionally monitored security system. These are aspects that are not always well understood or articulated by professional home automation installers and monitoring providers, says Harris.

“There is a bit of a knowledge deficit in terms of how it’s perceived by the industry or for that matter, if it’s a right fit for them to play with and incorporate. In many cases, it’s a significant cost of attrition for us. How do we combat it? The only way to do that is to understand what it is.”

Harris says both his presentations at Security Summit Canada will be interactive, so bring your thoughts, questions and opinions.