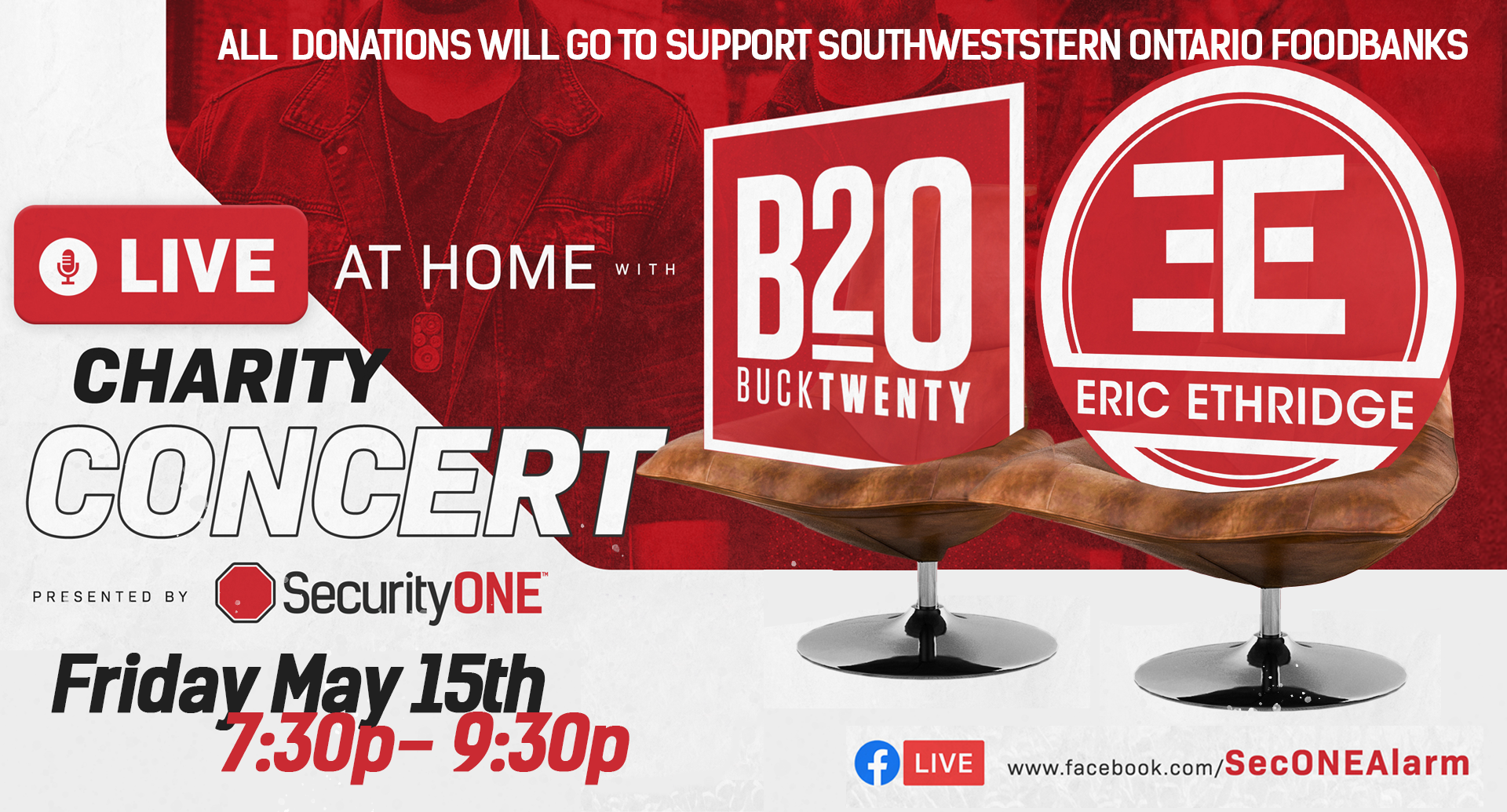 Recognizing the vulnerable position that COVID-19 has put on individuals and families who have to turn to food banks and agencies, Security ONE Alarm Systems has announced it has teamed with Canadian country singer Eric Ethridge and Windsor’s Buck Twenty to host a live concert stream in support of the Windsor Essex Food Bank Association.

“Eric Etheridge is one of Country Music fastest rising stars,” said Corey Robertson, manager of community partnerships at Security ONE . “Both Eric and Buck Twenty were quick to yes when we approached them with this idea.”

WEFBA President June Muir said the need in the community is growing. “We’ve seen the registration of first-time user grow tremendously since the the start of COVID,” Muir said in a prepared statement. “We believe the long-term financial effects will be felt by families long after the economy opens back up.”

“We’ve been in the community since 1978. We are so grateful to the communities we serve, and felt we had a responsibility to help out during these unprecedented times,” Robertson said.

The live stream will be on Security ONE’s facebook page and YouTube channel Fri May 15 at 7:30pm.