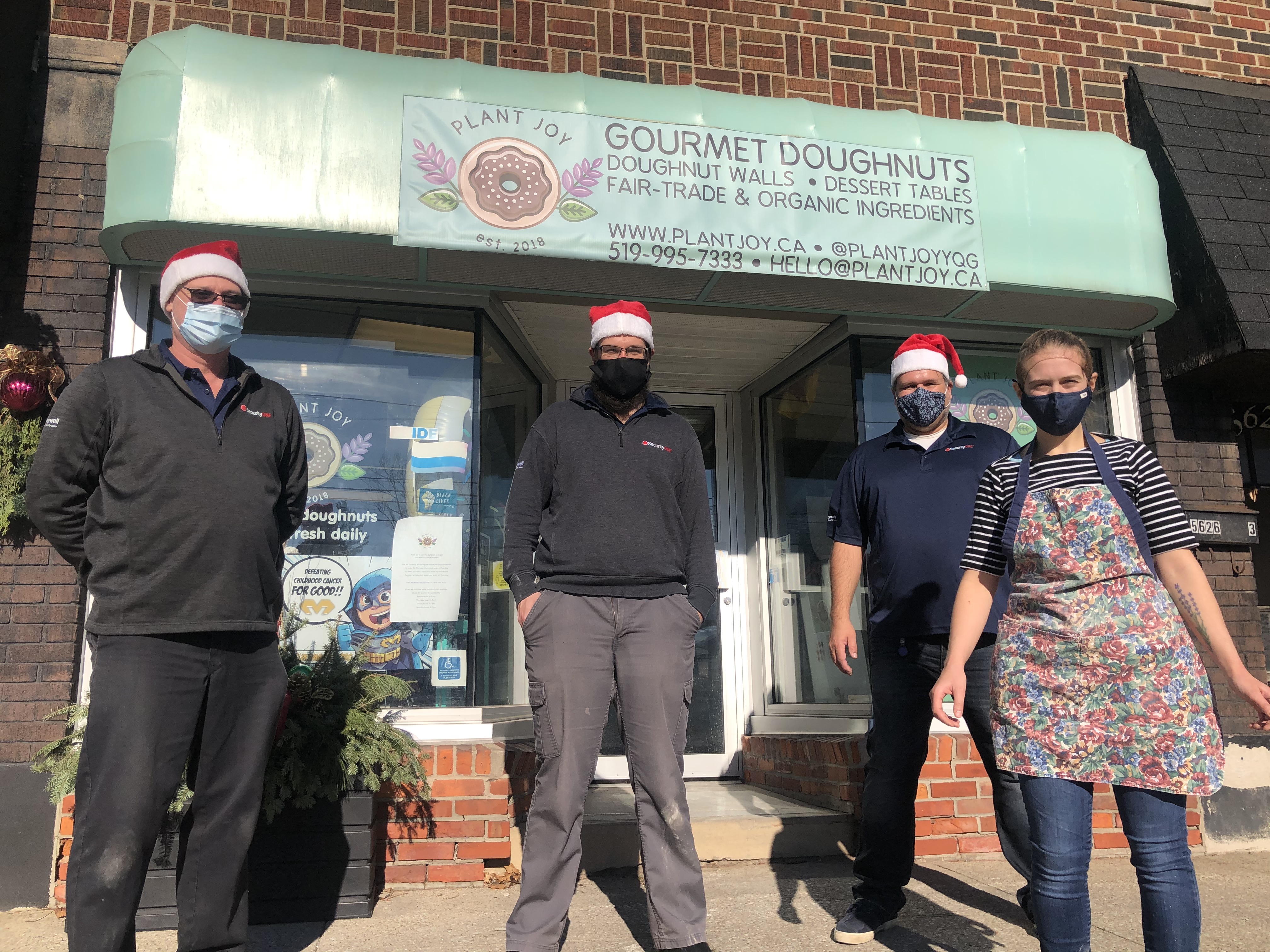 For their 7th Annual “Who Deserves to Win” holiday campaign, Security ONE Alarm Systems chose to focus exclusively on small businesses.

Jordynne Ropat — who owns and operates the vegan donut shop Plant Joy — was chosen as this year’s winner. The dessert specialist was one of over 70 businesses nominated and was acknowledged by one of their own customers who spoke of how much this young business has had to pivot during these uncertain times.

“We were so honoured to be notified a few weeks ago that we were a top four finalist,” Ropat said in a prepared statement. “Over 70 businesses were nominated and we’re so grateful.”

Corey Robertson, Manager of Community Partnerships for Security ONE said this was the 7th year for the popular contest. “It’s all community driven,” he said. “The general public submits nominations and details who they think deserves to win.”

The Security ONE elves came to Windsor to visit the specialty donut shop, where they outfitted the business with a brand new smart security system. “We included door contacts, glass break detectors, integrated smart IP cameras, and of course the ability to arm, disarm, and control the entire system from anywhere in the world,” said Robertson. “We couldn’t be happier for Jordynne and her team.”