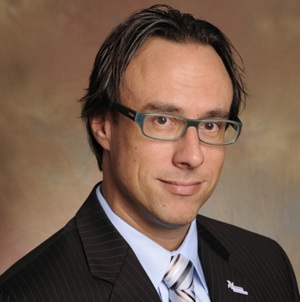 Some like to say that the Canadian Security Association (CANASA) is an Ontario-centric organization. Considering that many of the original founders of the Association, back in 1977, were primarily based in Ontario and Quebec, it’s easy to understand where this misconception began.

But if you fast forward 32 years, you will clearly see a different picture: an organization consisting of members and volunteers who are represented from coast to coast. And unlike the federal government in Ottawa where the representation is based on population, at CANASA, each chapter of CANASA has the same number of votes on the national board of directors.
As of October 21st, we have a new executive committee at the helm of the Association with solid regional representation from provinces across the country. With Karen McGee, national president from British Columbia and Bill Hefford, first vice-president from Alberta, the leadership of the association will to remain strong in the western provinces. They can also count on Philippe Bouchard, second vice-president from Quebec and Don Budden, secretary from the Atlantic Chapter. The past-president, Frank Pietrobono and Judy Valiquette, treasurer are based in Ontario.
What is even more exciting is that our new volunteer board members in Alberta are already making a major impact. In September I joined Bill Hefford in Alberta to attend two members meetings in Calgary and Edmonton regarding new provincial legislation. Representatives of the Solicitor General’s office gave a comprehensive presentation on how the new provincial legislation is affecting the security industry. There was also open dialogue with representatives of the Edmonton Police about challenges related to alarm dispatch. This is one of the main benefits CANASA brings to its members: information about issues directly affecting them in their market. Kudos to our new local chapter presidents, Carl Jorgensen in Calgary and Shawn Lazaruk in Edmonton for their enthusiasm and hard work.
Nationally CANASA is also taking action. We are thrilled to announce a new partnership with the Tri-Lateral Security Conference in Calgary in May 2010. Security Canada Alberta is the newest addition to our shows. Not only will it provide the extraordinary exposition that only Security Canada can deliver, it will also incorporate the Tri-Lateral Security Conference program which provides a unique opportunity to learn from world class experts on a broad number of overlapping topics. Security Canada Alberta will bring together delegates in the fields of logical security, physical security, security management, privacy, law enforcement and intelligence groups.  We are very excited about this new partnership and the return of Security Canada in Alberta.  We encourage you to stay informed via our web site at www.securitycanadaexpo.org
In another sign of support to our Alberta Chapter, we are breaking tradition and will hold our next January national board meeting in Alberta.  We will use this occasion to host another member meeting in Calgary and hope you will join us to network and get the latest information on what is affecting you and the industry.
To get the greatest value from your membership with the Canadian Security Association you must invest yourself and your organization. If you become involved, you will get ten times what you put in. If you are an Alberta based member keep your eyes open for many great networking, educational and informative events coming your way. If you are not a member, now is your time to come forward.
Advertisement
Print this page