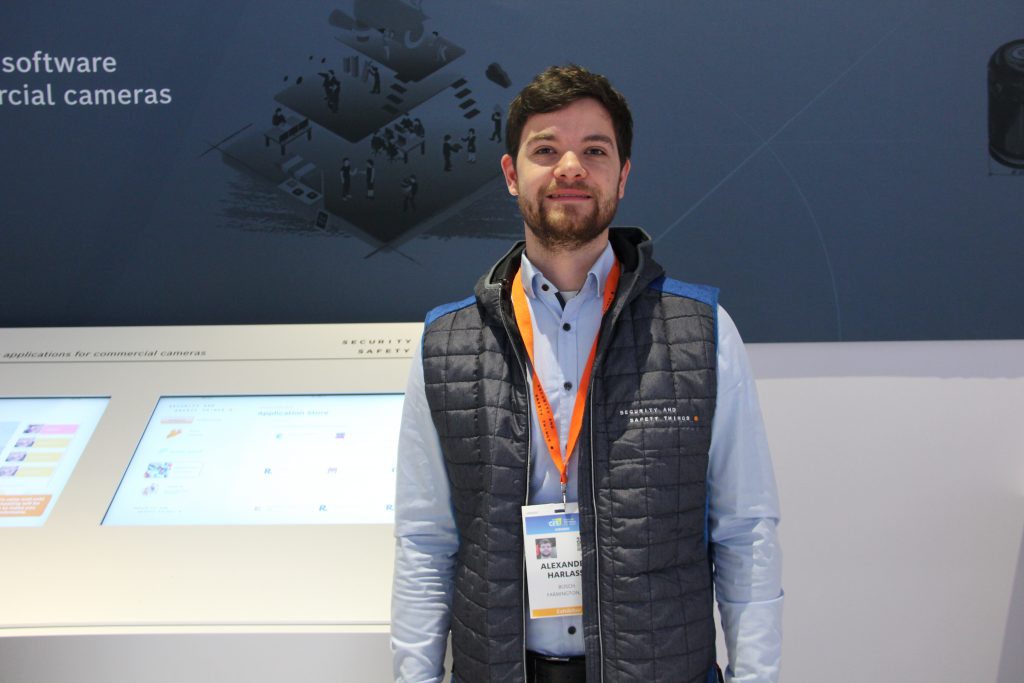 Alex Harlass, head of Developer Relations for Security and Safety Things, at CES 2020

Security and Safety Things GmbH, a wholly-owned but self-styled independent subsidiary of Robert Bosch GmbH, showcased at the 2020 Consumer Electronics Show (CES), where it demonstrated its open IoT platform for security cameras.

The Android-based open-source software platform provides end-users with applications built by third-party developers for cameras that can run on the edge, regardless of manufacturer. The system consists of a portal for developers with tools for creation and testing, an application store with apps that the firm says can be flexibly combined, and a portal for integrators allowing management of cameras and apps.

Alex Harlass, head of Developer Relations for Security and Safety Things, said the genesis of the new firm, founded in 2018, came when “we realized that the security market was very scattered. You have a lot of vertical solutions that do not necessarily fit together well enough to bring enough innovation to the end customers.”

Harlass explained that at CES, the firm announced the opening of its developer portal and documentation for all app developers, “which just means, even before market launch, we can have more developers sign up.”

He said the market launch of the developer portal and application store will take place at ISC West 2020 in March.

For end-users, once the application store is open, “they can buy a la cart, pick what applications they need and buy them for a fixed price per camera, lifetime usage,” Harlass said. “We will, later on, add subscription models but we also have to see for developers, how they want to offer their products, and how customers want to receive and purchase the products.” 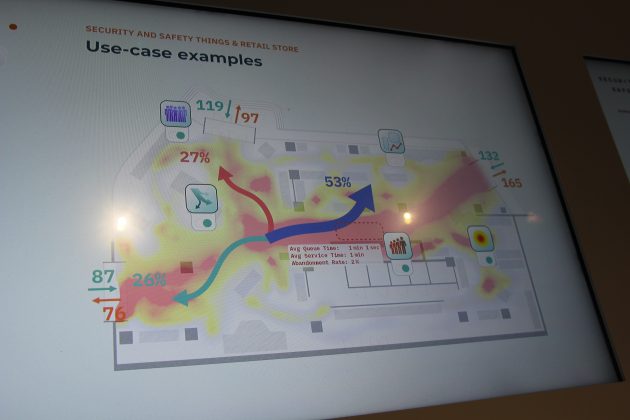 Harlass explained that the initial focuses of Security and Safety Things will be retail, transportation and office buildings, but the firm is looking at other verticals as well, such as smart home and home cameras, along with factories: “Protecting humans from automation by having cameras deployed and analyzing, ‘a human is coming too close to a machine that’s moving autonomously.’”

He also noted that in the future the firm could move its open-source ecosystem over to other security systems, like access control or fire detection.

Security and Safety Things also takes advantage of the research conducted by its parent company. “Bosch is heavily invested in and working on computer vision for automotive, for autonomous cars and driving,” Harlass said. “That does not mean we want to develop our own applications or utilize this, but we have access to understand what is needed if you want to bring AI applications to the edge. Some things are very similar to what will run in your car, and we can now bring this over to security cameras.”