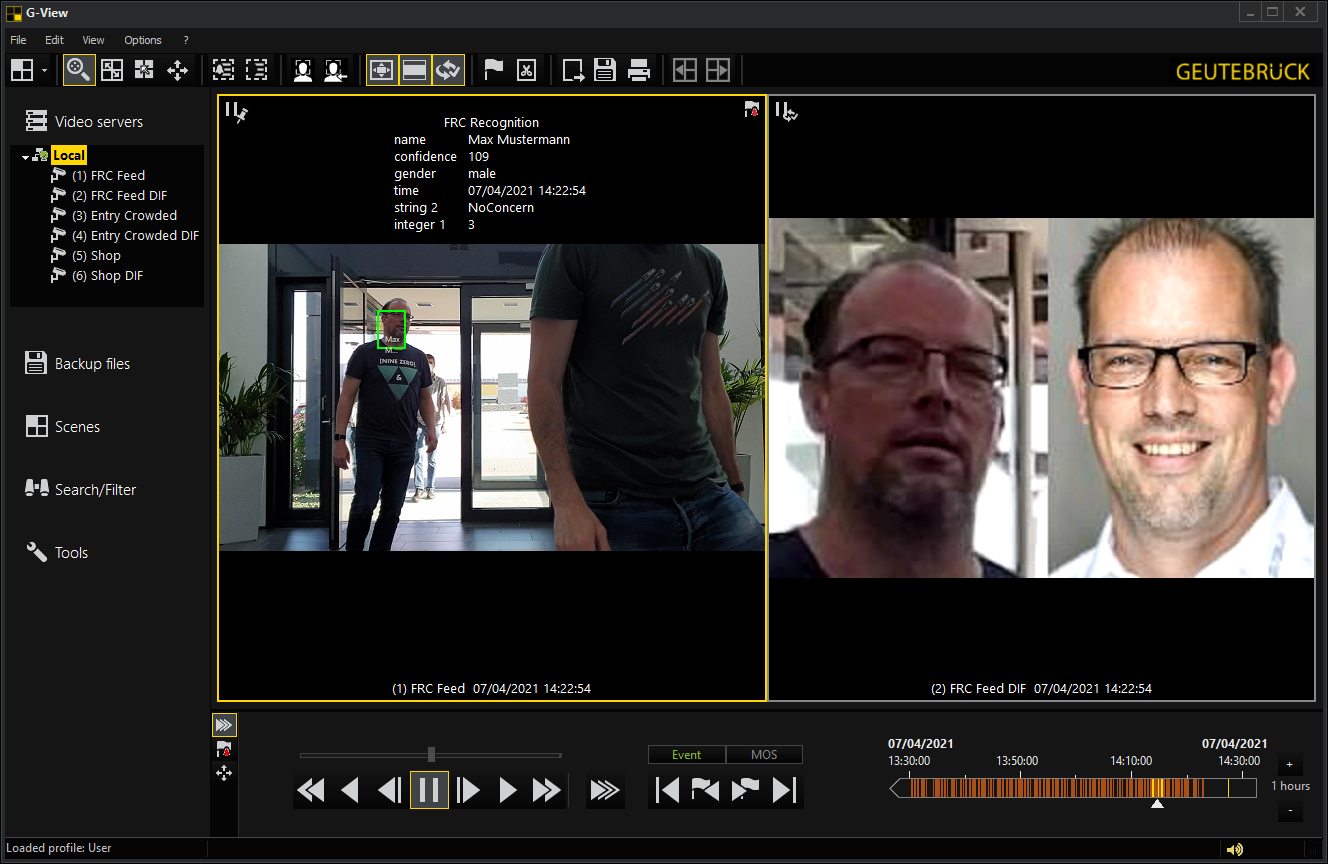 SAFR from RealNetworks, Inc. announced that its SAFR facial recognition system for live video is now integrated with the Geutebrück G-Core VMS (Video Management System). SAFR for Geutebrück is an AI layer that runs on top of the G-Core VMS which provides advanced video analytics that save time and increase efficiency of surveillance operations.

The integration features live video overlays that display event details, streamlined enrollment of individuals appearing on the Geutebrück VMS directly into the SAFR identity database, and custom alarms and notifications that notify security personnel of SAFR events directly within the VMS.

SAFR matches faces appearing in live video feeds against watchlist images more effectively (99.87%), and with less bias, than humans. This enables security personnel to prioritize feeds that require review while providing them the key information they need to respond to persons of interest more quickly. SAFR also recognizes individuals wearing masks. The enrolled or reference image is displayed side by side with the face detected in the VMS video. Operators have instant access to the enrolled person’s face image to confirm match events.

“Manual monitoring is expensive and inefficient. AI can perform real-time, automated identification of persons of interest, and identify previous offenders the moment they return and before they cause new incidents,” said Brad Donaldson, VP, Computer Vision & GM, SAFR, in a prepared statement. “Our powerful API and plugin architecture makes industry leading integrations such as the one achieved with Geutebrück possible.”

The integration enables operators to automatically enroll faces into the SAFR database by simply drawing a marquee around a face in the Geutebrück G-Core VMS. Operators can use SAFR’s information overlays within the VMS video feeds. System admins can configure which face recognition information is captured and recorded in the VMS.