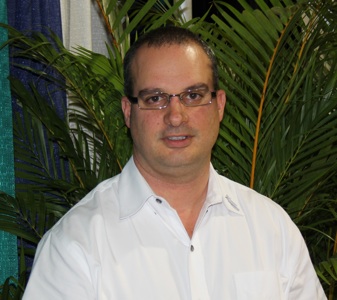 Located in Burlington, Ont., the company is small — seven full-time and three part-time employees — but it has plenty of business on its hands, and president and founder Roger Barnes (the eponymous Roger of “Roger’s Security”) has big plans for the future.

“We’re trying to grow the business, but in a slow and controlled fashion,” he says.

Indeed, slow and controlled growth is a good way to describe the company story from its founding until now. Roger’s Security was established in 1993, when Barnes and the rest of his crew of field technicians were laid off from their jobs at Bell Canada.

“The timing was terrible, because my wife and I had just bought a house a few days before I lost my job,” Barnes says. “Fortunately, my father knew somebody who owned a small start-up alarm company, and I was able to go to work for it almost immediately.”

Barnes took to the alarm business like the proverbial duck to water. But his employer was having financial difficulties, so he decided to start his own alarm company. “We did some promotion to get our name out,” Barnes says. “And slowly but surely the work started to come in.”

But not enough work to support Barnes and his wife. Fortune, however, was smiling on the new enterprise. “I got a call from Bell Canada one day, asking me to come back to work,” he says. “I was able to negotiate an arrangement that allowed me to spend part of my time on the new business, to get it off the ground.”

Barnes worked like this for four years. With his regular Bell Canada paycheque looking after his family’s living expenses, all the money Roger’s Security made went right back into the business.
In 1998, Barnes took a severance package from Bell Canada and began to put all of his time and energy into Roger’s Security.

Until this time he had been running the company out of his house. But as business improved, Barnes needed more space, so he moved into an office in his parents’ basement. In 2005, he moved again, this time into a 1,200-sq.-ft. office  in a commercial plaza in Burlington, not far from the Queen Elizabeth Way.

“Business really took off then,” Barnes says. “Customers like to see a business address. It tells them you’re going to be around for a while. We used to lose a lot of business before we got a commercial address.”


The company installs security alarms, card access systems, CCTV — about 85 per cent of its business — and networking and home automation — the remaining 15 per cent.

Barnes says one of Roger’s Security’s specialties is after-hours live monitoring of car dealerships and construction sites. Monitoring takes place from a 25-seat central station in Toronto.
Roger’s Security also creates custom security systems.  “We work with builders of high-end, custom-built houses,” Barnes says. “We also build custom surveillance systems for cottages, so their owners can check on them  from home and turn lights and heat on and off.”

Barnes says Roger’s Security doesn’t do any advertising. “About 95 per cent of our sales come from referrals,” he says. “It really makes it easier for sales calls.”

Roger’s Security employs four technicians, including Barnes himself, who is the technical brains of the company.   “I’m the one who follows developments in technology and keeps the company up to date with all the changes,” he said.

His father, Norm, a retired OPP officer, looks after sales and customer care.

Barnes says about half his business is residential, and the other  half is commercial. Most of his customers are located in the Golden Horseshoe, but  the company’s market extends as far afield as Ottawa, Windsor, Fort Erie and Bracebridge, and all points in between.

“We put a lot of mileage on our service vehicles,” Barnes says.

He says the company’s high quality of service is what differentiates it from its competitors.  “We take the time to get to know our customers,” Barnes says. “They know they can always talk to a real person when they call us. And they can speak to the owner — me — anytime they want. Our customers really appreciate that.”

Roger’s Security made the news in late 2008 when fire broke out in the home of one of its residential customers in Oakville, Ont.

An operator with the company’s third-party monitoring centre received an alarm from a smoke detector installed in the furnace room of the house at 4:45 a.m.

When she was unable to get a response from the residents, she dispatched a fire truck to the house, which by now was engulfed in flames. The fire caused $500,000 in damage, but the lives of three men were saved.