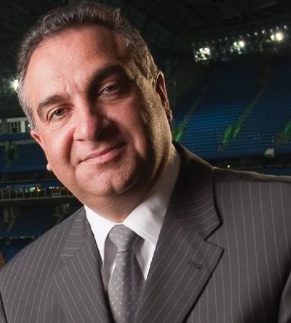 The images provided by HD video at the Toronto landmark stadium have proven to be as clear as they were in trial demos, says Mario Coutinho, Vice-President of Stadium Operations and Security with the Toronto Blue Jays Baseball Club and Rogers Centre.

“It’s unbelievable,” says Coutinho. “A couple of weeks ago we had an incident on the 500 level where someone had reached into a purse and stolen someone’s wallet. They took the cash and put the wallet back in. We got the call and were able to pick up the camera footage that was recorded of the 2,000 seats in the six sections in that area and could see the whole incident from start to finish. We saw the person reach in and take the wallet out and then take the money out and put it back in the purse.”

That footage gathered was handed over to police.

“By the end of the shift they had a copy of the CD with the footage and when they went to arrest the person they already had that footage.

“We review every incident we get, and it’s not just about security but delivering all levels of service to our customers,” says Coutinho.

Rogers Centre is home to the Toronto Blue Jays and Argonauts, and also hosts events such as UFC 131, held this past April. This weekend it will welcome the Oscars of Bollywood — the International Indian Film awards — the first time it has been held in North America.

To better protect fans, artists and athletes at the Rogers Centre, the organization has invested in an Avigilon HD surveillance system, increasing coverage of the seating bowl area as well as outside surveillance.

“It is a large project because trying to view 50,000 seats is a bit of a challenge,” says Coutinho.

Before the camera upgrade this spring, the Rogers Centre used a few fixed cameras to view the playing field for 24-hour security — but they were not used for event-specific security.

Further cost savings were achieved because the HD system provides complete coverage with fewer cameras and less staff than would be required to operate a traditional analogue-based PTZ solution.

“It really comes down to our guests having a safe and enjoyable experience and having a tool to augment our processes. Video surveillance is ideal but when you have 50,000 seats it’s almost an impossible task to have operators zoom in and be everywhere all the time,” says Coutinho. “Instead, we took a couple of years to find the right supplier of the right tool and for us that turned out to be Avigilon. With efficient use of nine cameras on the east and nine cameras on the west we cover the majority of seats.”

At the time Rogers Centre went looking for an HD surveillance system, Coutinho says Avigilon were one of the first to be proven in the market.

“Having a good Canadian company provide us that service was another bonus. We had a demo camera for a while. We tested it in different configurations and keeping that in mind as we made upgrades to the building we started to incorporate the infrastructure to support the megapixel HD cameras,” says Coutinho, adding that the Control Center Enterprise Network Video Management Software is “easy to manage.”

Staff can take online training and have “quickly adapted to and understand it.”

“It allows us to add cameras as we go along and if necessary re-position them; it’s very cost effective to do that.”

Going into the project, Coutinho says he had specific goals in mind.

“We started to look at what would provide more value. Having the high definition system, it is recording on motion but at the same time as having the 16 MP cameras we’ve been able to apply some other smaller resolution cameras to the other areas. Put together it definitely meets our needs for our property and the area we’re responsible for,” he says.

Working with integrator Simplex Grinnell, the Rogers Centre project began two years ago with researching the various hardware and VMS options and was completed in April 2011.