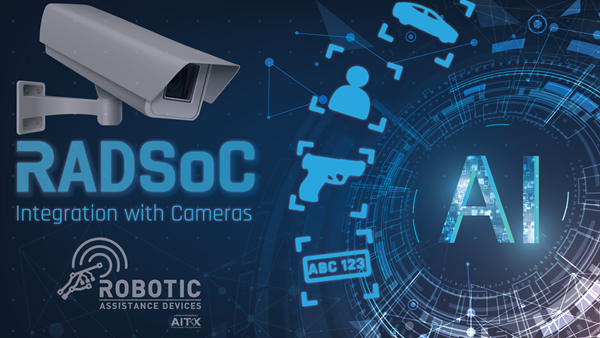 Along with this deployment, RAD says it will also integrate its RADSoC with its suite of AI analytics and existing networks of security cameras.

According to the statement from RAD’s parent company, AITX, the school currently holds around 120 cameras and 50 of them will be connected to the RAD ecosystem.

RADSoC is RAD’s proprietary, hybrid on-premises/cloud series of applications that until now has been limited to only RAD devices. The company says it expects this plan of RADSoC’s integration with existing networks of IP-based cameras will open the company’s market to the several hundred million security cameras presently deployed across RAD’s target markets.

“This one deployment has the potential makings of a seminal moment for AITX and RAD,” said Steve Reinharz, CEO of AITX and RAD in a statement.

“We knew from the start that we were a software company needing to build amazing hardware in order to execute our remarkable software. This school is about to deploy both.”

A recent report from Berg Insight estimated the installed base of connected video surveillance cameras in Europe and North America to grow at a CAGR of 18.1 percent, growing from 183 million units in 2019 to over 420 million units in 2024.

“We feel that this is the right time, and this is the right application, where we can throw open the doors to the RAD ecosystem and invite other security camera networks to take advantage of RAD’s incredible AI software suite,” Reinharz concluded.

RAD expects the east coast school’s dual ROSA deployment, plus integration with its existing network of security cameras to begin in September. Additional details regarding RAD’s software integration with actively deployed IP cameras will be publicized in the coming weeks.

RAD’s firearm detection identifies the presence of side arms and long gun firearms. Upon the detection of a firearm, RAD’s AI-driven analytics system will autonomously perform a variety of actions including the activation of local audible and visible alerts, locking and securing doors, notifications to remote monitoring or onsite security staff, and law enforcement authorities – ideally before any shots are fired.