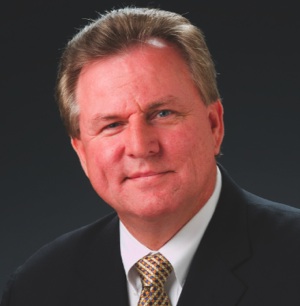 Mike Capulli
Contrary to what might be perceived from all the talk within the security industry, less than 15 per cent of video surveillance applications in the Americas are buying or using IP/digital video.  We find out why and what’s coming from Mike Capulli, senior vice president of North American sales for SAMSUNG |GVI Security.

SP&T:  Everybody is talking IP but why are most systems still analogue?
CAPULLI:  First and foremost, there are many, many analogue video
systems installed that run on coax and, in many cases, their users are
simply upgrading components.  In some other instances, security
managers are leery of moving beyond what they already understand and
works for them.  This “if the wheel isn’t broken, let’s not fix it”
attitude is prevalent among casinos, for instance, — one of the largest
users of video surveillance, albeit predominantly analogue.

SP&T:  Are resellers pitching IP video?
CAPULLI:  Many resellers, including dealers and integrators, are also
uncomfortable with IP/digital surveillance.  “If I don’t understand it,
I’m not going to propose it” is a very strong motivator for keeping
present systems intact, even if newer technologies might provide a
better solution.  Video manufacturers must do a better job of preparing
traditional security providers to enter the IP/digital market.

SP&T:  Is the IT department scaring away IP video users?
CAPULLI:  Good question.  One key advantage of IP-based video is its
ability to use present network infrastructure rather than coaxial
cabling. However, running bandwidth-intensive surveillance video over
corporate data networks is a point of organizational contention, with
its potential impact on network performance.  Too often, it is easier
to go the security department’s traditional way than to fight new
battles.

SP&T:  With all these problems, why is everyone talking about IP video?
CAPULLI:  With all this said, IP/digital video is the direction that
the industry is heading.  Many have embraced IP/digital video.  More
and more network-certified are integrators entering the industry, and
younger video-game-generation channel providers that grew up with IP
are coming on board at integrators.  They are showing their customers
how IP/digital systems utilize video management tools not previously
available with analogue systems to help identify and prevent potential
incidents.  As a result, digital systems will be increasingly replacing
analogue system over the next couple of years.

SP&T:  Are there any types of customers preferring IP video yet?
CAPULLI:  Yes, there are specific markets — education, law enforcement,
transportation, water treatment and new construction — that will
specify nothing but an IP/digital video solution.  The basic reason
they do so is they desire better identification, although for different
reasons.  With IP/digital video solutions, they can better validate
whom they are seeing with an increased clarity of image.  IP/digital
video also provides easier monitoring to prevent incidents and enhanced
recording tools to identify perpetrators after an incident.

SP&T:  Why education?
CAPULLI:  Both K-12 and higher education environs, with rare
exceptions, demand IP/digital video.  First of all, the network
infrastructure is typically already in place and K-12, especially, has
less restrictions on bandwidth use than corporate accounts have.
Education users are especially appreciative of the clearer images
IP/digital video provides, letting campus and/or local police more
easily identify those that need to be apprehended.  With IP/digital
video, administrators find it much easier to zoom in on images, track
particular scenes and enhance features.  Plus, they can easily cover an
entire campus from one or more locations.  With remote viewing
capabilities, they can have affordable portable networking with the
central command centre, giving them the ability to respond quickly.

SP&T:  What about law enforcement and other government regulated locales?
CAPULLI:  For the same reasons law enforcement, especially corrections,
insist on using IP/digital video.  With it, guards can go live over the
Internet or a closed network for surveillance and obtain clearer,
crisper images that can be tracked and transmitted easily.  IP/digital
video gives guards better tools to allow them to intervene and stop
incidents before they get out of control.
Likewise, almost all airports and seaports install IP/digital video
surveillance systems because they are easy to install and provide
enhanced remote viewing access — especially important when needing to
monitor multiple sites spread across large areas.  The flexibility and
scalability of the IP/digital system lets ports add additional
components, such as cameras, DVRs and NVRs easily.  With IP/video,
ports can deploy the latest in video analytics, providing solutions
such as searching for lost luggage to looking for discrepancies in
terminal traffic.  With the higher resolution and image quality of
IP/digital video, ports can more easily identify incidents and their
participants.  Often relying on federal or some type of government
funding, they need to be able to show that they are installing a system
that will be future-proofed.

SP&T:  Of course, with new construction sites, the right cabling is ready to be used from the get-go.  Correct?
CAPULLI:  That’s right.  Almost all new construction projects include
the laying of Cat 5E cabling, the infrastructure wanted for IP/digital
systems of any and all types, including video.  True IP-based digital
surveillance uses cameras that use signal processing to send video
streams over the LAN through a Cat 5E cable rather than a coax cable
network, utilizing greater bandwidth and standard TCP/IP
communication.  With IP/digital-based video surveillance on Cat 5E, a
user can connect surveillance cameras to any network or wireless
adapter, being extremely flexible in their placement of the camera
itself.  Once Cat 5E cable is available the rest becomes easy. Digital
surveillance can be done over a LAN network, of course, but TCP/IP
transmittal of surveillance makes sense for remote monitoring of
multiple locations and for remote recording of data onto back-up
servers and hard disks for long-term storage.

SP&T:  What if a customer wants to stick with analogue today but knows they will be going to IP tomorrow?
CAPULLI:  It’s happening all the time.  Integrators want to make sure
that their system choices provide an upgrade path that is
forward-compatible with a future of fully digital IP/digital
architecture.  This can be done without throwing out perfectly good
analogue equipment.  To maximize the customer’s technology choices at
the camera, the transmission system and the head end, leading video
systems suppliers and integrators are providing products that “connect
the dots” between installed analogue and digital equipment and between
security- and IT-based perspectives.
Joining analogue equipment to the digital future is facilitated by the
adoption of UTP as the transmission medium.  Fortunately, there is a
way to implement a cost-effective hybrid UTP system that gives
customers the product choices they need.  A UTP-based hybrid solution
supports today’s cost-effective analogue systems while providing the IP
ready cabling infrastructure when a switchover does occur.
For integrators who want to implement a digital-ready structured
cabling system that easily supports a wide variety of existing analogue
products, a Power-Video-Data (PVD) solution supports cameras with a
single four-pair cable.  Integrators can deliver a high quality picture
over the same infrastructure used by Ethernet datacom systems.  In
fact, most facilities already have UTP cable for their phones and
datacom needs.
There is a full range of UTP EIA 568B compliant CCTV transmission
products featuring RJ45 connectivity.  Power-Video-Data (PVD) products
now let Integrators standardize their structured cabling in accordance
with EIA 568B wiring protocols, reduce installation time, and fully
prepare the plant wiring for future digital systems when desired.
The PVD solution provides a convenient, cost effective and future-proof
way to connect power, video and data from the camera to the control
room.  These products provide interference rejection that lets video
signals co-exist in the same wire bundle as telephone, datacom, or
low-voltage power circuits.  Thus, the installer can fully leverage the
existing cabling infrastructure in accordance with EIA 568B wiring
standards, while reducing costs and time of installation.

SP&T:  How else can “future proofing” be put into play?
CAPULLI:   The “middle of the road” of video surveillance is upgrading
video surveillance by utilizing a Digital Video Recorder (DVR).  A DVR
system is not really fully IP-based, but is step toward the more
advanced IP technology.  In actuality, a DVR system uses the same
camera and structures for cabling as the older CCTV analogue systems,
but the old VCRs and multiplexers have been replaced with DVR for
storage of the data. The data is converted to digital so that it can be
stored on hard disks, but the quality of the images captured remains
analogue since this is how it originated.  In other words, analogue
signals are fed from the cameras to the DVR where they are converted
into digital signals for storage and/or transmission over digital
networks.

SP&T:  Aren’t there often problems with clarity though?
CAPULLI:  In such applications, one must be very careful of image
degradation.  That’s because analogue and digital use different video
display methods.  The signal coming from the analogue cameras is
interlaced while digital monitors and DVRs want progressive scan.

SP&T:  What’s the difference?
CAPULLI:  Interlaced means the lines that make up the picture on the
analogue monitor are drawn in an alternating fashion. In the U.S.,
first the even lines appear on the screen, then the odd lines appear.
During interlace display scanning, the screen is refreshed in two
top-to-bottom passes such that the lines scanned in one pass are
positioned between the lines drawn in the previous pass.
Progressive scan means the lines that make up the monitor picture are
displayed all at once in sequence.  It renders all lines in a single
top-to-bottom pass, which requires twice as much data per pass as
interlaced scanning.
Therefore, when moving from analog to digital, the video data format
must be converted from one that is compatible with interlaced fields to
one that provides progressive frames prior to rendering on a digital
display. The process of translating received interlaced video signals
into a progressive scan format for output and display on any digital
display is called de-interlacing. Properly processing the video from
its native interlace form factor to high quality progressive-scan data
is extremely important to the overall quality of the resulting image.
Not only will any de-interlacing artifacts be visible, but they also
increase the work that the codec must do to compress the image,
resulting in lower quality at a given data rate.

SP&T:  Can any DVR do this?
CAPULLI:  The transformation is done in the DVR but not all DVRs are
created equal.  Before selecting one type of product over another, the
user wants to literally see results. Here’s why.  If the cameras are
analogue and the monitor is digital, de-interlacing creates a
progressive scan at the DVR and passes it on to the digital monitor.
But, when the user wants to get a couple more years out of the analogue
monitor, the progressive scan needs to be reconverted back to the
interlacing method.  This is the step at which the image can get
softened and jaggy.  Samsung, for instance, has put a great deal of
work into its monitors, both digital and analogue, to assure images are
crisp, no matter which type of system is to be deployed.