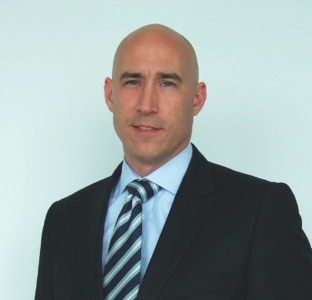 The last time SP&T News spoke to Aimetis CEO and Director Marc Holtenhoff at length was in 2008. The company has experienced considerable growth since then on the strength of its intelligent video management software Symphony, and its video analytics products. Holtenhoff discusses the company’s recent customer wins, plans for growth and why video analytics haven’t quite yet made it to the promised land.

SP&T News:  What has the company been doing in the last few years? How are you trying to position yourself in the market?

Holtenhoff: We’ve had really strong growth. We’ve had compounded annual growth rates in the 40 per cent range in the last three or four years. One of the things that has been the big driver has been our channel program, which we launched in 2008. At that time, we had maybe 10 resellers globally and now we have over 500. We cover about 100 countries, so we’ve really had aggressive investment in building out our sales channel. That’s had a direct impact on our success. With that we’ve continued to introduce subsequent versions of our video management and video analytics software. We’ve also launched new products. One of the products we launched earlier this year was a physical security appliance, the E3200, which is basically a purpose-built embedded server that is designed for small footprint retailers and kiosks and so forth. That won best in video storage at ISC West. It’s doing very well. We had a nice big order in the last month or so from a very big retail chain.
I also think from an end-customer acquisition perspective, we’ve continued to grow and get some high profile customers in different verticals. Munich Airport was a really big win for us. We have Bangkok Airport as well. In retail, we’ve won Macy’s. In Sweden, we won a company that’s like the LCBO (in Ontario) called Systembolaget with 400 locations. We’ve had some really interesting projects like the Islamabad Stock Exchange and the United Nations criminal court in Phnom Penh, Cambodia.

SP&T News:  Which distributors are you working with?

Holtenhoff: In Canada we have Tri-Ed, Anixter and Graybar. Anixter has probably moved the most product for us. Anixter is really strong — not just here (in Canada) but globally. It seems like the traditional (security) channel has a lot of customers and the relationships, so it just makes it easier. Ingram Micro has all the IT contacts, but they haven’t historically been going after the business in the security space.

SP&T News: Ingram is actually getting into security in a bigger way. They expanded their security division in Canada recently (see cover story, November 2011).

Holtenhoff: Maybe we should revisit them and see what’s going on.

SP&T News: Do you think the video analytics market has yet to blossom?

Holtenhoff: It hasn’t achieved the performance level in the industry that most people thought it would. We get business from it, for sure. It’s the kind of thing where it’s not on every camera, but on cameras that are high-risk. I think there’s been some challenges in the industry — not just from Aimetis but across the board. I think people didn’t have their expectations managed — where it works and adds value and where it doesn’t, especially when you’re dealing with a channel-based model. We may do a good job of explaining to our customers and partners that this is where you put it, and this is where you don’t. But sometimes that message may get lost in the distribution channel.
Another thing is, for the performance to work really well, it takes a little bit of tweaking in the installation. You have to know what you’re doing. It’s not your traditional “plug in a camera and coax cable and leave.” Unfortunately, it takes a little bit more finesse sometimes with the technology today. That takes time and effort and knowledge. If you don’t do it right, the performance can be compromised.
To be able to leverage video analytics properly, it has to be in the video management software and how it ingests the meta data. Whether it be smart searches or reports or event-based alarms or timelines — that’s all VMS functionality. We do the VMS and the video analytics, so we have been able to leverage the analytics in our VMS, which makes the adoption easier than it would be with some third-party VMS software. I know from working with some VMSes, they just treat the analytics as an alarm, so from a user perspective, you don’t get all the benefit that you could extract from analytics. Not to mention, you may have to buy, configure and integrate two different pieces of software and run it on two pieces of hardware. The VMS guys are busy making their money on the VMS portion, not so much on the analytics, so they’re not really motivated to do a lot of work on something that doesn’t make a lot of money.


SP&T News:  Retail, gaming and parking seem to be growth areas for video analytics. Have you found that to be your experience?

Holtenhoff: Yeah, retail for sure. Transportation is another area where we’re seeing interest, because you’re dealing with lots of cameras. You have to remember too that analytics isn’t just for real-time alerts. If you think about it, if you’re buying thousands of cameras for a transportation authority of some sort and you’re storing 30 days of video. You’re really doing it not because you’re going to watch 1,000 cameras in real time, but if something bad happens or you need to find out what went wrong and you need to investigate, analytics can be a huge time saver. Imagine going on the Internet without a Google search. You know there’s data out there somewhere; you have to go find it. Or going to a library and trying to find a book without a directory to tell you what row it’s in. It’s the same thing with searching through video. You spend all this money capturing data and storing it and distributing it. Now you can search through that information very quickly (using analytics). What ends up happening is people search more and use the video data more.

SP&T News:  What role do video standards play for you?

Holtenhoff: We are a member of ONVIF. We fit in the ONVIF-only camp. PSIA has some video; they’re mostly access control. ONVIF is heavily video, which is where we are. We implemented ONVIF spec 1.02 and that is working in the field. We’re on board with it. Quite frankly, of all the people who benefit, it’s the guys like us that benefit the most from the standard because we, and other VMSers out there, spend an inordinate amount of our time integrating devices and different features from different devices. We’re close to 40 different IP camera manufacturers. Each one has a different firmware. Even within the manufacturer, you’ll have different SDKs. It’s a really big pain. I have full time guys where all they do is device integration. When a standard comes along and all the cameras are ONVIF, I can free up resources and do more things to add value to the product.

SP&T News:  Where do you see yourself going next?

Holtenhoff: We’re optimistic about our future and think there’s still more growth for us. The market is competitive, so we have to keep innovating. We try to differentiate ourselves not only by product but by service. We’ve made some significant investments in the last year and a half in beefing up our service offerings and support. We’re also trying to make working with Aimetis easier, whether it’s the product itself, how we distribute it, how people procure it from us, the supporting infrastructure around that, like case management or accessing licences. We’re trying to make it easier for our solutions partners to work with us.