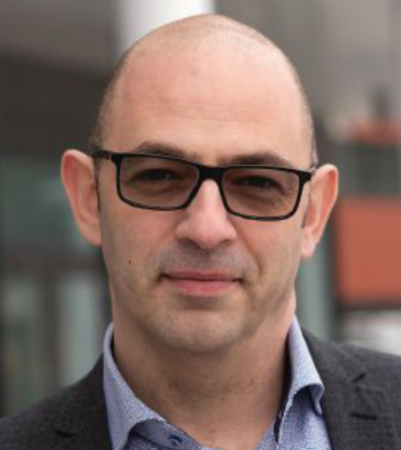 Leo Levit was recently appointed as chairman of ONVIF’s steering committee, taking over from Per Björkdahl, who served in the role for nine years.

ONVIF was established in 2008 by founding members Axis Communications, Bosch Security Systems and Sony. It has since expanded to more than 500 members, including 22 full members (the original founding members, as well as others including Hikvision, Canon, Honeywell and ASSA ABLOY), 19 affiliate, 15 contributing, 42 observers and more than 400 user members.

According to ONVIF, its mission “is to provide and promote standardized interfaces for effective interoperability of IP-based physical security products.”

ONVIF recently announced that there are more than 20,000 conformant products to its profiles, highlighting the market’s support for the profile concept.

In addition to his ONVIF appointment, Levit serves as director of system integration at Axis Communications. Prior to that he was global product manager of analytics solutions for the company. His previous industry experience also includes Sony Mobile Communications and Ericsson Mobile Platforms. SP&T News reached out to Levit to ask him about his goals for the organization and what might be on the horizon. He responded to questions via email.

SP&T News: What are your aims for the organization and what words of advice did your predecessor offer?

Leo Levit: My focus for ONVIF is simple — it is on how ONVIF can continue being relevant for its members and to the industry. In the words of my predecessor, and I am sure of his predecessor also, my aims are to drive ONVIF in a direction that meets the needs of the industry, as directed by the member companies, who ultimately decide the specific profiles and initiatives of ONVIF. For now, we are focusing on how the strategy of ONVIF will continue to adapt to the overall changing landscape of the security industry and global demands.

SP&T: Is there an opportunity for ONVIF to branch out into other areas of security technology beyond surveillance and access control?

LL: This is a great question, especially giving the aforementioned changing security landscape and the attention that security technology is gaining in mainstream markets.

Right now, ONVIF isn’t “branching out,” so to speak, but in general there are opportunities here for the security industry to look at different ways and different uses for deploying systems in various ways. For example, our Release Candidate for Profile M opens up the possibility to extract data that isn’t just valuable for security and safety applications but can be used for other business intelligence purposes as well.

We have the opportunity to explore a more vertical interoperability approach, allowing this multi-purpose usage. It’s something I look forward to exploring further with ONVIF.

SP&T: What is ONVIF’s role in terms of AI/machine learning and IoT in current and future security technology?

LL: To expand upon my answer above, interoperability is more necessary now than ever because of this shifting landscape.

The use of AI-based algorithms is dependent on the sensor’s ability to provide data and metadata — and that requires interoperability beyond just the camera. It’s important that we encourage and enable the adoption and growth of different applications within AI and within security devices. This will open up a great potential for the devices and clients in surveillance systems to provide increasing value beyond simple surveillance.

SP&T: How does open source factor into ONVIF’s plans?

LL: The opening of the GitHub platform last year was an important step forward for ONVIF, primarily because it has enabled organizational processes to function more easily and shortened the turnaround time for specification proposals.

It also allows not only ONVIF member companies but developers from other companies and industries to provide input to the development of ONVIF specifications based on their diverse perspectives and experiences. As technology continues to evolve at a faster pace, this open source methodology will help keep the work of ONVIF more relevant to the industry at large.

SP&T: How is ONVIF communicating with integrators and end users to make sure their interoperability needs/requests are heard?

LL: Our manufacturer members are the largest conduit for ONVIF to receive information about the needs of integrators and end users, as they are also trying to solve integrator and end-user pain points through their product development efforts.

Another part of our communications efforts with those stakeholders takes place at the various industry events that would typically be held throughout the year, and also through opportunities such as this interview to communicate what ONVIF is doing and open the door for feedback on what they have read.

I should also mention that membership in ONVIF is open also to integrators and end users who wish to have more of a participatory role in the organization and specification development.

SP&T: The COVID-19 pandemic has been a factor in the security industry in terms of business practices and the growth of technologies like touchless access control and temperature monitoring, but what has been the impact on ONVIF specifically?

LL: Technologically speaking, it hasn’t impacted ONVIF greatly as we’re a global community used to working in a remote fashion. That being said, we do rely on those important interactions and collaborations that take place at in-person events and meetings. We do see, however, that the pandemic has only highlighted the need for interoperability and we believe that makes our work even more important.

While ONVIF isn’t the whole solution, interoperability offers possibilities and opportunities for the integrator community to more easily tackle those issues brought on by COVID-19, such as integrating technologies for pandemic response into existing systems more easily as well as deploying systems that can solve new use cases triggered by the pandemic.