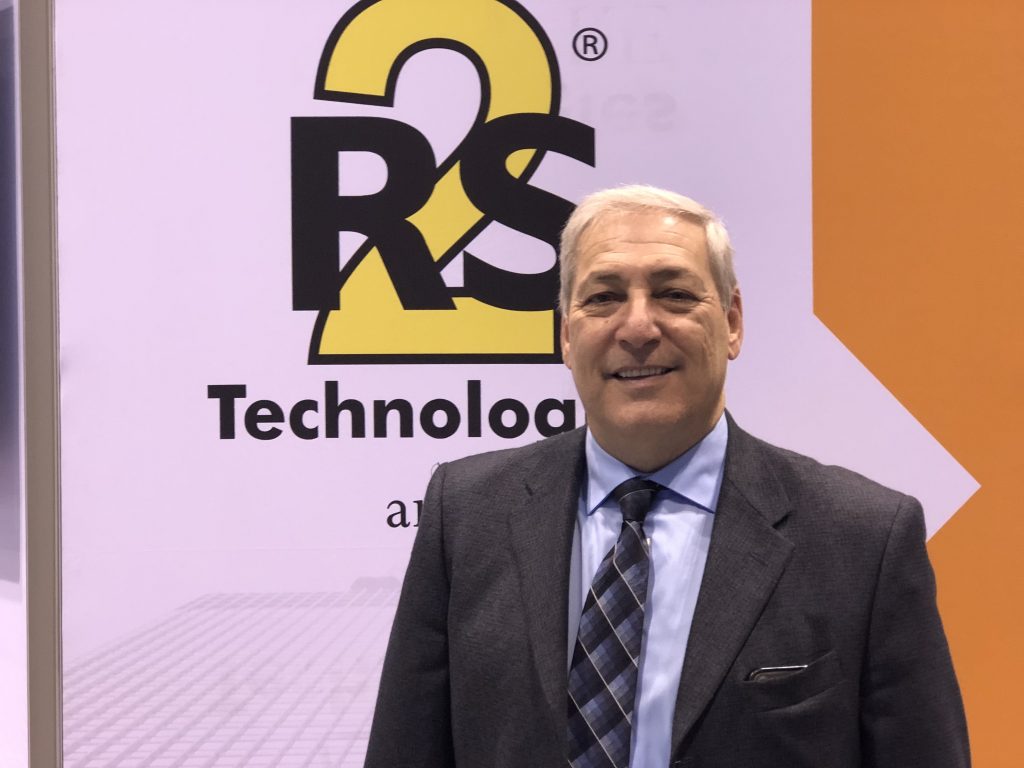 He started with the software and controllers portfolio from Ingersoll Rand, creating Vanderbilt Industries, and more recent acquisitions include Open Options and R2S Technologies. The company has focused on access control but not exclusively. SP&T News spoke to Grillo at the recent GSX conference in Chicago to learn more about ACRE and Grillo’s take on the market.

SP&T News: What led to the creation of ACRE?

Joe Grillo: We don’t use the full name [for ACRE] anymore — we haven’t in a while — but the concept was “access control and related enterprises.” That was what it originally stood for.

The highly fragmented access control landscape was what got us interested in the beginning to formulate ACRE as an entity. [We felt] like there might be an opportunity to do some consolidation of a lot of relatively small but really good properties in the industry.

In Europe, we acquired the Siemens security products business. That was a very large, restructuring and repair job. I moved there to do that myself. That’s done now and the business is doing quite well. It also has quite a significant intrusion and burglar alarm business as well.

About a year ago, we really started to focus on the U.S. market and did the two acquisitions of Open Options last December and RS2 in May of this year. It made us a much more balanced organization. Roughly half of our revenue comes from North America and the other half coming from Europe and the rest of the world — Middle East, Asia-Pacific. So that brings us up to the current time and we’re continuing to look at other acquisitions.

But at the same time, we’re now endeavouring to do some integration of the businesses.

SP&T: Is there any overlap between product sets as a result of the acquisitions?

JG: There is some overlap in the products, but that’s OK. Over time, we will take a look at consolidating on the technology side. Having multiple brands that may compete from time to time, we’re quite OK with. There are regional strengths to the companies because of where they originated from. There are vertical market strengths because of the history of where they’ve had success. There are different channel partners who may be loyal to those brands. If sometimes there’s competition, we’re OK with that.

SP&T: How much has the cloud changed your business?

JG: It’s still a fairly small part of our business, but it’s growing. Again, that’s a situation where you have to find the right channel partners. Some of the traditional integrators — where you go in, you sell the system, you install the system, you get a maintenance contract and then you go away — they’re not set up necessarily to think through how to sell a cloud-based system, which is a different type of a sale. But that’s certainly a growing part of our business.

It’s a growing part of the industry, though still, I think, a fairly small part of it. But we view that it will accelerate.

We have sold hundreds of ACT365 cloud-based systems in the U.S., up till now under the Vanderbilt brand and going forward under a couple of our other brands. The system originated in Europe where we began.

We also have a cloud-based intrusion installer tool in Europe for our intrusion business whereby the installers — and some of them are very large companies like Stanley or Securitas, and some smaller companies — can access their clients’ intrusion alarm systems to do system changes, management changes, without having to go on site. [The cloud-based tool is SPC Connect], which is a growing part of our business.

SP&T: As someone who’s worked in Europe and North America, how do those markets compare?

JG: There’s a lot of similarities in terms of the technology… the same types of channel partners, although the access control market can be very different in a country like Germany, where there’s a lot more direct selling to the end user. And there’s not a very developed wholesale distribution market. Whereas other parts of Europe, like the Nordic region or the U.K., have very well established wholesale distribution channels.

At a higher level, I think the macro economic environment is much tougher in Europe than it is in the U.S. right now, for all the reasons you read about in the press, whether it’s Brexit, slow growth or low growth. We hear that our competitors probably have less robust growth of the business in Europe than in North America at the moment, but I think that’s more of a macro economic influence than anything else.

JG: We certainly hear a lot about mobile credentials. That being said, the actual demand from end users, at least in most of our verticals that we serve, is still relatively small. We are looking at various partnerships. Different ones on perhaps both sides of the Atlantic because you have some very good companies and technologies that are out there that we’ll maybe try to partner with rather than try to build it ourselves. As long as we have good working relationships with the folks that are offering that technology, we’ll be able to react to our end users’ demands and reseller demands from our partners.

SP&T: What have you learned in the seven years since you founded ACRE?

JG: Some parts of the industry are the same. There’s consolidation, but there’s always new players. The channel, to me, is so important. And channel partners change. While you have the Convergints of the world, who get bigger and bigger, you always have very good, local, small, loyal resellers that you do business with. Certainly there are movements in the technology and in some of the verticals where we’re focusing a lot of our time.

Higher education and K-12 are probably the two biggest verticals where we see a lot of growth. [Also] growth in the medical industry. The impact of wireless locks and the lock companies [are] becoming so much better at the electronic side of the business. Even though they’re still relatively small, biometrics, mobile access and cloud. Those are the things we need to pay attention to. Those are the trends. That being said, this is still a fairly traditional business with a very sticky end-user customer base. People tend to keep with their suppliers and their systems for a long time. That works with you and for you, and it works against you when you’re trying to win new business.