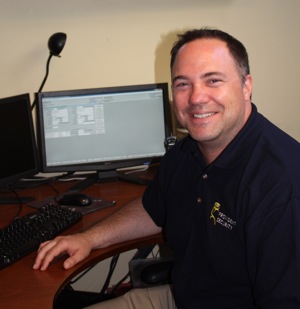 Bob Stevenson has joined Vancouver-based Provident Security Corp. as Lead Developer. In this role, he leads the company's software development team and is responsible for Provident’s IT infrastructure, including all alarm monitoring servers and database management.

According to the company, “In short, Bob is responsible for all of our software systems that enable us to guarantee a five-minute alarm response, know exactly where every client’s house key at any moment as well as tracking and managing the thousands of custom Homewatches we provide for our clients to make sure that their plants get watered, cats get fed, dogs walked, lights altered and garbage taken out… just the way they want it done.

“It’s a big job. But we know Bob is up for the challenge.”

Prior to joining Provident, Stevenson was with ADT for eight years. Originally starting as a Senior Programmer Analyst responsible for ADT Canada, Bob was promoted several times, eventually becoming a Software Engineer with responsibility for both ADT Canada and ADT USA.

In his most recent role, Stevenson led several major IT initiatives including creating an automated billing system used by several million customers. In addition, Bob was also responsible for developing web and desktop applications used by both ADT employees and clients. He was also involved in designing systems used to integrate databases after ADT’s acquisition of Broadview Security (formerly Brinks Home Security) in 2009.