Hacking has become a threat far bigger than most people think. 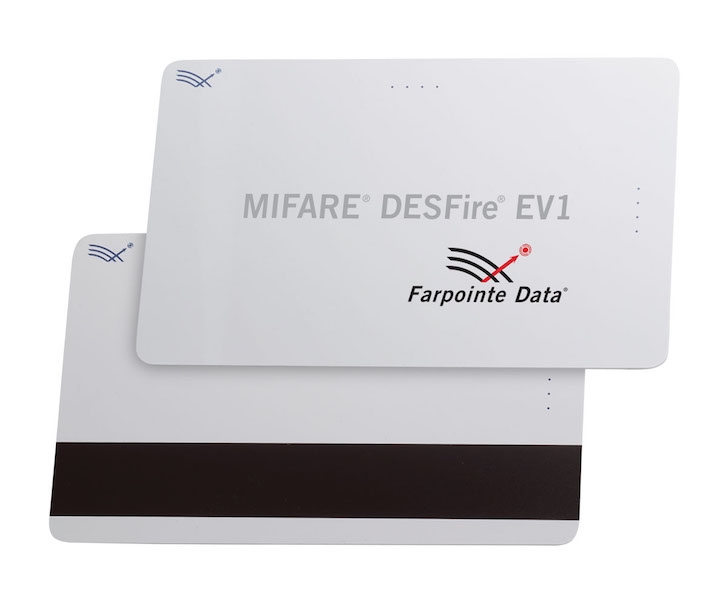 Many hackers are teenagers in basements just trying to get into any system that they can. It’s referred to as “opportunistic hacking.” And, when they get in, they like to change code that will create mayhem. That should not give you rest. Apple CEO Tim Cook warns, “The hacking community aren’t hackers anymore; they are sophisticated enterprises.”

IPVM recently reported how a $30 copier easily spoofed a popular proximity card. The column stated that the copier “used to copy the cards works much the same way as normal card readers, with transceiver coil, power supply, IC chip, buzzer and even LEDs components shared by both. Given the principal operation of contactless card readers, the copier excites the coil and delivers power wirelessly to the card, which then momentarily stores energy and then uses it to broadcast card details back to the copier.”

For instance, were you aware that by simply putting the default installer code in a disarmed state, it can be used to view the user codes including the master code or to change or create a new code? Therefore, if a potential unauthorized person gains access to a panel in the unarmed state, using the installer code gives that person access to all installed hardware and will even allow creation of a new user code or change of a current user code. This code then trumps the master code or other user codes.

So, if the installer does not change the default code, the user might as well be giving a user code to everyone. Less than 30 seconds is all it takes to view the master, all other user codes, or even create a new one. Yes, you say, but what if the installer says that they don’t have the default installer code? Unfortunately, too often, these codes can be found online with a simple Google search. And, of course, once inside the system, the hacker can also get access to the rest of the computer system.

Sometimes the problem is within the software itself. Oftentimes, the default code is embedded in the app to provide a mechanism to let the device still be managed even if the administrator’s custom pass code is lost. However, it is a poor developer practice to embed passwords into an app’s shipped code, especially unencrypted.

Adding to the problem is that Wiegand, the industry standard over-the-air protocol commonly used to communicate credential data from a contactless access credential to an electronic access reader, is no longer inherently secure due to its original obscure and non-standard nature.

For this reason, options are now available that can be added to the readers. The first is MAXSecure, which provides a higher-security handshake, or code, between the proximity or smart card, tag and reader to help ensure that readers will only accept information from specially coded credentials. The second is Valid ID, a relatively new anti-tamper feature available with contactless smartcard readers, cards and tags. Embedded, it can add an additional layer of authentication assurance to NXP’s MIFARE DESFire EV1 smartcard platform, operating independently, in addition to, and above the significant standard level of security that DESFire EV1 delivers. Valid ID lets a smartcard reader effectively help verify that the sensitive access control data programmed to a card or tag is indeed genuine and not counterfeit.

First of all, when considering any security application, it is critical that the access control provider needs to realistically assess the threat of a hack to a facility. For example, if access control is being used merely as a convenience to the alternative of using physical keys, chances are the end user has a reduced risk of being hacked. However, if the end user is using their access system as an element to their overall security system because of a perceived or imminent threat due to the nature of what they do, produce or house at their facility, they may indeed be at higher risk and they should consider methods to mitigate the risk of a hack. Here are a few steps that may be considered in reducing the danger of hacking into a Wiegand-based system.

• Install only readers that are fully potted. Potting is a hard epoxy seal that does not allow access to the reader’s internal electronics from the unsecured side of the building. An immediate upgrading is recommended for readers that fail to meet this standard.

• Make certain the reader’s mounting screws are always hidden from normal view. Make use of security screws whenever possible.

• Embed contactless readers inside the wall, not simply on the outside, effectively hiding them from view. Or, if that is not possible and physical tampering remains an issue, consider upgrading the site to readers that provide both ballistic and vandal resistance.

• Make use of reader cable with a continuous overall foil shield tied to a solid earth ground in a single location. This helps block signals from being induced onto the individual conductors making up the cable as well as those signals that may be gained from the reader cable.

• Deploy readers with a pig tail, not a connector. Use extended length pig tails to assure that connections are not made immediately behind the reader.

• Run reader cabling through a metal conduit, securing it from the outside world. Make certain the metal conduit is tied to an earth ground.

• Use the “card present” line commonly available on many of today’s access control readers. This signal line lets the access control panel know when the reader is transmitting data.

• Provide credentials other than those formatted in the open, industry standard 26-bit Wiegand. Not only is the 26-bit Wiegand format available for open use but many of the codes have been duplicated multiple times. Alternatives can include ABA Track II, OSDP, RS485 and TCP/IP.

• Offer the customer cards that can be printed and used as photo badges, which are much less likely to be shared.

• Employ a custom format with controls in-place to govern duplication.

• Make available non-traditional credentials with an anti-playback routine, such as transmitters instead of standard cards and tags. Long range transmitters offer the additional benefit of not requiring a reader be installed on the unsecure side of the door. Instead they can be installed in a secure location, such as the security closet, perhaps up to 200 feet away.

• Assure additional security system components are available. Such systems can also play a significant role in reducing the likelihood of an attack as well as mitigating the impact of a hack attack should it occur.

• Intrusion: Should the access control system be hacked and grant entry to a wrong individual, have a burglar alarm system in place to detect and annunciate the intrusion.

• Video: If the access control system is hacked, granting entry to an unauthorized individual, have a video system in place to detect, record and annunciate the intrusion.

• Guards: If the system is hacked and intruders are let in, make sure that guards in the control room as well as those performing a regular tour receive an alert notifying them that someone has physically tampered with the access control system.

We must always stay one step in front of the bad guys. With the proper tools, any of these assaults can be defended.

One aspect of securing a card’s information is to make the internal numbers unusable; they must be encrypted. To read them, the system needs access to a secret key or password that provides decryption. Modern encryption algorithms play a vital role in assuring data security.Today,13.56 MHz smart cards are used to provide increased security compared to 125 KHz proximity cards. One of the first terms you will discover in learning about smart cards is “MIFARE,” a technology from NXP Semiconductors. MIFARE enables 2-way communications between the card and the reader. The newest of the MIFARE standards, DESFire EV1, includes a cryptographic module on the card itself to add an additional layer of encryption to the card / reader transaction. This is amongst the highest standard of card security currently available. MIFARE DESFire EV1 protection is therefore ideal for sales to providers wanting to use secure multi-application smart cards in access management, public transportation schemes or closed-loop e-payment applications.

Don’t let them hack the system you specify

Protecting your customers’ organization(s) from hackers is imperative. The threats have grown to the point where they now include sophisticated government backed entities as well as teenaged mischief makers.

With knowledge of what hackers seek and the remedies available to thwart them, anti-hacking specifications are now mandatory.

For additional help, ask your manufacturer to provide you with their cybersecurity vulnerability checklist.

Scott Lindley is the president of Farpointe Data.
Print this page