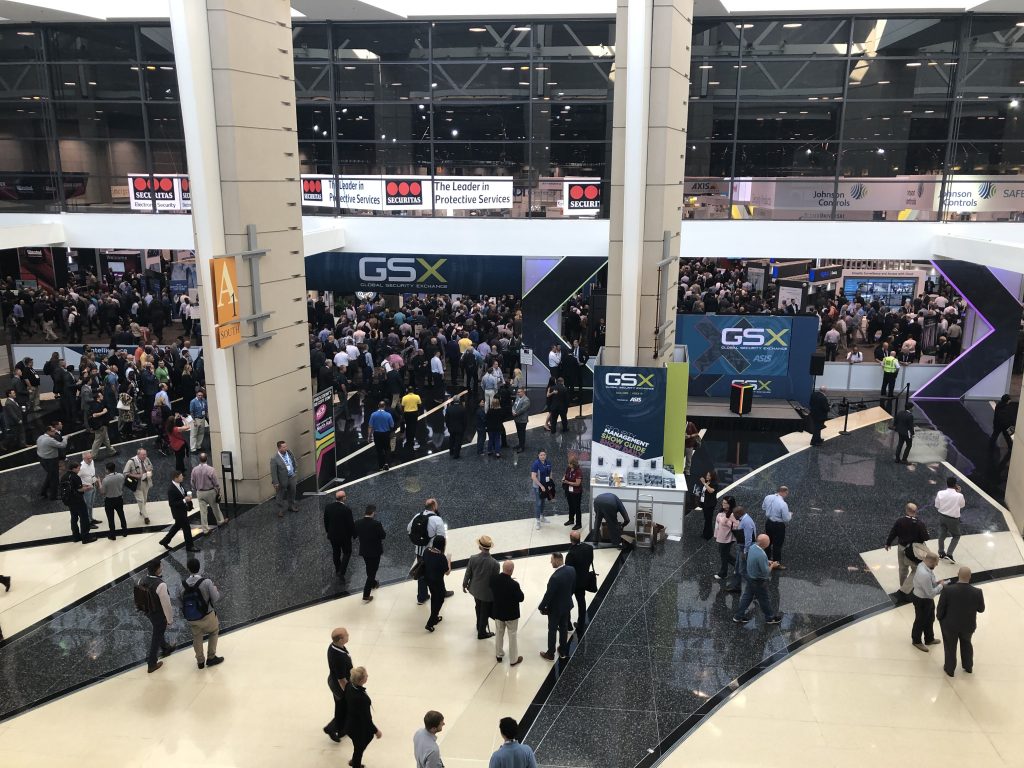 Global Security Exchange (GSX) held its annual security conference and exhibition Sept. 8-12 in Chicago, Il. The event, organized by ASIS International, hosted more than 550 exhibitors and drew approximately 20,000 attendees from 125 countries, according to the association. GSX also housed a “Disruption District” to showcase start-up companies, drones and robots. GSX will return in 2020 to Atlanta, Ga.

Cepton’s team. The company demoed its LIDAR technology at GSX.

A bird’s eye view of the exhibit hall

Commissionaires offered attendees a chance to take a quiz to get to know the organization better. Correct answers were entered into a draw to win a home security system