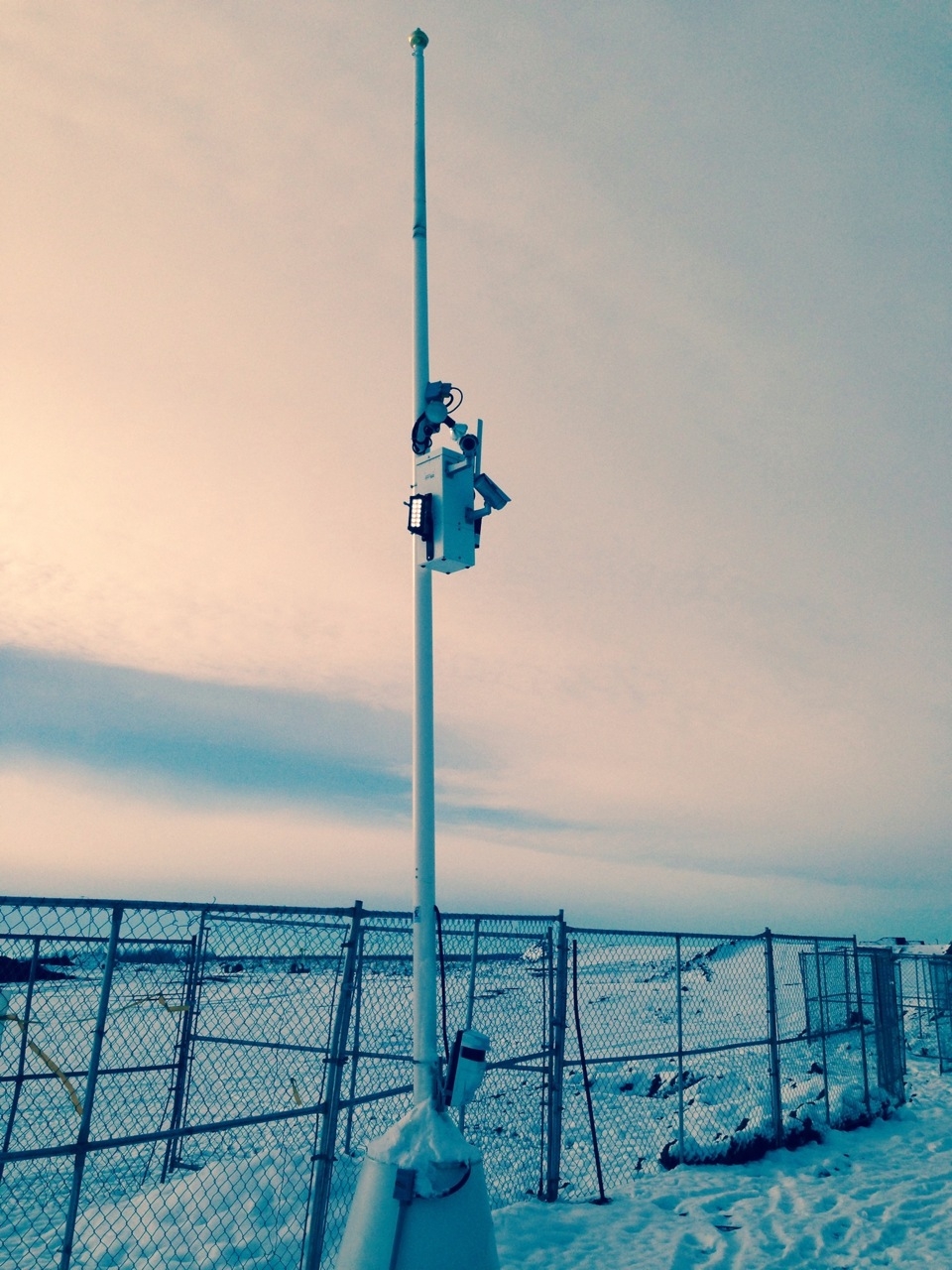 Cove Properties worked with 2020 DSS, a leading-edge digital security system company in Edmonton, Alberta, who created a unique solution based on the PowerSentry from Mobile Pro Systems. PowerSentry is an easily installed and configurable “power platform” for mounting and powering surveillance, communications, and network devices.

The challenges in creating a rapidly deployable, short-term security system included the ability to withstand the harsh northern environment of short winter days and subzero temperatures.

“The Optex Redscan Laser Detector is engineered to provide a performance edge when dealing with a number of environmental challenges such as low temperature,” says Mac Kokobo, CEO of Optex Inc.

2020 DSS chose Milestone XProtect open platform video management software because of the seamless integration with cameras and the Optex Redscan laser detector. Integration provides an all-in-one system for visual verification and event response from one platform.

The first test was in late December into early January, when normal temperatures fell to -40°F and -60°F with the wind chill, and demonstrated the ability to work in harsh environments.

“The systems are working great and we haven’t had a system go down at all,” says Gene Telfer, President of 2020 DSS. “The combination of Optex, Mobile Pro Systems and Milestone provided our customer with the perfect solution to secure their perimeter.”