ONVIF, a standardization initiative for IP-based physical security products, announced that more than 2,000 products are now certified as conformant with the ONVIF interoperability specification. 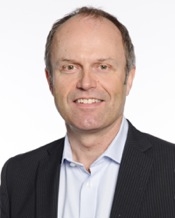 The 2,000 products milestone for ONVIF also represents a two-fold increase in conformant products over the last 12 months, with overall ONVIF membership ranks growing to more than 400 individual companies. “Achieving this milestone of more than 2,000 conformant products, more than half of those within the last year, is an important marker in the movement to adopt interoperability standards on an industry-wide basis,” says Jonas Andersson, chairman, steering committee, ONVIF.

ONVIF has also launched an online training webinar. Details are available at www.onvif.org.