Oncam, a provider of 360-degree video capture and business intelligence technology, announced on Tuesday that its 360-degree Evolution Stainless Steel Camera has earned the certification from NSF International to Standard 16 – Special Purpose Food Equipment and Devices. The company says it is the first and only surveillance camera to receive the NSF certification. 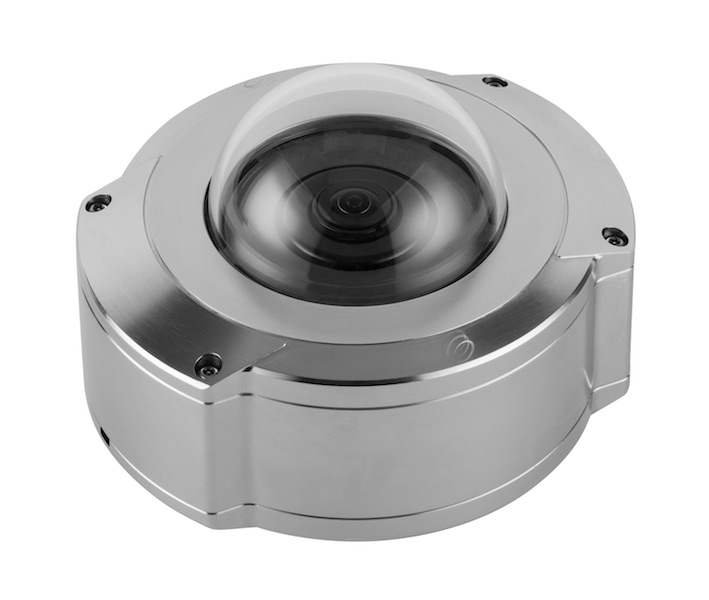 The camera, which is available in the 5MP and 12MP models, is “ideally suited” for use in harsh environments because it features corrosion resistance to salt and chemical spray. This also makes it suitable for food processing areas, industrial and chemical plants, vehicle wash stations, ports and marine applications, and prestige architecture, says Oncam.

Additionally, the Stainless Steel Camera is IP69K rated against water and dust ingress, “making the camera resistant to high pressure and high temperature washdowns,” and is IK-10 rated against vandalism.

The camera also features an enclosure constructed from electropolished marine-grade 316 stainless steel, which the company says “guarantees greater resistance to corrosion and rusting,” in comparison to traditional steel.

“The unique form factor opens up a world of possibilities for those applications with the need for stringent sanitation requirements and protection from the elements,” said Justin Wheatley, VP Product Management, Cameras, Oncam.

The Oncam Evolution Stainless Steel camera will be on display during the 2017 ASIS International Conference and Expo, from September 25-28 in Dallas, Texas.