Oncam Grandeye has named industry veteran Adrian March as its new COO. Graham Wallis will continue as Oncam Grandeye’s Regional President of the Americas but will transition the role of COO, effective immediately. 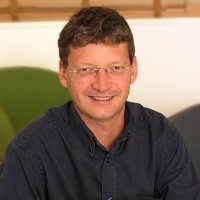 Marsh has been in the IT industry for more than 30 years, having started as an R&D engineer in the telecommunications space. He then spent 10 years at technology-incubator and telecom pioneer Newbridge Networks and, after it exceeded $1 billion in annual revenues and had obtained the number-one market share in the Wide Area Network market, he took his talents to Nortel Enterprise Division (now Avaya), where he spent seven years in senior roles from Global Accounts to heading up their EMEA channel.

However, the burgeoning and soon-to-be integral world of information security beckoned. Marsh joined Trend Micro, a $1 billion global leader in the industry, where he was initially responsible for global business operations pertaining to small-to-medium sized businesses with their unique IT needs. He helped to rapidly build this segment, and it became responsible for approximately 30 percent of Trend Micro’s overall revenues. Subsequently, he was responsible for running the company’s European channels and he eventually became vice president of international markets.

Immediately prior to joining Oncam Grandeye, Adrian had successfully established his own consultancy business, Cirrus Europe, advising both technology startups and more established companies on channel strategy as well as how to enter new markets. He was especially effective with companies looking to reinvigorate an established channel or to evolve strategy reflective of today’s omnipresent cloud-computing paradigm.

“The COO is a vital role, and Adrian’s vast expertise will help position us as the leading security and technology firm going into the future,” said Firas I. Bashee, Group CEO for Oncam Technologies, “Utilizing his extraordinary background, Adrian will set a strong direction and strategy for our company’s sales and management teams worldwide.”