Headlines News
Municipal by-laws and the use of residential cameras

Homeowners who install video surveillance cameras that view the sidewalk and street surrounding their residence should be aware of by-laws that restrict where those cameras can be pointed.  The Hamilton Spectator recently reported that its city council has decided to keep its by-law that prohibits Hamilton homeowners from pointing security cameras at the street. 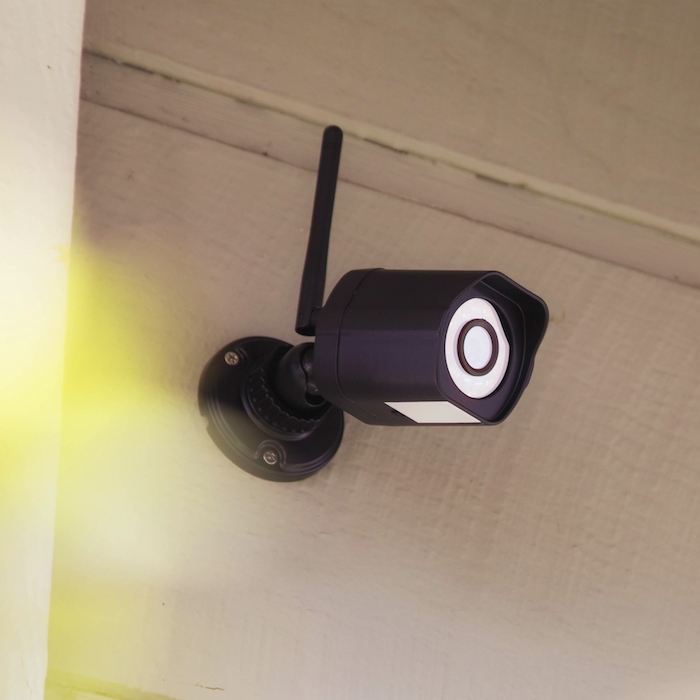 The by-law was passed in 2010 as part of the anti-fortification response to, among other things, (biker) gang clubhouses that employed surveillance cameras for perimeter security purposes.

(10) ” ‘excessive protective elements’ means the use, maintenance or construction of devices, objects, material components, or any contrivance designed for surveillance … and which are the following:  c.  The application of visual surveillance equipment, including video cameras, ‘night vision’ systems, or electronic listening devices capable of permitting either stationary or scanned viewing or listening, designed or operated so as to listen or view persons or land beyond the perimeter of the land actually owned, leased or rented by the occupant, or the use of visual surveillance equipment where the exterior lenses are obstructed from view or which are employed so as to prevent observation of the direction in which they are aimed.”

Hamilton’s Fortification By-Law states that “4.  No person shall …(2) Apply, use, cause, permit or maintain excessive protective elements to or on land; or …”

This by-law effectively means that video surveillance cameras can only be used to monitor and/or record a homeowner’s land and nothing beyond its borders (i.e., property lines).

Hamilton is not the only Ontario municipality to restrict the use of video surveillance cameras. There are many others.2

Supporters of this kind of by-law claim that it is necessary to “protect citizens right to privacy.” They claim that a person has a reasonable expectation of privacy even when in plain view of the public.  According to the Spectator story, Ontario’s privacy commissioner Brian Beamish “called the risk to privacy ‘particularly acute’ because street-pointed surveillance often needlessly records information about “law-abiding individuals going about their everyday activities.”

Security cameras on non-residential buildings are not affected by such by-laws but may be governed by provincial or federal privacy laws such as PIPEDA.3

Elliott Goldstein, B.A, J.D., can be reached at elgold@rogers.com.

The author wishes to thank Russell Ormerod of Ormerod Security Services for suggesting this topic.

2 A website containing a list of Ontario Video Surveillance Camera Laws is found at https://jay360.ca/ontario-video-surveillance-camera-laws-complete-listing/.  Disclaimer: The author does not endorse this website or vouch for its accuracy or completeness.

3 See the Personal Information Protection and Electronic Documents Act, S.C. 2000, c. 5 and the website of the Office of the Privacy Commissioner of Canada, at www.priv.gc.ca