Moni, a subsidiary of Ascent Capital Group (ASCMA), has revealed an interactive messaging hub will be released to its 1 million residential customers in early 2017. This patented technology is named ASAPer for its ability to alert both Moni customers and their emergency contacts “as soon as possible” when an alarm is triggered. 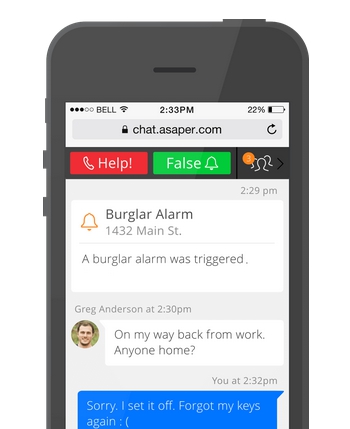 “We look back at many events in our lives that transpired over only a few seconds but had a lasting impact,” said Jeff Gardner, president and CEO of Moni Smart Security. “Moni understands that an alarm event can be one of those moments, and every second counts. With ASAPer, we’re not only providing an alert, we’re providing emotional security to our customers, involving them in the alarm response and assuring them of next steps.”

The company notes ASAPer has been tested and refined by customers of Moni’s subsidiary company, LiveWatch.