Mission 500 and ESA Gives Back, the association’s charitable and philanthropic program, joined forces with the humanitarian agency World Vision earlier this year and raised a total of $12,500 towards a water sanitation project in the State of San Luis Potosi, Mexico. 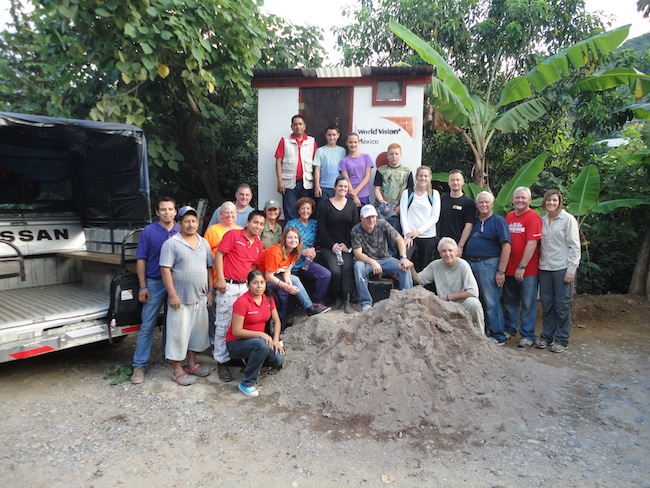 In October, a total of fourteen volunteers from the security industry, including three of the 2014 Security 5/2K top fundraisers who earned the trip as a prize, visited the project first hand.

“After our last mission to Tanzania, in January 2014, Mission 500 made it our goal to organize these trips every year,” said George Fletcher, Advisory board member and Mission 500 volunteer. “Traveling and helping in this way enables our fundraisers and donors to have a unique volunteer experience and witness firsthand the transformational effects of our child centered cause.”

Mexico is the 11th largest country in the world, with just under 120 million residents and an income per capita of $10,307 USD. Almost 33 percent of the population lives in moderate poverty and 9 percent lives in extreme poverty, meaning over 50 million Mexicans are living under $5 USD a day; more than 20 million of these are children.

The State of San Luis Potosi is located in North Central Mexico and is bordered by nine other states. The population’s lack of basic needs leads to a high level of poverty that is related to the incapacity to generate jobs, marketable services and infrastructure, which does not allow them to interact with other economic and labor sectors.

The facilitation of clean water is one of the challenges San Luis Potosi is working to overcome in the municipality of Tepetzintla. Tepetzintla was formed through the efforts of one of World Vision’s local Area Development Programs (ADP) and was chosen to benefit from the 2014 ESA Gives Back program. World Vision staff worked with community leaders to determine that one of their biggest needs is a water sanitation system. The sanitation system is most efficiently facilitated by the implementation of ecological latrines.

Globally, approximately two million children die each year due to preventable infections spread by polluted water or inadequate sanitation. The challenges of water and sanitation depend on people’s access to these services and on improving quality and operational efficiency. The use of ecological latrines enables the community to prevent pollution, render their waste safe for reuse, and contribute to their food supply through the production of organic fertilizers.

The volunteers traveled to Tepetzintla to help build the ecological latrines and meet the families benefiting from the new system. When they weren’t constructing latrines, they were having lunch with the families, passing out small gifts and playing soccer games with the children. After five days of experiencing a culture very different from their own, volunteers left with a new sense of gratitude and outlook on life.