Mission 500, a non-profit initiative focusing on the security industry, raised more than $95,000 at its seventh annual Security 5K/2K Run/Walk and related sponsorships at this year’s ISC West. 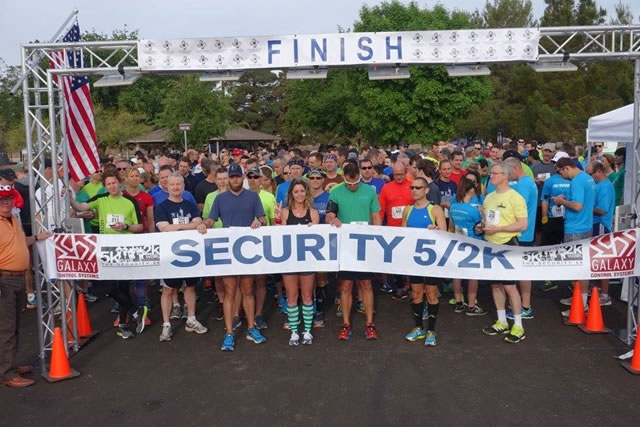 Volunteer and donor participation were strong for this year's Mission 500 charity race.

“The excitement level, volunteer and donor participation, and individual fund raising efforts for Mission 500 were stronger than ever at ISC West this year,” said Jeff Eichenlaub, director of strategic partnerships for Mission 500.

“We are truly grateful to each and every corporation and individual sponsor that supports our goal of assisting children in need, by providing the essential items and support to help improve their lives today and in the future.”

Proceeds from the event will support children in the U.S. through the Rebuilding Hope at Home program, which provides academic scholarships, school supplies, and essential items like clothing, personal hygiene supplies, and building materials, as well as disaster response and training for community organizations to empower young people.

Fifteen 5K/2K participants became members of the 500 Club, which recognizes volunteers who raise $500 or more for Mission 500. This fundraising added more than $15,000 to the final fundraising total of $25,000.

The top fundraising team was Pelco by Schneider Electric, donating a total of $4,424 in individual and company-matched donations. Ronnie Pennington of Altronix was the top individual fundraiser with $3,250, followed by Liz Cohen of Anixter with $1,000, which is to be matched by her employer. Max Burgess, Jeff Gardner and Sharon Shaw each raised more than $1,000. Pennington was honored with a trophy presented by Robert Laughlin and Rick Caruthers of Galaxy Control Systems, which sponsored the award.

Pelco by Schneider Electric hosted a customer appreciation party at Drai’s nightclub, which drew 800 attendees. At the event, Mission 500’s advisory board member George Fletcher spoke about child poverty in the U.S. Pelco also featured Cocktail for a Cause, where attendees were invited to try a complimentary specialty blue drink and encouraged to donate to the Mission 500 cause during the event. Guests at the event also received complimentary snapshots, where donations to Mission 500 were also accepted.

Medal winners and sponsors were acknowledged at the Security 5K/2K awards ceremony, where Mission 500 also honored Sean Sportun of Mac’s Convenience Stores with its seventh Mission 500 Humanitarian Award, which honors individuals in the security industry who make important contributions to those in need. Alliance Security was the sixth recipient of Mission 500’s Corporate Social Responsibility Award.

The Security 5K/2K Mission 500 Race at the 2016 ISC West Expo in Las Vegas was a collaboration between United Publications, publishers of Security Systems News; ISC West and their parent, Reed Exhibitions; World Vision and Mission 500.

This year Mission 500 launched an award to honor the exhibitors who register the highest percentage of team members attending ISC West. Mission 500 is proud to announce Paxton Access as the winner of this new award.