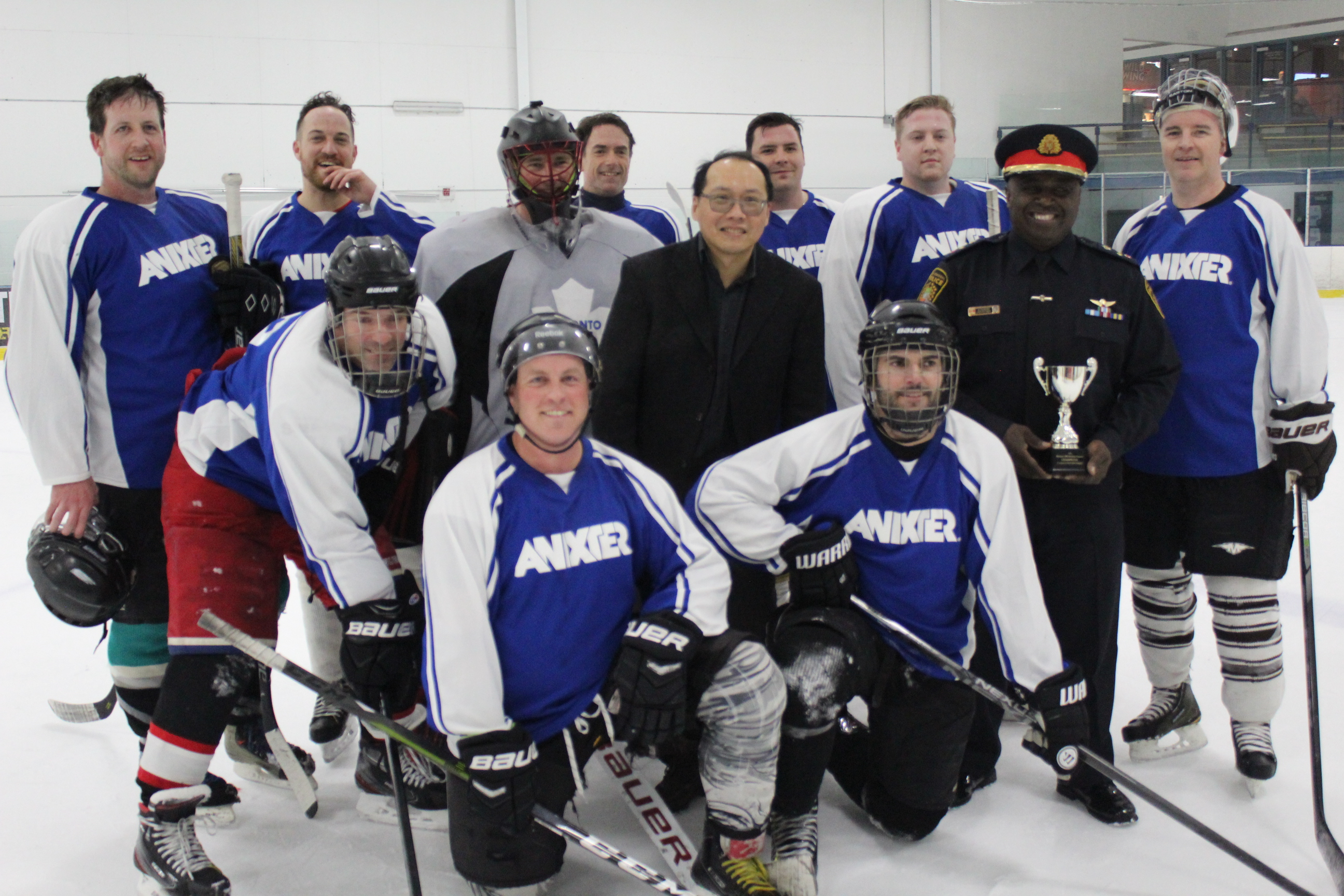 The winners of the day were the players from Anixter following a tight game ending in 3-2. Peel Region Police Deputy Chief Mark Andrews presented the first place trophy to Anixter. The runner up was the team from York Region Crime Stoppers, and in third — with a little help in their final game from City of Brampton Mayor Patrick Brown, who came out to support the event — was the team from Peel Paramedics.