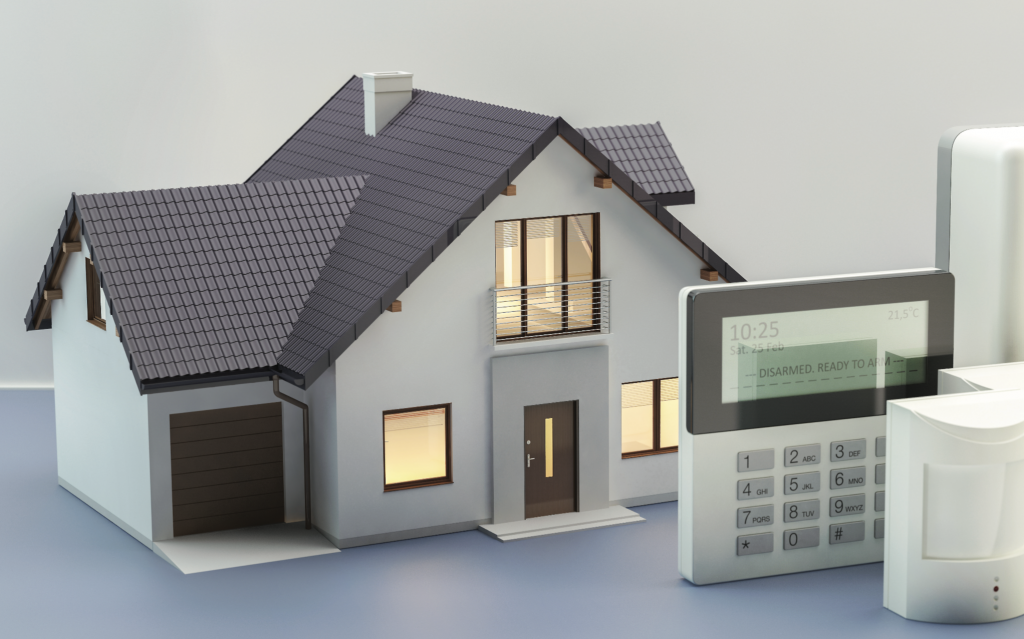 The home automation market has changed in recent years with the advent of new technology, new metrics, new players (many of them telco and consumer giants) and new customers.

To stay current with the market and ahead of the trends, alarm and security dealers may look to the support that a well-established alarm dealer program can provide. The right mix of marketing and technical and financial support can help a dealer survive the tumult of the current market and hopefully thrive well into the future.

Smaller alarm companies run the risk of getting lost if they don’t have a proper support system, says Dina Abdelrazik, senior analyst with Parks and Associates. The research firm conducts an annual dealer survey to take the pulse of the alarm industry.

“Dealer programs have really had to step up to provide dealers with the tools they need to differentiate themselves, as well as be able to compete well in the market,” says Abdelrazik.
Parks Associates’ survey looks at the U.S. market, but the trends it addresses can also apply to Canada, she says — the need for marketing and sales support to communicate the value of a modern security system is a universal one.

Monitoring models
Wes LaBrash, director of marketing and sales at Saskatchewan-based SecurTek Monitoring Solutions, says the company has adapted to the changing needs of its dealers and customers over its two decades of business. When the company was first formed, it was driven 100 per cent by a dealer program. As SecurTek acquired new dealers, their accounts became SecurTek customers and they would receive service and support under the SecurTek umbrella.

But it became apparent that wholesale monitoring — selling monitoring services directly to independent dealers — was a necessary step in the company’s evolution, he says. As this trend continued, a hybrid approach emerged where “you could live in both worlds if you wanted to,” says LaBrash. Dealers could offer services to the public through SecurTek and represent the company as an independent contractor, or else simply utilize SecurTek as a partner through a wholesale model. The hybrid program, which has been up and running for about a decade, has added some flexibility to the relationship between SecurTek and its dealers and opened up new options. “We’ve found a way to make that work,” says LaBrash.

A large provider like SecurTek can offer a range of support services, he adds. Under the wholesale program, the company can provide billing and customer support, while still allowing the alarm company to maintain their own logo on the invoice. For SecurTek dealers, there are a broad range of options available as well.

Industry pressures and an increasingly competitive environment have driven a lot of independents to seek out established dealer programs as a safe haven. Such programs can help mitigate the risk associated with customer churn, says LaBrash.

“Providing the correct language to sell is really big,” adds Abdelrazik. “When you’re moving into things like interactive services and smart home devices and having to have all these smart home devices work in the home with your security system, that becomes a huge challenge. How do you sell that? How do you upsell that? [Dealer] programs are really focusing on how to provide adequate training and marketing tools.”

LaBrash says SecurTek can provide its dealers with phone tech support to help installers when installing equipment on site and help end users who may still have questions after the install.

The technology is trending towards greater complexity, particularly with IP-based systems. “Now you’re wiring in doorbells and cameras and door locks, and you’re activating it on a third-party portal and you’ve got to train the customer on how to use it. What those dealers also need is somebody that can support the customer. If the customer has questions after the install and they want to phone somebody, they can phone us,” he says.

More data
A major upside of today’s systems and security environment is the amount of useful data that is generated, says Patrick Soo, director of national sales, Canada, for Alarm.com.

“With interactive services, which is Alarm.com’s focus, we’re helping the dealers drive higher quality business,” he says. The technology can provide end users with more control and more insight into how their systems are working. Dealers get a clearer picture of what their customer base looks like.

According to Soo, Alarm.com is able to provide key data to dealers while still exceeding all Canadian privacy requirements.

“How many accounts are they adding, what does their attrition look like, what’s their service package, is it residential or commercial? They have a lot of resources at their fingertips through our dealer portal,” says Soo.

Residential vs. commercial
An unintended consequence of the Alarm.com platform and its reach is the degree to which it became adopted by small business, adds Soo. “What we found was, when we started off with a residential focus, a lot of our dealers were selling our solution into small and medium business and even medium enterprise. We realized we were really missing an opportunity.”
Soo says the commercial channel is now Alarm.com’s fastest growing market. “We’ve added access control to our platform. We’ve got commercial grade cameras and commercial grade streaming video recorders. We’re really excited about what we can do in the commercial space — helping dealers leverage that. Especially in light of what’s happening in the residential space. It’s becoming a lot more competitive.”

LaBrash says that SecurTek’s residential program continues to thrive — “We’re signing up new dealers pretty regularly” — but the commercial segment is growing more quickly.
“That’s where many dealers are focusing. I’d say our most successful dealers are investing more time and money into commercial, but they’re not walking away from residential.”

What to do about DIY
A relatively new wrinkle in the market is the appearance of do-it-yourself security products, often sold through big box retailers.

While this trend may have caused some initial consternation among the established alarm industry, or it has just been ignored altogether, some companies, both big and small, have figured out the upside of DIY.

Chaudhary has been an ADT dealer since 2003 and in 2016 started a sub-dealer program, providing support and services. “We teach them [dealers] from the get-go and work with them on a daily basis,” he says.

The outlook for professional monitoring firms looks good, he says, particularly for forward-looking companies who capitalize on opportunities to upsell clients.

There are a lot of legacy alarm panels still left in the field and smart dealers will be able “to fill that technology gap… At the end of the day, it’s a customer market. The customer is going to get a lot of benefits with this new technology,” he says.

Chaudhary has also established a business which caters purely to the DIY client, DIYProtection.ca. In Chaudhary’s view, the market for this remains an underserved one: retirees, cottagers and people who live in more remote areas. For the latter especially, it can be cost-prohibitive to send out a professional installer, “so it’s a big opportunity for us.”

Chaudhary tested out the business model for more than a year before launching the website in 2019. Customers can buy security systems that are pre-packed and pre-programmed. Everything can be shipped in one box and sent via an overnight courier. Once the user sets up the system in their home, they call in to activate it. Professional monitoring options are also available for those who desire a more complete offering.

Parks Associates’ Abdelrazik says their research indicates solid growth in the smart home and DIY security market, with about 29 per cent of U.S. consumers adopting at least one smart home device. But the DIY model is still a disruptive one, says Abdelrazik, with many dealers wrestling with the question: “‘How am I going to sell a DIY system — something that’s self-installed. And how is that going to compete with what I’m currently offering?’ Dealers want to be in the home. They want to be installing the security system themselves.”

Some dealers are starting to make that transition. “It’s slowly growing,” she says. “They’re treading cautiously, trying to figure it out, but that is something that is emerging.”