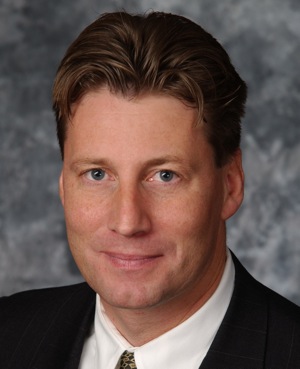 Peter Strom
March Networks is cutting the company’s global workforce by seven per cent and reducing the salaries of all North American executives and staff by six per cent as it tries to fortify itself for the continued downturn.

“The company continues to remain focused on the execution of its strategic objectives of global growth and improving its operating profitability,” said Peter Strom, president and chief executive officer, March Networks. “These measures will provide the company with greater flexibility to achieve those objectives within the context of a challenging economic environment.”

With several sectors such as retail and banking facing uncertain times right now — sectors March has traditionally served — the decision was to try and offset any hit in business they might suffer in next few months if those industries should slow their capital expenditures any further.

"It’s really about the lack of visibility and the uncertainty around the economy that raises the yellow flag and makes us say ‘let’s be prepared to withstand a slowdown’," said March Networks vice-president of Global Marketing, Peter Wilenius.

In December, even as retailers in North America began clamping down
on big new capital expenditures for their security departments, Strom
said he was bullish on the security market as the Ottawa-based company
was preparing to head into the first quarter of this year.

And in fact the move to cut jobs and rollback wages was not made as a result of customers cancelling orders, but rather the company’s inability to predict business in the first half of the year, said Wilenius.

"To be honest, we haven’t seen that yet (cancelled orders), but it’s a possibility. Certainly in North America we expect to see retailers having tough times and we’ve seen signs of that already. We can’t say that specific to our business we’ve seen customers cancel, but certainly there is an increased risk of that happening and I think it’s safe to say it could happen across the industry. With respect to us it’s really about being prudent and not having the visibility of what may happen in three to six months."

Wilenius would not say exactly how many people a seven per cent cut in staffing would mean. He said the salary rollback will involve days off.

"There will be days the company will be closed in North America. It has been fairly common in the technology sector, unfortunately it’s becoming even more common with the state of the economy and reduced visibility and uncertainty as to what is truly going to happen as we look forward at the next few quarters," he said. "If you listen to all the pundits and economists I don’t think anyone can predict how long this is going to last."

“We are watching things pretty carefully and still feel pretty good
about our position in the market, but it will be a few months before we
know the full effects,” said Strom

“Capital expenditures are on the way down across all retail and what
they are interested in today is delaying the rollout of next-generation
IP technology and looking at prolonging their DVR platforms a little
longer. It’s a more cost effective way of doing an installation,” said
Strom.

“They’re still looking at DVR technology which bodes well for us, and
they are also looking at loss prevention tools (because) there is a
clear demonstrable return on investment with that kind of software.”
Strom is confident the company’s earnings will remain strong due to
geographic and vertical market diversification.

March has also
re-grouped its workforce and is doing what it can to keep jobs in
Canada, despite the layoff of 20 people in the summer of 2008. The
Ottawa-based company also recently eliminated 15 positions at its Trax
Retail Solutions software development location in Scottsdale, Az.,
which it acquired in 2006. The cuts represent seven per cent of the
staff at the Trax operation.

“We acquired the Scottsdale operation about two-and-a-half years ago
and we decided to bring the intellectual property back to Ottawa and
make it part of the cohesive video solution here,” said Strom. “We’ll
be doing some hiring of engineers in Ottawa to match the expertise.”

March also announced in November it was ending some outsourcing contracts overseas.

“We had taken on a significant outsourced project two-and-a-half years
ago because we had won a number of projects with companies like
Bombardier, as an example. We were in the process of developing next
generation mobile technology. We were hit with so many development
projects at the same time that the plan was that we would do it until
the products could come to market and reach a level of maturity and
then reduce our spend overseas — so that’s what we’ve done.”

Strom says March Networks had record revenues for the second quarter of
2008 and “continues to feel bullish" on the overall business.

Wilenius said managed services, particularly in this economy, could be a solid play for the company.

"If you look at some of our installed base our customers they may be using our technology to monitor and maintain the health of their IP video systems and may be using people to do it and there is the possibility that there may be a better value proposition to outsource to a trusted third party," he said.

March recently announced some new contracts for managed services including a large global bank in Mexico where March will manage 1,200 sites.

"We may see more of this as the recession drags and people start  looking at staff reductions as a way to save money," he said.

The company is also looking overseas to emerging markets where security spending is still strong. It now has about 35-40 per cent of its revenue coming from non-North American sources.

“We have broadened the revenue stream for the company so even if there
is a slow down in North America in markets such as retail, we are
making it up in growth areas such as the Middle East and India.”

Europe in general is a large market for March Networks. Last year at this
time Strom says March Networks had about “a couple million dollars”
from the European and Middle Eastern market and now it’s looking at $15
million to $20 million in that market, largely due to the acquisition
of Cieffe, based in Milan, Italy, but also “strong organic growth in
the commercial industrial sector primarily” in places such as Dubai.

Wilenius also said the company remains committed to large trades shows in 2009, such as ISC West in April.

"It’s not like the industry has disappeared – even in the context of a slowdown, globally, CCTV is an $8 billion industry. Customers still have security requirements and budgets. What the uncertainty is is that the growth rate is slowing, but it’s not going to zero and there are still lots of business out there to be won. It’s really an issue of the uncertainty of being able to know how much."