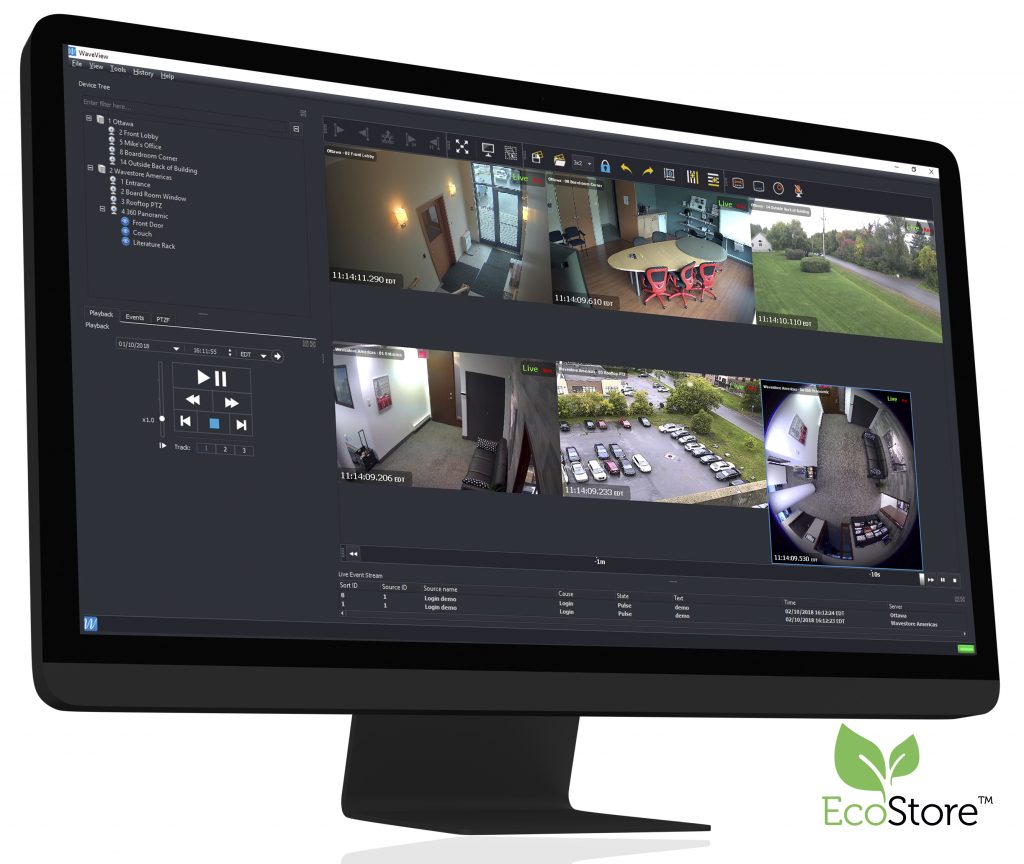 Wavestore has released v6.14 of its open-platform Linux-based Video Management Software (VMS). Multiple cameras can now be configured and set to record in a matter of seconds thanks to a completely revised camera setup screen. Separate camera groups can be created and used to quickly apply common settings, such as stream parameters, recording framerate and quality settings, to all cameras in the group at the same time. Wavestore’s proprietary Large Allocation Storage System (LASS) file system, which is designed specifically for professional VMS solutions, already offered several advantages over traditional file systems, such as error-free, robust and reliable recording, lightning fast video search and recall, lip-synchronised audio as standard, and the ability to store multiple Petabytes of data. It has now been enhanced with new feature sets which include: Creation of logical disks; Wavestore HyperRAID, which delivers up to N+5 redundancy; and EcoStore, saving over 80 per cent energy on storage.