Linear, a subsidiary of Nortek, announced this week that it has closed its acquisition of 2GIG Technologies. The company will be rolled into Linear's security and control group. 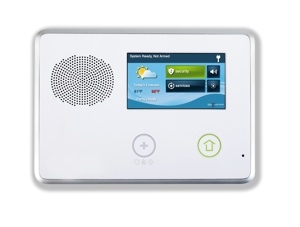 The acquisition, worth approximately US$135 million, was first announced in February.

Linear says its dealers and OEM partners will gain access to 2GIG’s Go!Control platform, an integrated security and automation system that includes a system CPU, touchscreen interface, Z-Wave radio for automation, cellular radio for communications with a central station, and narrow-band RF for communicating with security sensors.

“Acquiring 2GIG positions Linear as one of the world’s top-tier hardware developers and manufacturers in the rapidly growing residential security and home automation markets,” said Michael O’Neal, president of Linear, in a statement. “We’re especially excited about the synergy between the brands since 2GIG offers products that can be leveraged by Linear and its dealers to grow their businesses. At the same time, Linear offers products that can expand and enhance the 2GIG home automation platform, potentially opening doors to new market opportunities.”

“Adding 2GIG’s technologies and products to the Linear portfolio strengthens our product pillars of security and control, access and integration, and health and wellness,” said Duane Paulson, senior vice-president of product and market development for Linear. “Our dealers and channel partners now have more choices.”

“This is an absolute perfect fit for 2GIG,” said 2GIG co-founder Lance Dean. “We’ve known Nortek/Linear from the very beginning. They’ve been an instrumental part of our success.”

Linear co-developed and has manufactured the Go!Control platform for 2GIG since the company was established in 2007. The acquisition of 2GIG also includes a five-year supply agreement with Vivint.