Liberty Defense says security teams can guide travellers through its detection system without the need to stop and remove keys, cell phones, or other items from pockets. 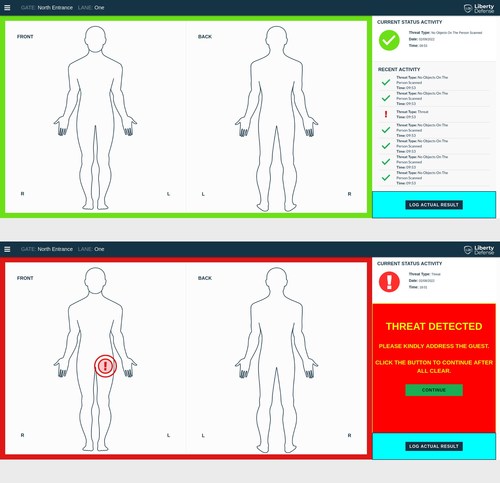 Toronto Pearson will be the first airport in the world to assess the HEXWAVE walkthrough security detection portal.

The company says several members of the Liberty Defense team, including CEO Bill Frain, have previously been involved in the development and mass deployment of similar screening technologies used in airports internationally.

“The HEXWAVE is planned to act as an additional layer of security at airports, extending the perimeter of the screened area to include the entrance to the airport itself,” said Frain in a statement.

This strategy enables security teams to detect threats at the perimeter of a property without obstructing the movement of large groups of people.

HEXWAVE can operate in both indoor and outdoor environments.

The screening program uses 3D radar imaging and artificial intelligence, primarily to detect and identify concealed weapons as well as other threats and anomalies both metallic or nonmetallic.

Liberty Defense says security teams can guide travellers through its detection system without the need to stop and remove keys, cell phones, or other items from pockets.

HEXWAVE does not retain the 3D radar image and only displays a standardized person outline.