News
Lessons learned: The opportunities you could be missing 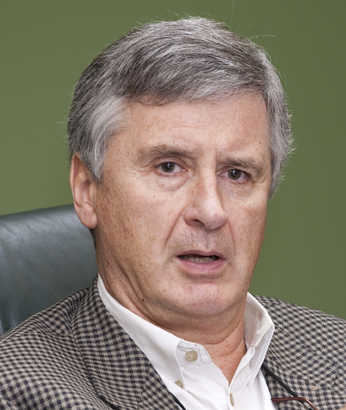 One of the best “lessons learned” came when I did my first acquisition deal for Reliance- Protectron back in 2003. I had made a call to a favourite dealer of mine to ask him if he would consider selling his accounts to Protectron. This was a routine, follow-up call and I did not think it would lead to anything.

Imagine my surprise when the dealer told me that he was now considering a sale. We went on to complete a very easy deal for his 600 accounts. Two minor lessons I learned here were:

1. Always make the follow call — even if you think nothing will materialize
2. Acquisition deals always seem to happen more easily with dealers who are on top of their business

But the real lesson came that night when we were having dinner after the deal was done. I asked the dealer why he had decided to sell now. His reasoning was as follows: he wanted to be able to concentrate on getting more of the larger commercial deals available in his market and he couldn’t spend the time required on all this new business while managing his existing account base.

It is true that this dealer probably spent more time managing his accounts than most. He uploaded/downloaded all his own panels for all access code changes. He had both hard and soft copy on all the data on his accounts and kept both completely up to date. However he went on to explain that when you add up the time that should be spent managing an account base and match this against the very little extra money the dealer earns from this, it is a wonder why some dealers who have alternatives continue to do it! And this does not count the strain of being on call much of the time, having your techs tied up on less profitable alarm service calls and having to replace the annual attrition (no less than 5 per cent) that every account base produces.

In doing some searching, I found an article that said as much as 60 per cent of a dealer’s day can be taken up with such routine “managing” tasks. Whatever the percentage is, I bet it is more than you first think and, secondly, if the percentage is much below 40 per cent, I wonder what shape your accounts are in. Over the years, I have seen too many badly managed account bases with such things as A/R and files not up to date, accounts with no contract or cancelled accounts still showing as active.

And here’s the punch-line. In checking in with this same dealer two years later, I asked him how he was doing without the recurring revenue of his alarm accounts. He surprised me again by saying that he had just had his best year ever — all centred around being able to really concentrate on getting new commercial, high-profit business — and he was having more fun at what he was doing as well.

I am not suggesting here that all dealers should go out and sell their alarm accounts because they take too much time to manage. For most, that would be foolish and unnecessary. I am however arguing that if you are in the lucky position of having an opportunity to earn big profits elsewhere, don’t let owning and managing an account dictate what you do.