Features
Know your social: Social media sites can be a major promotional tool 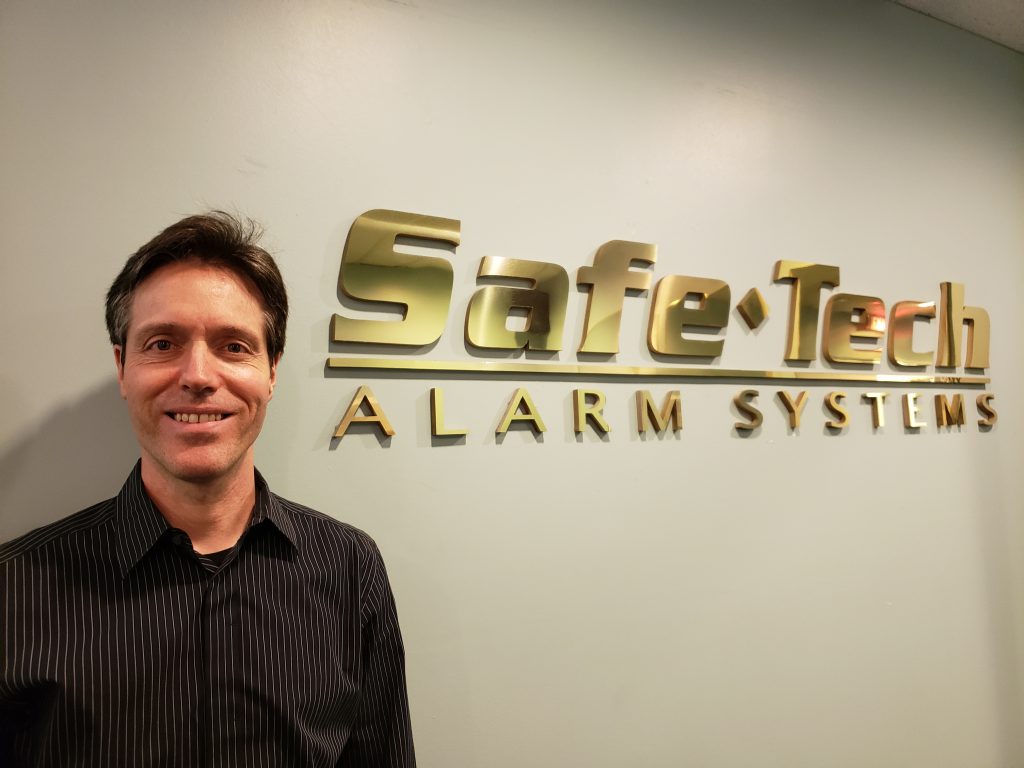 Security systems and equipment have traditionally been sold door-to-door or through radio and TV ads, but with the growing power of social media, this is changing.

Firms that sell security solutions are looking for a cheap and effective alternative to traditional advertising, and social media provides that.

According to Bill Hensley, senior director of marketing for Nortek Security & Control, “Most smaller dealers don’t begin to have the budget to look at local area TV.”

Pascal Bergeron, national director of dealer sales at ADT for Canada, argues that TV and radio ads are not just expensive, but ineffective: “TV and radio are very expensive. People are watching less TV, and sometimes with the radio you pay a lot and you miss the target. Social media is safer for dealers, and they have more return on investment.”

He says his dealers are seeing improved sales and exposure by using social media, and he recommends all of the dealers representing the home security giant invest in it.

A lack of customer engagement is also an issue with radio and TV: “If I put an ad on the radio or I have a spot on TV, there’s no interaction with that customer, I don’t know who those customers are unless they contact me,” says Sean O’Leary, president and CEO of SafeTech Alarm Systems, a Toronto-based alarm and security equipment dealer, installer and monitor. “Whereas, I can ask Facebook to recirculate my ad or my dissemination to the same group, over and over again. It’s this idea of repetitive market targeting.”

Even other digital advertising methods have drawbacks. “Google search costs have grown substantially in the past year,” says Dina Abdelrazik, analyst for security industry research firm Parks Associates. “Small and medium-sized dealers can’t afford search ads anymore, and smaller dealers are shifting their advertising spend to Facebook, where dealers can get more leads for lower cost.”

O’Leary says, “There’s no question that pay-per-click is very expensive. When you’ve got companies like Rogers and Bell in our space, with deep pockets, paying $60 for a click, it becomes prohibitive to duke it out with them. So, then you just try to find other mediums.”

Graybar Canada, a wholesale distributor of security equipment, which represents brands like Alarm.com, Interlogix, Pelco and Aiphone, is taking advantage of paid social media (ads and sponsored posts) through Facebook and LinkedIn. Julie Darnbrough, the firm’s marketing and communications developer, says, “With paid social media we’re able to target specific demographics such as job title, location, age, interests…etc. This is extremely valuable as we can measure engagement.”

O’Leary says most of his efforts go towards boosting the content shared on Facebook, SafeTech’s preferred social medium: “We create different videos and different information cases and we disseminate that.”

Another important aspect of social media for O’Leary is building trust with customers, which includes contributing to social media network groups, being a part of a dialogue, and developing a reputation as a security expert. “A lot of stuff you do online, it’s first about giving back, you really have to give to the medium and once you become a trusted source and a known source, or an expert, more people will circle back to you,” he says.

O’Leary’s social media strategy boils down to reaching a target audience, sharing informative content to educate followers about his products and services, and building lasting relationships: “Do your best to educate and hopefully entertain as well.”

Darnbrough, whose firm is also building and sharing multimedia content, like videos, blogs and case studies, says, “Having a basic information-based website isn’t enough today. Customers are looking to make connections with brands they can rely on and trust.”

However, Darnbrough cautions that once a firm starts churning out content for followers, it needs to maintain that engagement: “One of the main differences between digital and traditional marketing is the expectation of creating content. With digital and social media, your audience expects fresh content more frequently – sometimes even multiple times a day. If you’re not able to commit to posting content on a regular basis it can lead to your audience losing interest.”

For the dealers involved in Nortek’s dealer program, which marketing director Hensley supports across North America, “On the social front, we’re wrapping up a guide document for our dealers on how they can best use the tools that we’re providing to maximize their exposure and their social channels in their area.”

Bergeron says ADT provides social media guidelines for its dealers, but they are more focused on how to best represent the brand and mistakes to avoid, such as misrepresenting offers or changing ADT’s iconic logo to suit personalized branding. “The guidelines are more what not to do, than what to do. We just want to protect the brand. What they (dealers) should do, normally they are good with,” he says. He explains that ADT audits dealers, visiting their websites and social media sites, and provides constructive feedback when things need improvement.

Hensley says Nortek is also “trying to produce a lot of new video content for the dealer to be using, whether it’s on social or posting on their website, or sharing with the customer…video is a key thing. It’s what we’re trying to make a lot more of this year.” He also says Nortek tries to focus on things that are difficult for most dealers to do, and video can be tough for some.

Bergeron says that while ADT provides images and videos for dealers to help craft their social media presence, the firm’s dealers create their own messaging. When it comes to shooting videos he says, “Sometimes they (dealers) will prefer to do their own because they can have their logo and it can be more personalized than the ADT generic logo.”

O’Leary says SafeTech has never utilized marketing support or content from its manufacturer partners, and instead has crafted its own digital presence. SafeTech’s Facebook page and website are filled with videos emphasizing the personalized service of the dealer over the value proposition of the equipment, in many of which the CEO himself plays a starring role as the face of his brand.

While the prospect of controlling their own message may be attractive to dealers, it can be time-consuming. So, Hensley says he advises dealers to leverage what Nortek’s central marketing team is doing to promote the manufacturer’s offerings. “We have our social media manager posting on multiple different channels across security and other brands. And then for dealers, it’s as simple as following us there, and then when there’s something that makes sense, repost it to your followers and add that local level—’we’re the supplier of that product in the area,’ for example,” he says. “We’re just trying to make it easy. Most dealers have got way too much to do, so the easier the manufacturers can make it with these tools the better.”

When it comes to providing marketing support for individual dealers, Hensley says it’s a matter of playing to strengths, as some are very clear on what they need, while others need a helping hand to find what works for their business. “Some dealers are better at installing, some are better at selling, and so for those who may be better at the installation part, we’ve got to have more of the cookie cutter availability of the assets. For those who have a phenomenal sales force and just occasionally need some fresh tools and graphics, it can be a little bit easier. It’s a spectrum,” he says.

Keeping with the curve

In terms of where most dealers are at in their embrace of social media, Bergeron says about half of his dealers have jumped on board while the other half are “more old fashioned.” He says, “The Yellow Pages are dying, everybody’s going on the Internet, so of course it’s (social media) the new way to do business.”

O’Leary concurs, “We cancelled all of our Yellow Pages ads… we stopped receiving the value so we ended up cancelling a lot of the traditional things” He says SafeTech still does some direct mail and telemarketing, but in general, his firm had to scale back use of traditional mediums because they were becoming cost prohibitive and unsuccessful.

Hensley says his experience with social media adoption is a mixed bag as well. “Some dealers embraced social early on and built reasonable networks. Others are maybe a little late to the game or don’t have the energy or the know-how to make it work,” he says.

For Graybar, “Social media and digital strategies are going to be our main content distribution platforms as we move forward…we’ll likely have a 50/50 split between digital and traditional, but as we begin to create more digital content these ratios will begin to favour online platforms,” says Darnbrough, who explains that with traditional marketing strategies it’s very difficult to track and measure engagement, which is where social media provides an edge.

Hensley says that ultimately dealers want to have a social media presence, so that they can be a part of trending conversations, they can find customers and customers can find them.  He continues, “social media isn’t just one thing anymore. It’s Twitter, LinkedIn, Facebook — wherever customers are, dealers should be ready to be there.”

Bergeron says that exposure is vital for dealers: “If the customers don’t see you, you cannot make any sales.” He continues, “Of course, the more dealers invest the more results they have.”